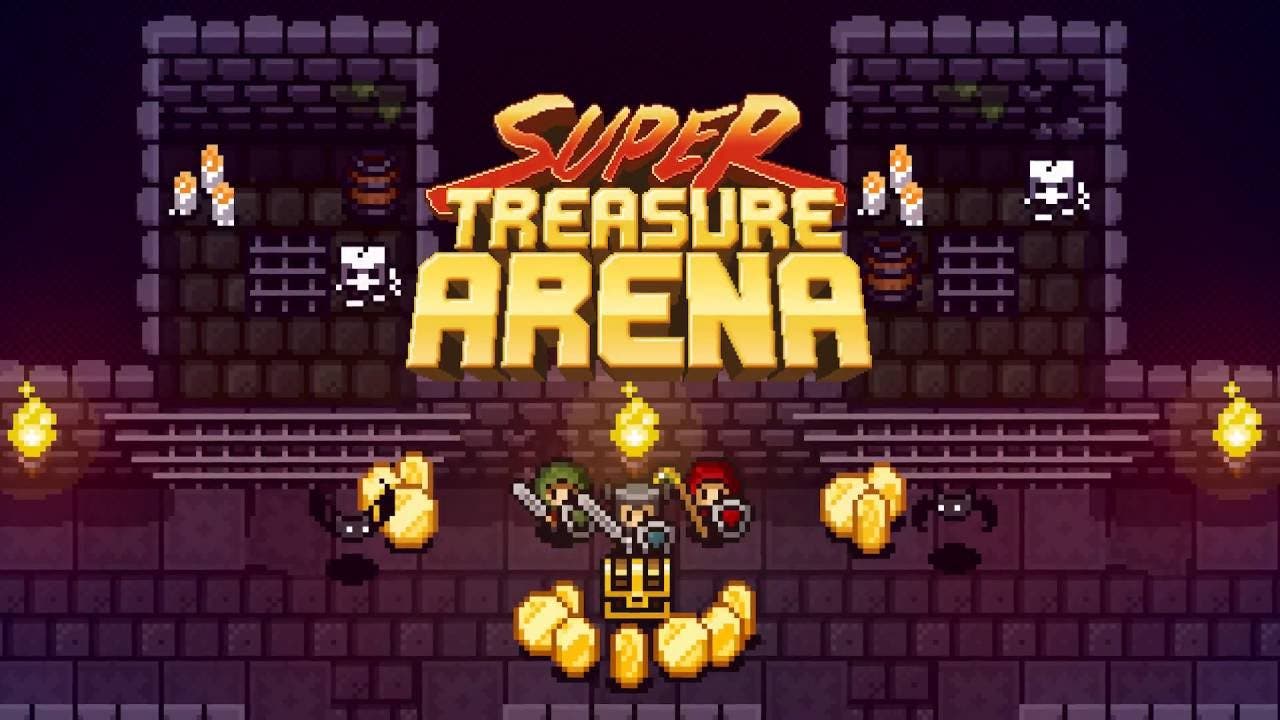 Super Treasure Arena, a retro-inspired “winner takes all” arena shooter, will open its gates for treasure-greedy action junkies. The game’s competitive play sessions are focused on playing with buddies, either in split-screen, online or both at the same time. Besides real human enemies and bots, there’s a menagerie of monsters to shake things up (and drop coins for you to grab!).

As there’s no pre-game inventory loadout in Super Treasure Arena, you pick up your weapons on-the-fly. Depending on the weapon you’ll find, you can then either shoot the hell out of your buddies or try to avoid direct confrontations by going “ninja style”, focusing on monsters and treasures. On top of that, each of the five characters has a unique special ability to turn the match around. Either way, you need to grab the loot and avoid being blasted by your “buddies.” The action is non-stop and a ton of fun.