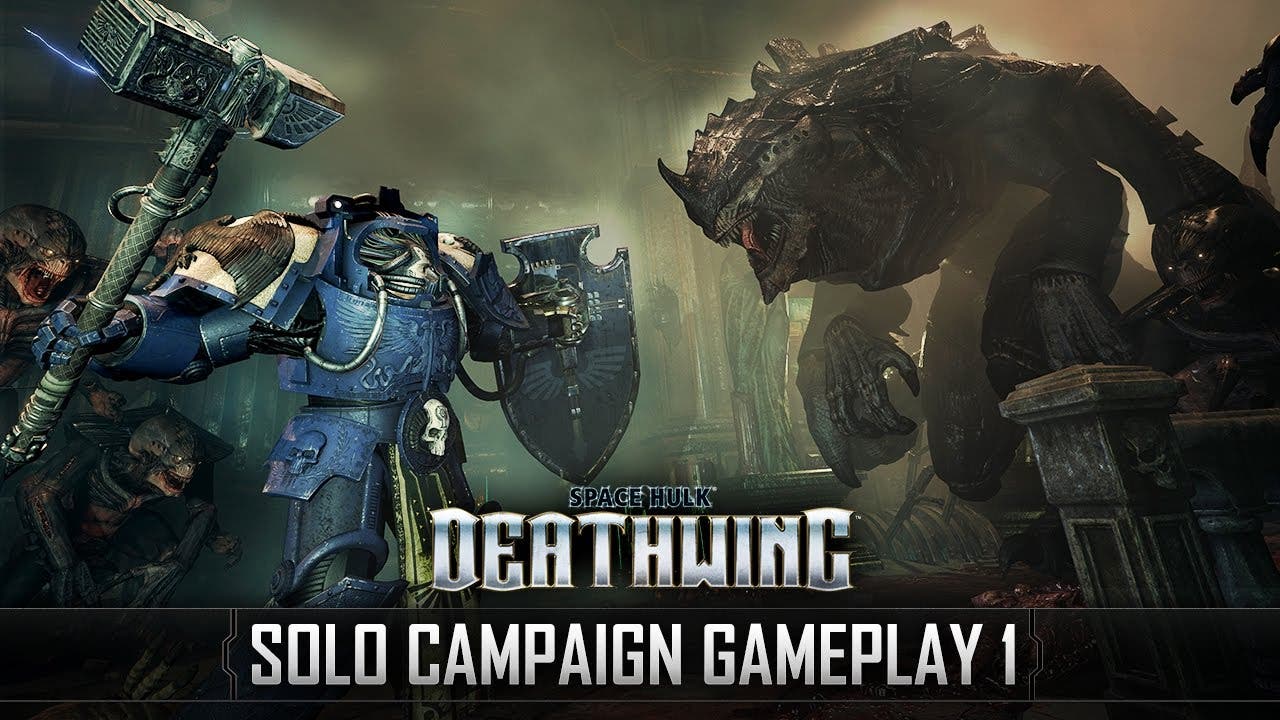 Space Hulk: Deathwing, the upcoming first-person shooter set in the Warhammer 40,000 universe, features a solo campaign written in collaboration with Black Library author and Dark Angels specialist, Gav Thorpe, as well as cooperative multiplayer. With only one month left until release, you can now watch 17 minutes of uncut gameplay from the solo campaign. Clocking at around 15 hours of gameplay in normal difficulty mode – more when playing on harder difficulty and if players take time to explore, finding hidden relics on the way – the campaign boasts huge environments, with lots of optional areas and secret rooms to discover.

In the solo campaign you play as a Librarian of the Dark Angels’ 1st Company, the Deathwing, taking on swarms of Genestealer in the Space Hulk Olethros with Storm Bolter and Force Sword in hand. The Librarian is a Psyker, granting him access to powerful psychic abilities such as chain lighting, a powerful lightning bolt, which arcs between multiple enemies; and Shockwave, which blasts enemies back from you. You will need to utilize the full armory of the Deathwing company, your powerful psychic abilities, as well as the squad members under your command to fend off the xenos threat.

The Genestealers adapt their behaviour, based on their numbers, their type, and your actions. Commanding your teammates to cover you, block doors to prevent genestealers from flanking you, heal you, or hold a key position, is vital to survival in the depths of the Space Hulk. By playing the campaign you also unlock new weaponry for use by you and your squadmates, along with gaining experience to spend on three skill trees to unlock powerful new abilities.

Space Hulk: Deathwing is available for download on PC, December 9 before landing on consoles in early 2017. Pre-purchasing through Steam will gain you access to the pre-order beta, beginning end of November.