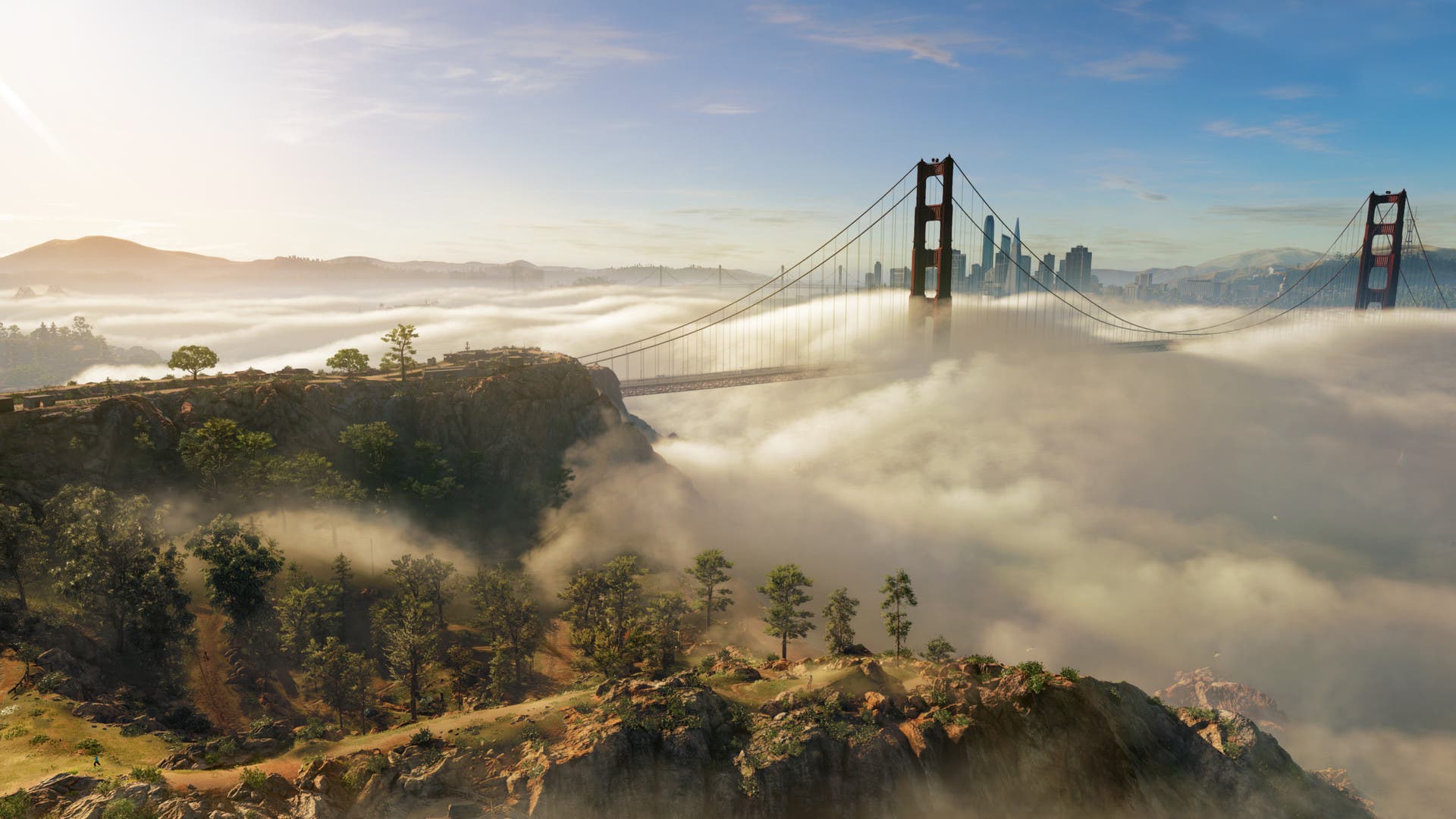 I did miss the more serious, almost Blade Runner style vibe from the first game. Despite the fact that Aiden Pearce was an asshole, I always felt cool hacking and infiltrating facilities in that game. Here, that feeling is quite gone, and everything just feels more frivolous. Watch Dogs 2 is an enjoyable, yet flawed, ride. However, poor check-pointing, and putting in place limitations to keep the player underpowered for a long stretch of the game mar this experience.

Watch Dogs was an interesting new IP that came out in 2014. It took the Assassin’s Creed molded Ubisoft open-world formula, and set it in a modern day world with hacking as your tool in place of a hidden blade. It wasn’t perfect, the characters kind of sucked, but I enjoyed it.

Two years after the first iteration in the franchise, Watch Dogs 2 has arrived. Immediately, this game feels a lot lighter hearted. The main player character, Marcus Holloway, is more jovial than his iconic-hat-wearing brooding predecessor, Aiden Pearce. And he works with an eccentric team of hackers who are equally entertaining. And yes, they are more entertaining than the crew of characters in the first game. At the same time, the game might have gotten a little too light hearted– to the point where it’s hard to take it seriously when the game tries to hit serious tones later in the game.

The story is about taking on corporations which are parodies of today’s tech giants– companies which are essentially stand ins for Google, Facebook and the like. And takes a lot of inspiration from the type of stories we read coming out of WikiLeaks and the like. Basically the corporations are evil and are manipulating the masses to their benefit. Your hacker group, DeadSec, is about exposing and taking down the corporations.

The biggest change in Watch Dogs 2 is that it emphasizes hacking over combat. However, you’re severely under powered at the start of the game both in terms of hacking ability and combat. Just like in the first game, you are able to hack via jumping from camera to camera. But now you can also hack via a little RC car called the Jumper, and later in the game, a quadcopter. However, there are limits. These devices can only be a certain distance away from you before they stop working. And some objectives can only be completed in person.

Marcus is also very fragile. He’ll go down easy with a few bullets. So early on, your tools are ineffective (since you haven’t upgraded them yet) and you die pretty easily. Top that off with the checkpoint system in this game being quite terrible, and that makes the core gameplay frustrating. I can’t count the amount of times I tried to go for a no kill/no alert run, spending about 30-45 minutes and completing several objectives along the way, only to be spotted, die, and restart from the very beginning of the mission. This is pretty unacceptable in 2016. I thought after Assassin’s Creed 2 solved this issue by checkpointing on every possible objective completion in the game, we would never see another game which had checkpoint problems this severe, but I was wrong. The fact that I could lose so much time due to poor checkpointing meant that instead of carefully sneaking my way through areas, I ended up going in guns blazing over and over until one of my attempts worked. I did it because if I died that way, at least I only wasted 3 minutes instead of 30, and usually after a few attempts I would be able to brute force my way to where I wanted to be. The skill tree points also seem to be unlocked behind an arbitrary system designed to prolong the game. It isn’t just enough to have enough points to upgrade once you get to a certain level; you also need to pick up a specific item which unlocks the rest of the progression.

Once you do unlock the skill tree though, and learn how to use your tools effectively, the gameplay starts to get quite fun in spite of the poor checkpoints. For me, I was well into the back half of the game when I felt the balance of difficulty for the gameplay felt right.

Whereas the game misses the mark by disrespecting the player’s time with poor checkpoint, I do think it hits it in two other regards. First, there are A LOT of missions which are relegated to side mission content. I think this is a good thing– for anyone who wants to play more of the game; they can always reach into the pool of side missions. And for those who don’t want the game to be a slog, they can stick to the main missions and still feel like they had a very complete experience in the time it took to finish the game for them. Secondly, Fast Travel is unlocked from the get go. I found myself fast travelling through most of the game. I did miss many of the sights of Watch Dogs 2’s rendition of San Francisco as a result. But on the flip side, I still have a ton of side content I can reach into, and can still go back and take my time now that I’ve finished the main story.

I did miss the more serious, almost Blade Runner style vibe from the first game. Despite the fact that Aiden Pearce was an asshole, I always felt cool hacking and infiltrating facilities in that game. Here, that feeling is quite gone, and everything just feels more frivolous. Watch Dogs 2 is an enjoyable, yet flawed, ride. However, poor check-pointing, and putting in place limitations to keep the player underpowered for a long stretch of the game mar this experience.