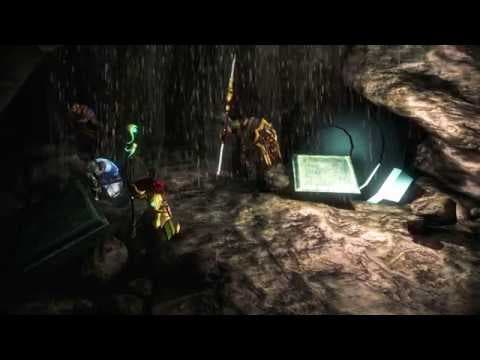 After the defeat of Lady Allevia and putting an end to her centuries-old torment, a mysterious, powerful figure has saved you from Guild Lord Davian’s attack and left you in the dark caves below the Catacombs. Ancient ruins lost to history, a malevolent race, and this mysterious figure’s agenda all stand between you and Davian: survival isn’t enough; your destiny await.

Flying Helmet Games is pleased to announce the third episode of Eon Altar titled “Watcher in the Dark,” releasing on January 19, 2017. Episode 3 will require both Episodes 1 and 2 to play.

What does your mysterious benefactor want? And can he help you escape the Paths of Madness with your sanity intact?

Episode III – Watcher in the Dark Consists of:

Continue your adventures with Episode 3 – Watcher in the Dark. With over three hours of new content, you’ll continue to banter with your friends in dialogue, prepare your characters for the final battle, and fight as a well-oiled, tactical machine.

Designed to be the ultimate couch co-op experience, Eon Altar is best played on a TV. Using the free Eon Altar controller app available on the iOS App store and Android via Google Play, 1-4 players can sync via wifi to one copy of the game for an epic RPG local co-op experience.