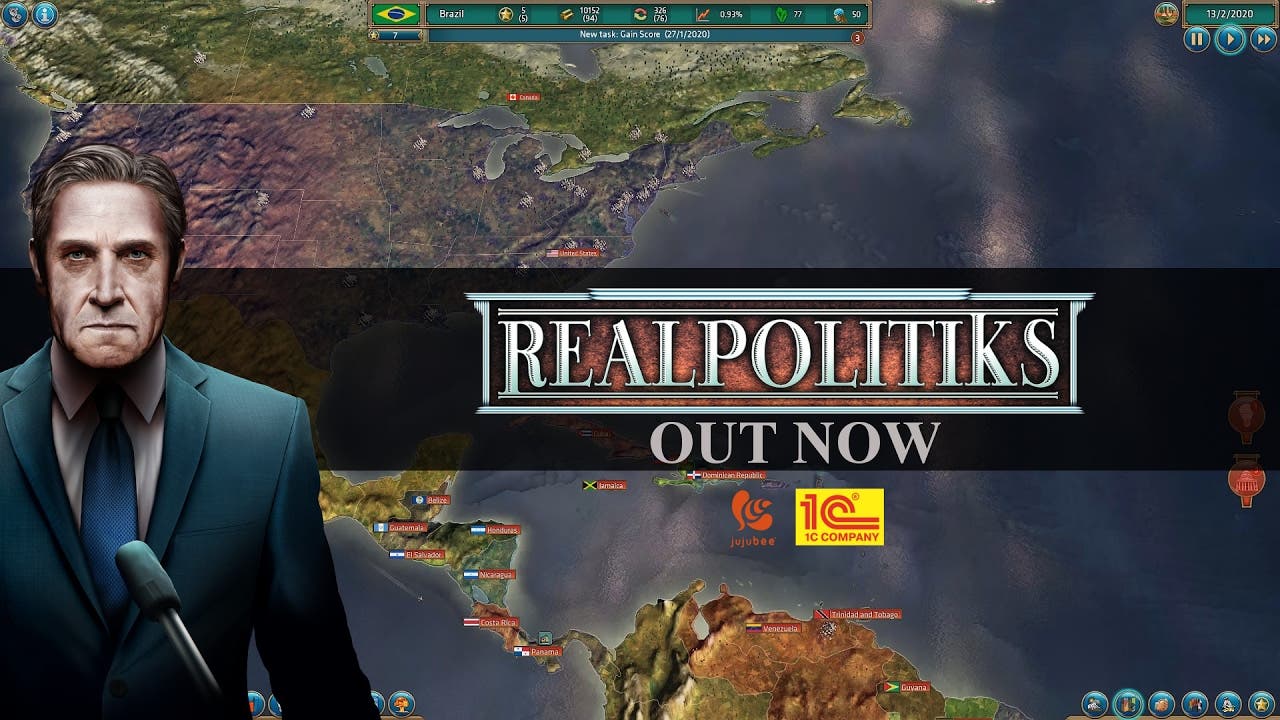 Realpolitiks, the new grand-strategy game from 1C Publishing and Jujubee is out now

Jujubee Game Studio announces that Realpolitiks has been released today.

This modern-day, streamlined Real-time Grand Strategy developed by Jujubee, is now available for Windows, Linux and Mac OS via Steam and other digital stores.

“We’re thrilled about how Realpolitiks has been received by both the media and the gaming audience.
We like to see that gamers are excited by the idea of running their country in the modern day, with all the possibilities and challenges politics have to offer,”
– said Michal Stepien, CEO of Jujubee S.A.

A demo version of Realpolitiks (available now for PC, MAC and Linux), customized to allow gamers to get quickly acquainted with the core mechanics and the game’s complexity, is available through Steam, 1Cpublishing.com and other websites.

A mobile version of the game will be released in the first half of 2017 for iOS and Android devices.