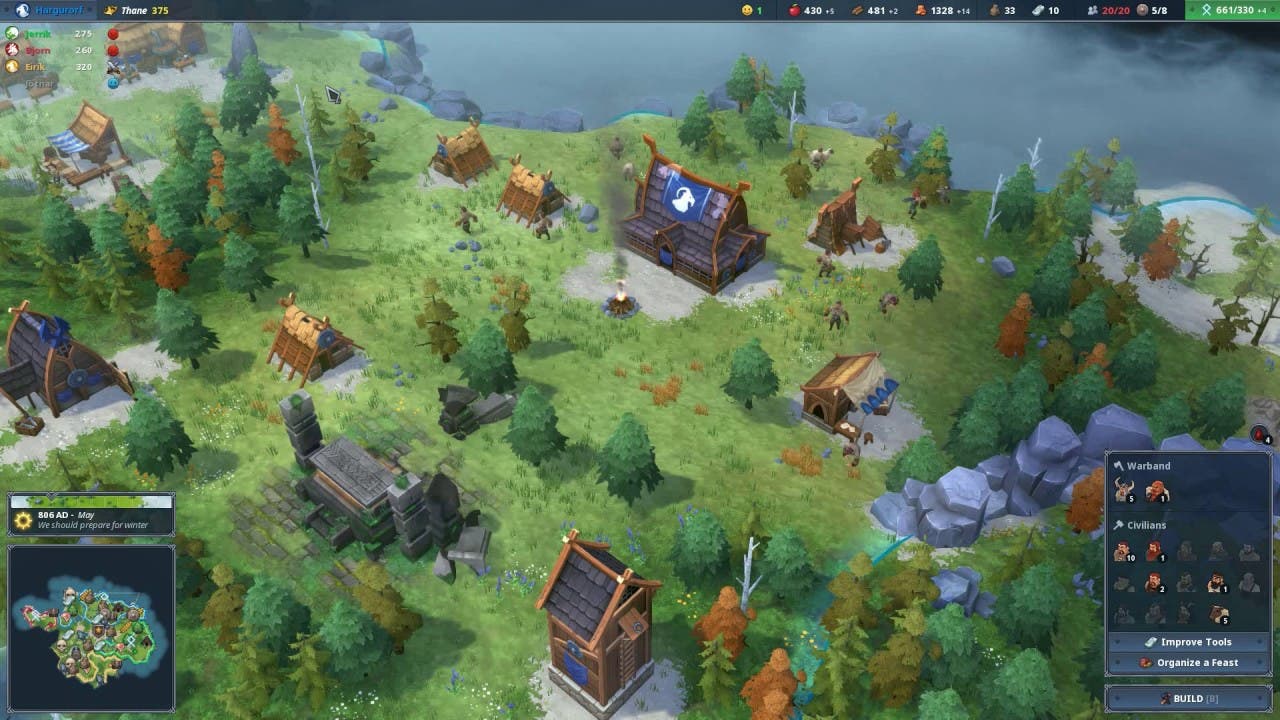 The new Viking strategy game Northgard will be available today on Steam Early Access for $19.99, bringing a unique mix of exploration, village building and combat heavily infused with Norse mythology.

Being developed by popular indie studio Shiro Games (Evoland 1 & 2), in Northgard players take control of a Viking clan who arrive on unknown and unforgiving shores, where they have to establish a village, gather resources, grow their society and defeat their opponents. In their quest to conquer this new and mysterious world, clans will face off against undead warriors, giants, dragons and other foes while surviving the harshest environments.

The Early Access version of Northgard allows players to:

“We have always been fans of strategy and simulation games, and with Northgard we have taken what we think are all the best bits, and added a lot of cool Viking themes and fantasy to the mix,” said Nicolas Cannasse, co-founder of Shiro Games. “Launching on Early Access will allow us to get direct feedback from our players which we’ll use in fine-tuning the development of Northgard. Not only that, we’ll also be bringing lots of cool new features to the game in the coming months, like new clans to play around with and a story driven campaign amongst other things.”

Early Access is just the start for Northgard, with Shiro Games continuing to add new content to the game during development. Extra features planned for Northgard include a full dedicated multiplayer mode, a story driven campaign mode, new playable clans and a host of new features such as an improved trading and diplomacy system, and more victory conditions.