The development team at Studio Wildcard today have launched another content-crammed update for their dinosaur-survival game, ARK: Survival Evolved. The free new update is one of the largest to date, including four new creatures (ready for the fun of herding Giant Bees?), more sci-fi TEK structures and gear such as the Cloning Chamber, TEK Megalodon Saddle, TEK Grenades plus TEK Turrets, the arrival of the Ascension mechanic accessed via the ultra-dangerous new cave in the sweltering crater of the active volcano, two new hairstyles, tons of new gameplay music tracks, additional UI overhauls, full console-style gamepad functionality and more!

New Features in the v257 Patch

Apis Lithohermaea (Giant Bee) – Basically giant prehistoric bees, Apis are quite territorial. When encountering these fuzzy yellow nightmares, take caution: Apis stings will significantly weaken any creature which suffers them, and because its stinger is not barbed, Apis can sting multiple times for multiple agonies. A tamed Apis Queen will lay new drone eggs, and construct a nest that (protected) survivors can farm for honey. The honey is not only sweet and delicious, but laced with scents that land mammals find irresistible, so clever hunters can use it to bait their traps. 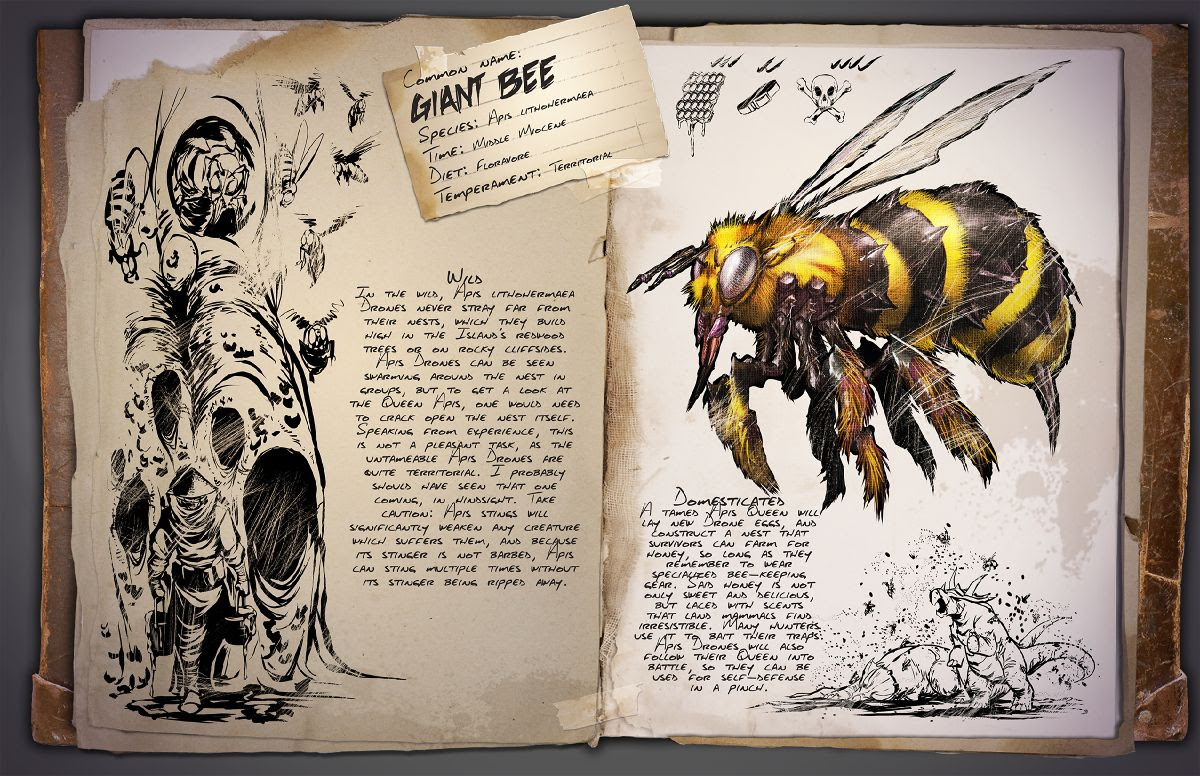 Kentrosaurus Aethiopicus – A smaller, but sometimes much more formidable cousin of the Stegosaurus, Kentrosaurus is one hell of a close-quarters combatant. Thanks to its wickedly sharp defensive spikes, any creature which attacks Kentrosaurus is likely to be reversely wounded in turn, and it is capable of piercing even the thickest of hides and armors when it goes on the offensive. A tamed herd of Kentrosaurus can defend a compound as well as take on any larger carnivore. One swing of its deadly tail can save a survivor’s life, or even turn the tide of a pitched battle! Alas, due to their spiked back, the Kentrosaurus cannot be ridden, even when tamed. 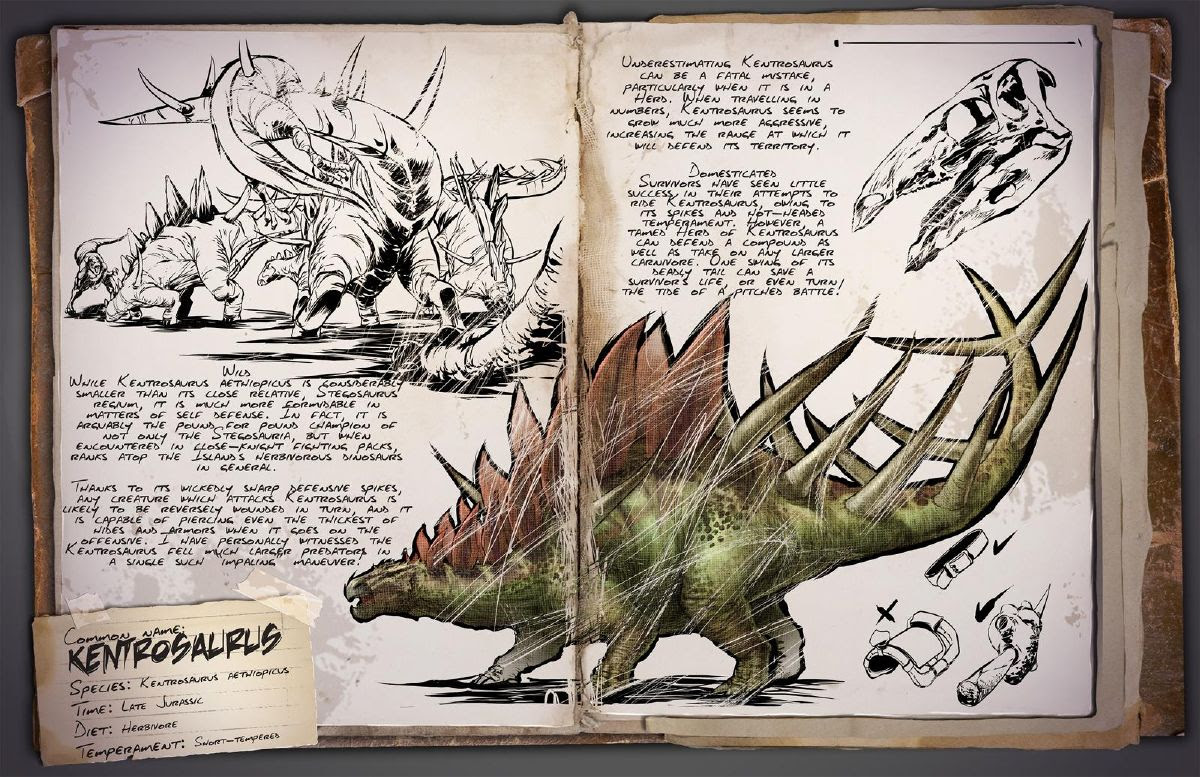 Liopleurodon Magicus – There are rumours circulating the tribes of The Island claiming that this beast has magical properties, however, the sightings have been rare so it’s hard to decipher old tribe tales from the actual truth. Whatever the case, this mythical creature has been said to have the ability to reward the adventurous survivors who tame it, the special attribute of luck. Treasure hunting tribes who have encountered the beast have used this magic to obtain loot beyond their wildest dreams. You’re probably wondering why these claims are tales, well it’s said that the Lucky Liopleurodon’s magic is so powerful, it cannot be kept under control, and after some time, it harnesses this power to get away. 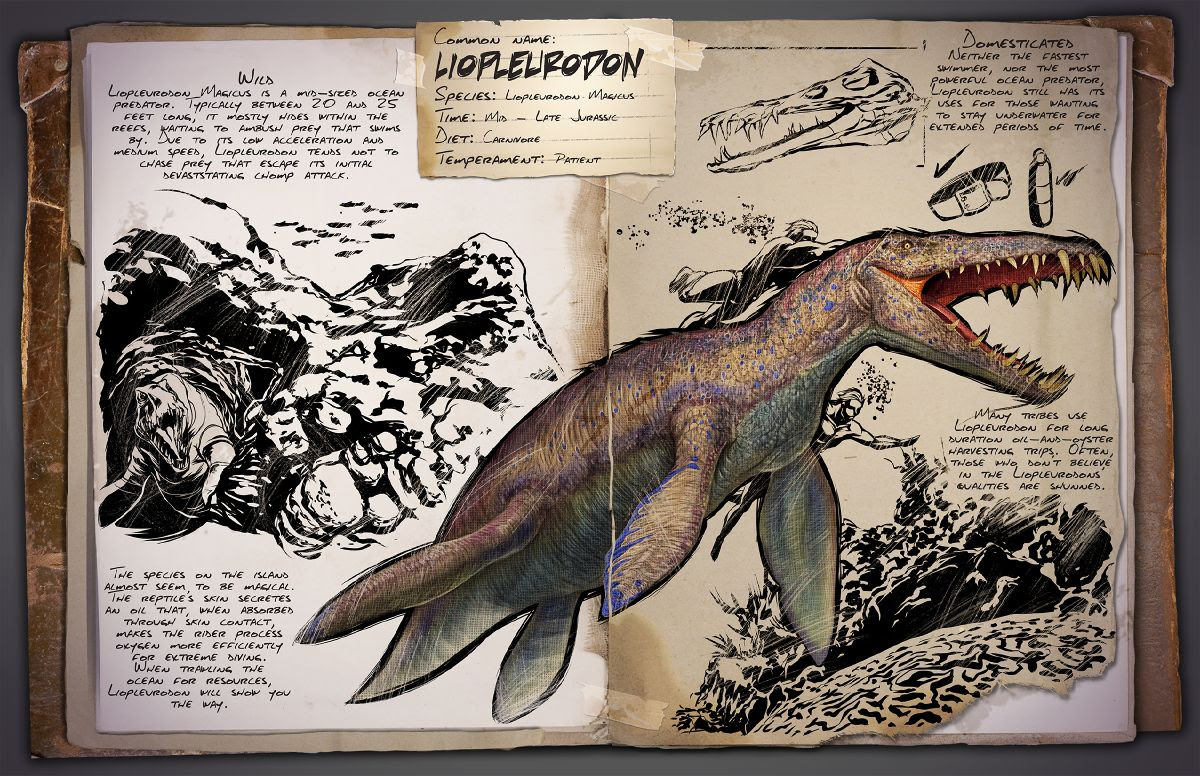 Daeodon Comedentis– Daeodon Comedentis is the largest known species of entelodont, an omnivorous family of ancient mammals that are sometimes referred to as “Hell Pigs.” Daeodon is as mean as it looks, and any survivor who wanders too close to its feeding grounds will find that out the hard way. As an omnivore with a voracious appetite, Daeodon scavenges, forages, and hunts to survive.

Its uncommonly high metabolism enables it to heal very rapidly, making it a difficult beast to bring down or even tranquilize. Many tribes have made excellent use of Daeodon packs within their war parties, not only because of its fierce nature but due to its remarkable ability to rapidly heal itself and its allies. 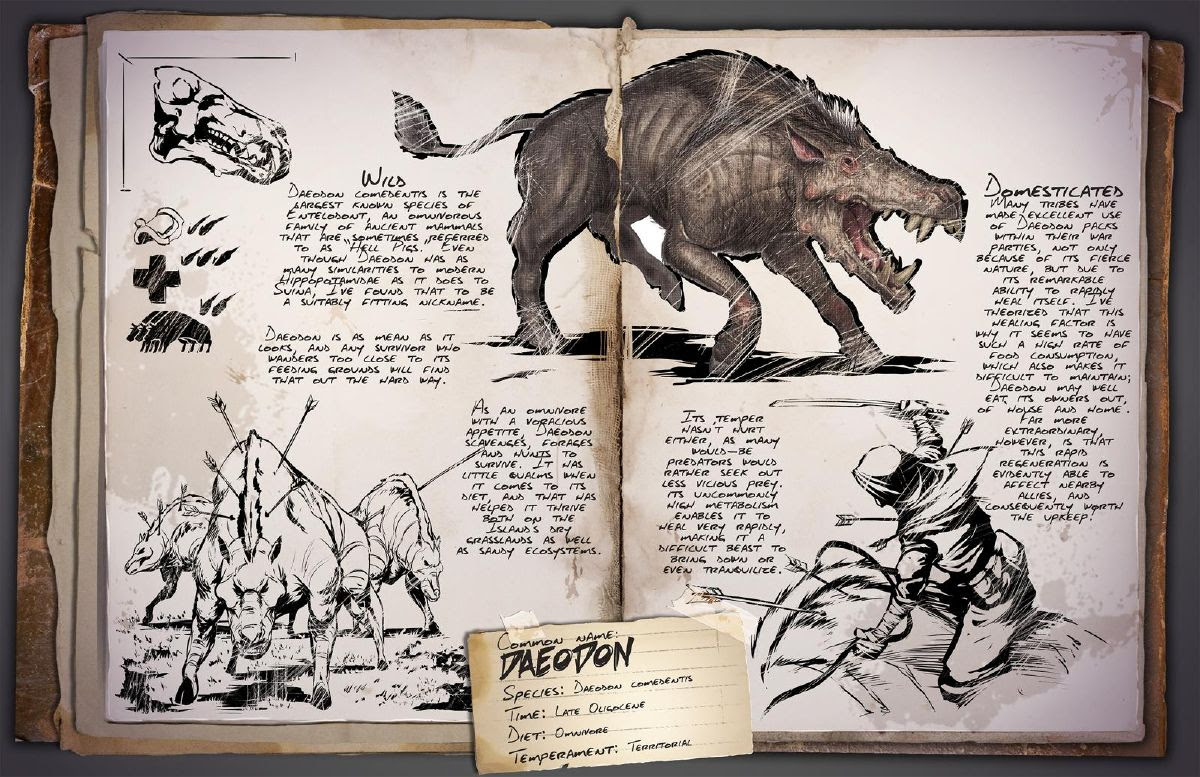 ARK: Survival Evolved is in development for Xbox One via the ID@Xbox program, Steam Early Access and PlayStation®4. The game is currently playable in on all three platforms, which includes Oculus Rift VR support and an integration of Steam community features such as Steam Economy and Steam Workshop for custom maps and mods. Players can host private/LAN servers and have access to a custom-built version of the Unreal Engine 4 Editor for creating mods. The world of ARK is designed to be modder-friendly and ever-expanding!