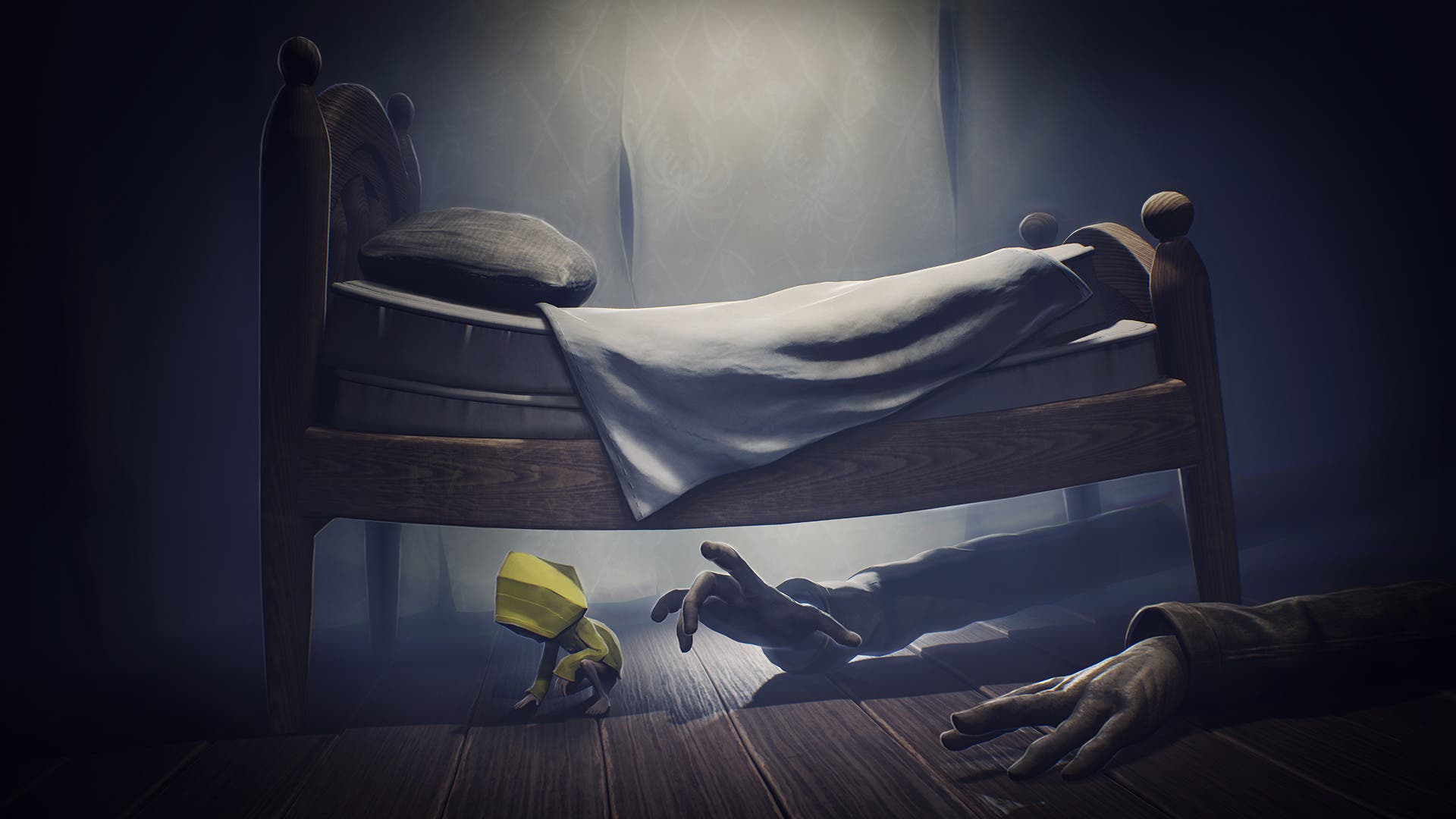 Little Nightmares is a game that was not on my radar, and seemed to come out of nowhere. The game elicits vibes from Inside and Limbo, offering a bow of respect from Tarsier Studios, as they work to carve a path in the adventure horror game with their own name. There’s some great moments of tension within Little Nightmares, but it fails to give you a reason to care or even be scared at the goings on, and gives a rather befuddling ending just as the credits roll. Little Nightmares has you controlling a child named Six, who wears a yellow raincoat and finds herself aboard The Maw; a disgusting, dilapidated, terrible ship with monsters only an imagination could create. Immediately the game’s presentation shows that Six is disempowered not only due to a lack of an offensive ability, but in stature as well. Six is tiny comparative to everything in the game, from the furniture to the people. Little Nightmares certainly preys on childhood fears, like: being captured, grabbed in the dark, and… being eaten? So, there’s a recurring theme of hunger, with Six herself and more so with the gluttonous humanoids aboard The Maw that is never fully fleshed out, but is repulsive nonetheless. There’s no talking or text during the game, so it is all to be interpreted. All the same, Little Nightmares is full of great tension, but slim on the storytelling.

The Unreal Engine 4 is used for the game, and has a moody atmosphere that I’ll remember for some time. From the prison to the bedroom to the kitchen, Little Nightmares has a look about it that is undeniably disturbing. Yes, the game is certainly creepy, but it is hardly ever scary. Most of what you’ll be doing in Little Nightmares involves running. Little Nightmares asks you to do minimal puzzle solving such as using the environment to access a key, trick an enemy, or evade capture through running. You tend to overthink situations when it is blatant when you stop and just look around. Little Nightmares is short, and doesn’t overstay its welcome. But for 3 hours to get through the core story, without even rushing does feel a bit shallow. The length isn’t so much the problem, it just feels like Little Nightmares was really getting going when it ended. Six has a lighter to illuminate dark areas. If nothing else, it is for a great lighting effect. There are neat collectibles in form of lanterns and candles that can be lit. Though oddly, they don’t act like a checkpoint or something significant – just a collectible to tick off a box. There’s also creatures with cone heads that run around that can be found, and breaking geisha dolls are also another type of collectible. They don’t hold much meaning, but are a bit of a distraction from the game itself. There’s also secret rooms via alternate paths that can be accessed, but these are far and few between.

While Little Nightmares takes place on a ship, the swimmy camera only becomes a hindrance rather than an immersion factor. I played the game with keyboard and mouse exclusively, and in hindsight was probably a mistake – I should have used a controller. But oftentimes, as the ship would sway on the sea, I’d miss a jump or fall off a narrow beam to avoid capture. At other times, the depth can be hard to gauge, but thankfully the camera does have some latitude to be adjusted to assist. I enjoyed my short time with Little Nightmares, but I wish there was a bit more substance in its subject matter for me to care just a bit more. As it stands, Little Nightmares is a neat distraction, and I hope Tarsier Studios goes a bit further with the story and world they’ve built, because Little Nightmares goes in some interesting places. The fact that Six’s hunger becomes insatiable by game’s end raises a lot of questions, but the real hunger is that I wanted more that Little Nightmares wasn’t able to deliver.