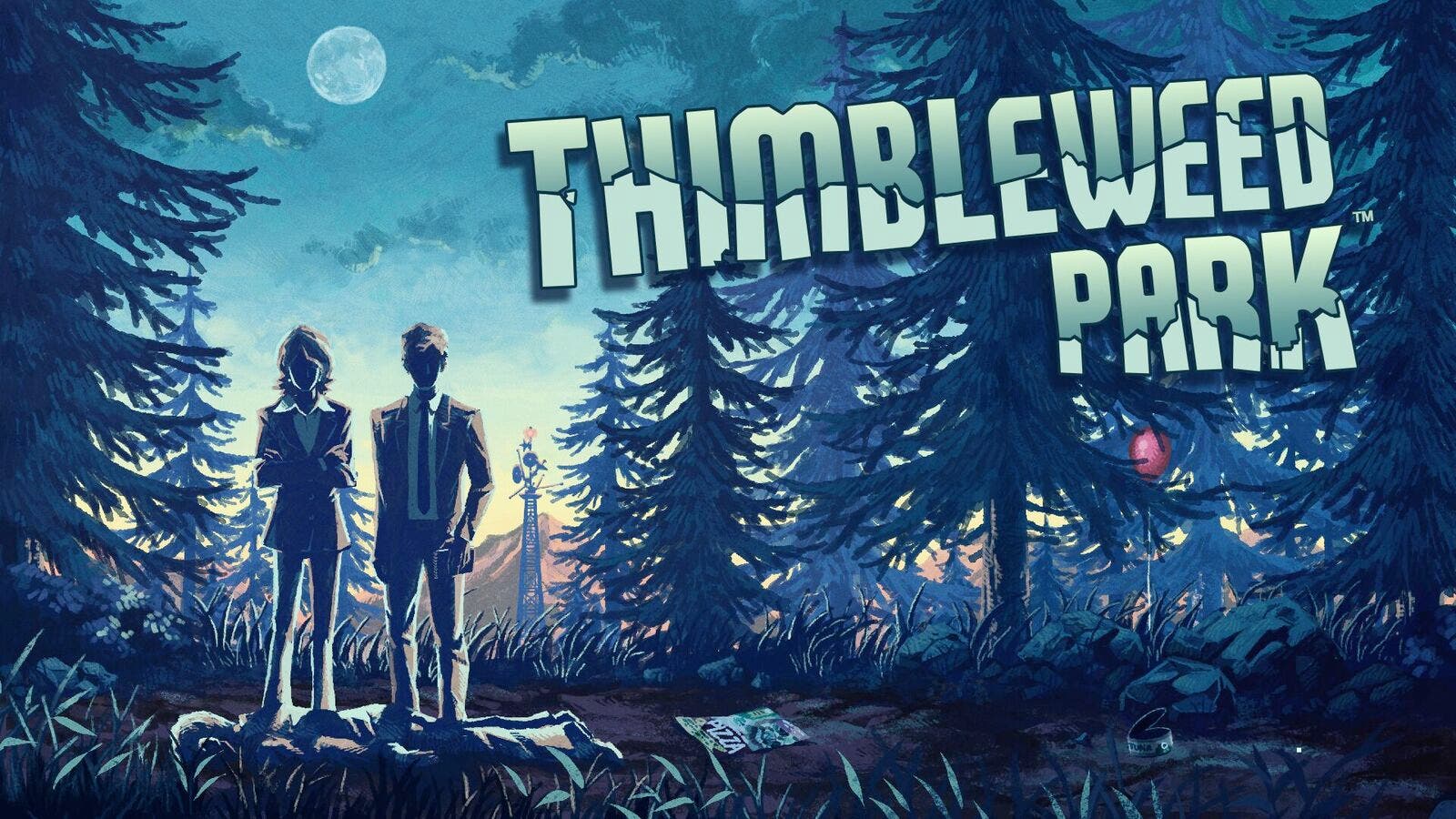 Thimbleweed Park has been released onto some major systems like PC, Xbox One, PlayStation 4 and now the Nintendo Switch. Terrible Toybox have made the most portable version of the game to date, and is worth every penny. Thimbleweed Park retains everything that made it great on other platforms, but now in a “go-anywhere you do” package that is easily its trademark feature. 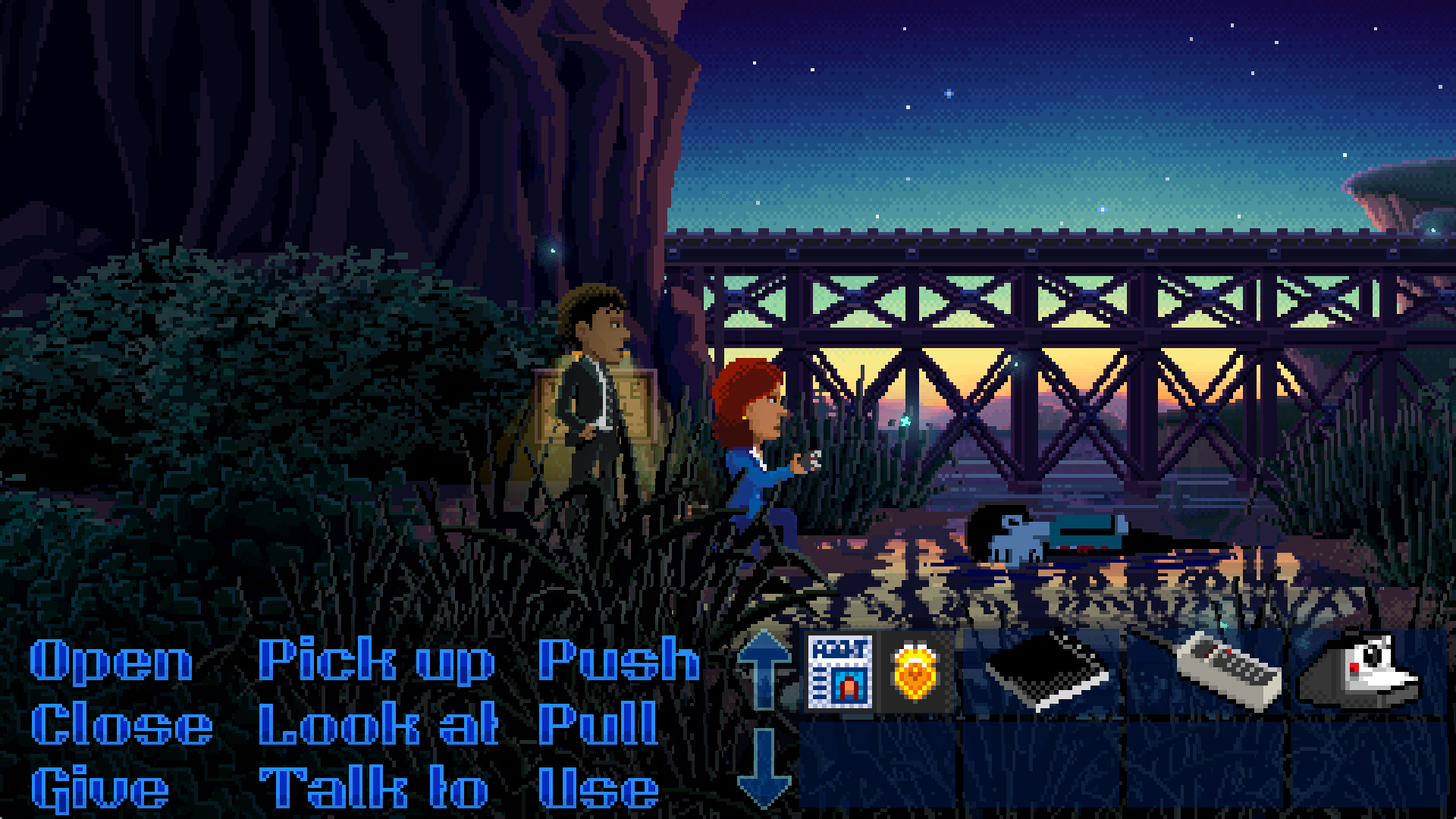 Thimbleweed Park boasts more features than its portability, such as the fact that the game can be played entirely with the touch-screen. No joy cons or controllers needed here. You can also use the d-pad or analog stick to move the cursor like a mouse, which works better than you think. The sensitivity seems dialed in, allowing for it to move quickly, but also be precise. The game also saves and loads in a swift manner as well.

Now, there are other portable version of the game, coming to mobile on iOS and Android, and while I don’t have any real-world impressions on those, I feel these would be a comparable version for those who don’t have a Nintendo Switch to play this on. But given how lightweight and easy to use the Switch is, comes in a bit more recommended by me. 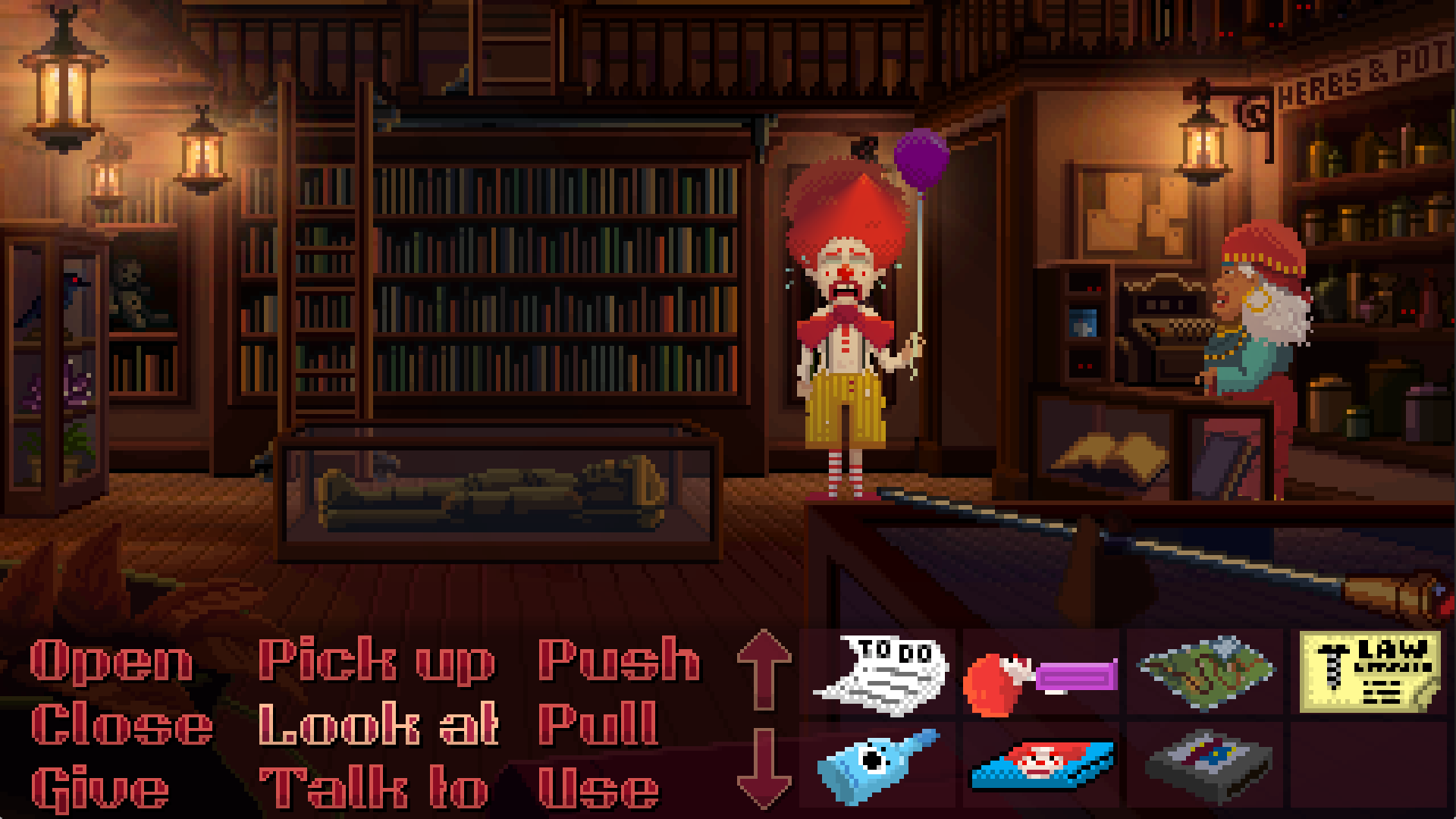 We reviewed the PlayStation 4 version of Thimbleweed Park a few weeks ago, and nothing has changed how we feel about it. Ron Gilbert’s retro-adventure game is hilarious as it is intriguing. Throughout the adventure you’ll play as five different characters. A couple of FBI agents that resemble the X-Files, and perhaps most notably the curse-laden clown named Ransome. There’s also a cavalcade of interesting characters you’ll meet and interact with your time in the game that will be memorable for years to come.

The Nintendo Switch version of Thimbleweed Park also contains updates made to the game since release. Character dialogues now exist so you can have discussions with other characters you’re working with to eek details about the plot. The game is a bit easier, or at least helpful in guiding you to a solution thanks to the in-game hint system. Just by finding the flyer, and calling the number from within the game, you’ll get a hint as to proceed. There’s also multi-language support to the game, to include Russian and Chinese support. You can remove the “in-jokes” if you don’t get them, so the game doesn’t spout those lines anymore. And the most rewarding is the Arcade. It is available only in Hard Mode, but there’s an all-new puzzle to find tokens to use at the arcade. 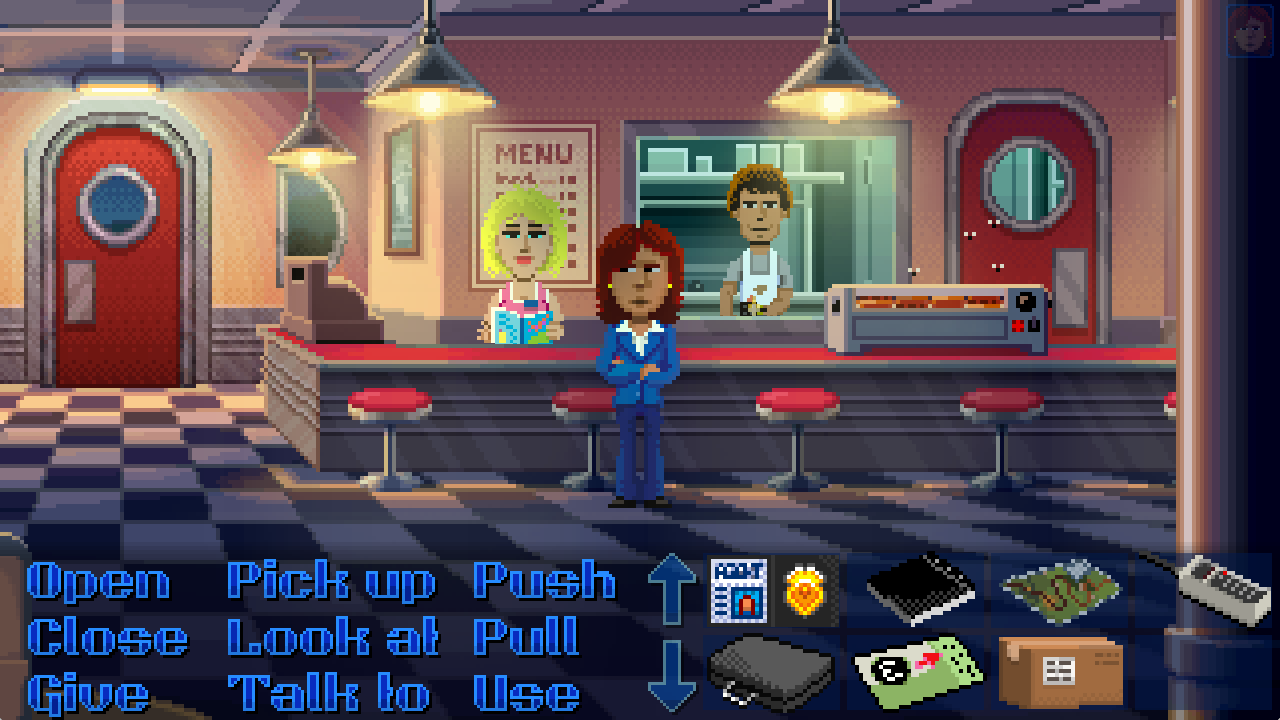 If you have yet to play, or are looking for a portable version of Thimbleweed Park, the Switch version has everything you would want. Terrible Toybox have released a game that is equal parts funny as it is good. Playing it on the Switch makes the game even better alongside the updates it has received thus far. Thimbleweed Park is easily one of the best games to come out this year.