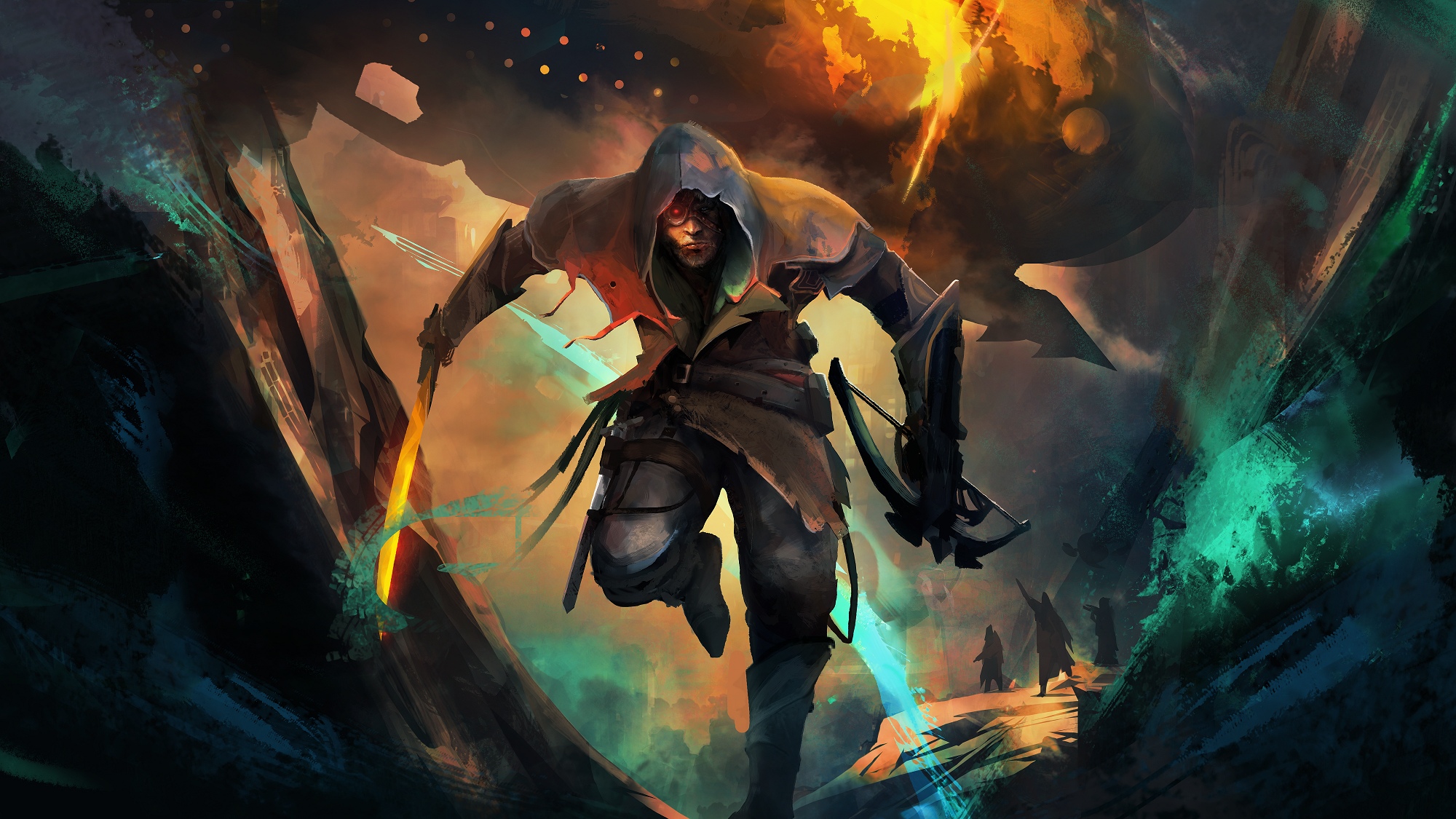 Seven: The Days Long Gone is a new game from a new studio made up of game developer veterans. The combined experience of the most beloved games in recent memory make a new, yet familiar experience. Known as Fool’s Theory, they’ve made Seven: The Days Long Gone a throwback to cRPGs and stealth games while bringing modern storytelling and open-world interaction to the forefront. This makes for a gameplay experience that’s fully free of restrictions, and allows the player to be immersed in its world.

You play as Master Thief Teriel who, stop me if you’ve heard this one, gets caught up in a heist gone wrong. He is then imprisoned and taken over by a daemon named Artanak. Very judiciously, he is taken to the prison island of Peh. This resides within the Vetrall Empire, and as he is being brought to the prison island by airship, he learns that Emperor Drugun was the one who placed him there. From there Teriel and Artanak work together to get free, and explore the huge island of Peh, and shows a world that’s beyond post-apocalyptic where most of society has rebuilt (from the days long gone), and is now like it once was.

Seven: The Days Long Gone is a lot of things, but mostly invokes classic RPGs with its 3D isometric view. It does come with some old ideas that could have used some updating. For instance, you can’t zoom in or out, making it hard to see some objects over others. It also has some contrivances, like in the first mission when I killed a guard, I could wear all his clothing but still be detected by the guards. However, in later missions, I could do the same thing, but I wouldn’t be detected. In that first mission, the story was favored over the mechanics. That said, there are some fresh ideas here, such as the ability to climb and jump onto nearly anything you can find. There’s something to be said for all the freedom you have on this “prison” island.

The game is made by former developers who’ve worked on The Witcher 2: Assassins of Kings, The Witcher 3: Wild Hunt, Ancient Space, Hard West, and Kholat. The collective development background of different genres and studios make up a supergroup of sorts. This pedigree is some of Poland’s finest, all at Fool’s Theory. You’ll find that even the loading screen resembles The Witcher 3 with parallax background and text. The visual style is also distinct, like a futuristic Shadow Tactics: Blades of the Shogun. Another staple of the developer’s backgrounds, is that each of the conversations and dialogue had are really deep and every quest is interesting. The writing is overall great here, even if it’s a bit cliched. The range of citizens on the island is also really varied. You can talk to folks who are just scraping by to upper-class folks who still need help. And you have the freedom to help or hurt them as you make your way to the Emperor.

There are public and private spaces to explore. Public areas let you free roam and talk to anybody. The private areas demand more thoughtful players to achieve the objective. Guards and enemies have ears, and will hear you the closer you are to them depending on your stance and how fast you move. Seven: The Days Long Gone isn’t a stealth game primarily, but you can sneak for every encounter, and if you get caught, there’s no penalty to just start fighting, but it is easy to become overwhelmed. Each weapon has a basic attack and special attack, and some weapons have combos that can be performed.

Seven: The Days Long Gone has a length to it that’s misleading. The ten main quests that make up the core game can take 12-15 hours to complete, but with over 50 side quests to partake in, it’s easy to get sidetracked and start following different things. I enjoyed the flexible mission structure. While the outcome is binary, the methods in which you get there can be how you see fit, and it’s great for it. Among the other activities, the map is well-populated with fast travel stations, and merchants that offer everything you can be looking for: crafting, alchemy, armor, food, and hunting. This allows you to have interesting dialogues, as well as delve into their history, and begin solving quests for them. It all feels so organic.

As I mentioned earlier, disguises don’t work in the first mission, but do in later quests. You can pickpocket anyone from the start, but it’s an illegal action like Fallout, and anyone who witnesses you stealing may do something about it, from fighting you to telling a guard. There’s also a lot of garbage with looting, and is easy to become encumbered. When it comes time to do lockpicking, it’s very familiar and welcome, and easy to do. Hacking terminals however, was annoying at first, but is a lot easier than the number puzzle I was trying to decrypt when I first came across it. Teriel has a special vision that allows him to sense everything around him, from discovering things you can’t normally see to being able to identify special things in the world. This can be activated at anytime, and is really helpful whenever you’re on a quest, and aren’t quite sure how to proceed. Seven: The Days Long Gone does little to guide you itself, and leaves much up to the player. 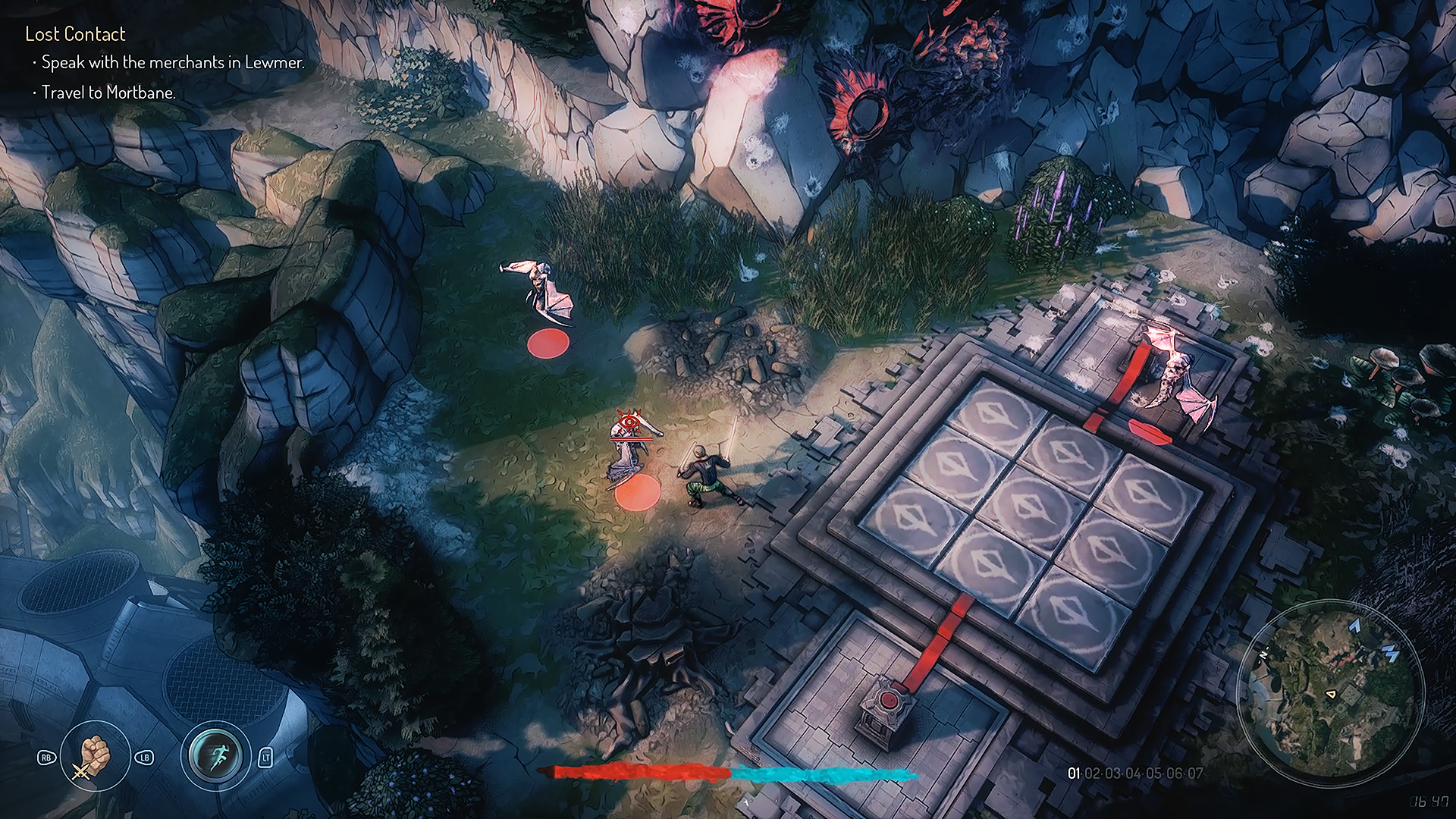 The prison island of Peh is a living and breathing place, and the quests are deep and varied that you get lost in them, whether it be exploring or having a conversation. The game does a lot of different things, and does them really well in a cohesive and coherent manner that I can’t help but applaud. There are only a few issues I had with the game in terms of camera, inventory management, and its combat, but everything else is so well done and entertaining, it’s easy to forgive it. Seven: The Days Long Gone can be relentless, yes, but that’s what the plentiful saves and quicksaves you can make are for.