I’ve had such great fun with Siege, that I’m more than happy to invest in Year 3.

Today, Ubisoft® announced that the Tom Clancy’s Rainbow Six Siege Year 3 Pass is available now for purchase at a cost of $29.99.

In line with Ubisoft Montreal’s ongoing dedication to provide a multi-player experience with qualitative content while integrating members of its growing community, this year-long VIP premium membership will feature 7-day exclusive early access to eight new operators from Russia, France, Italy, UK, US and Morocco (that will be released alongside Seasons throughout the year) and other VIP benefits including 600 Rainbow Six credits, progression boosts, customization items, shop discounts, and more. Additionally, the Damascus Steel Signature weapon skin will be available to those who order before March 5th, 2018. As a reward for our players’ loyalty, owners of the Year 2 Pass will receive an additional 600 Rainbow Six credits when they purchase the Year 3 Pass. 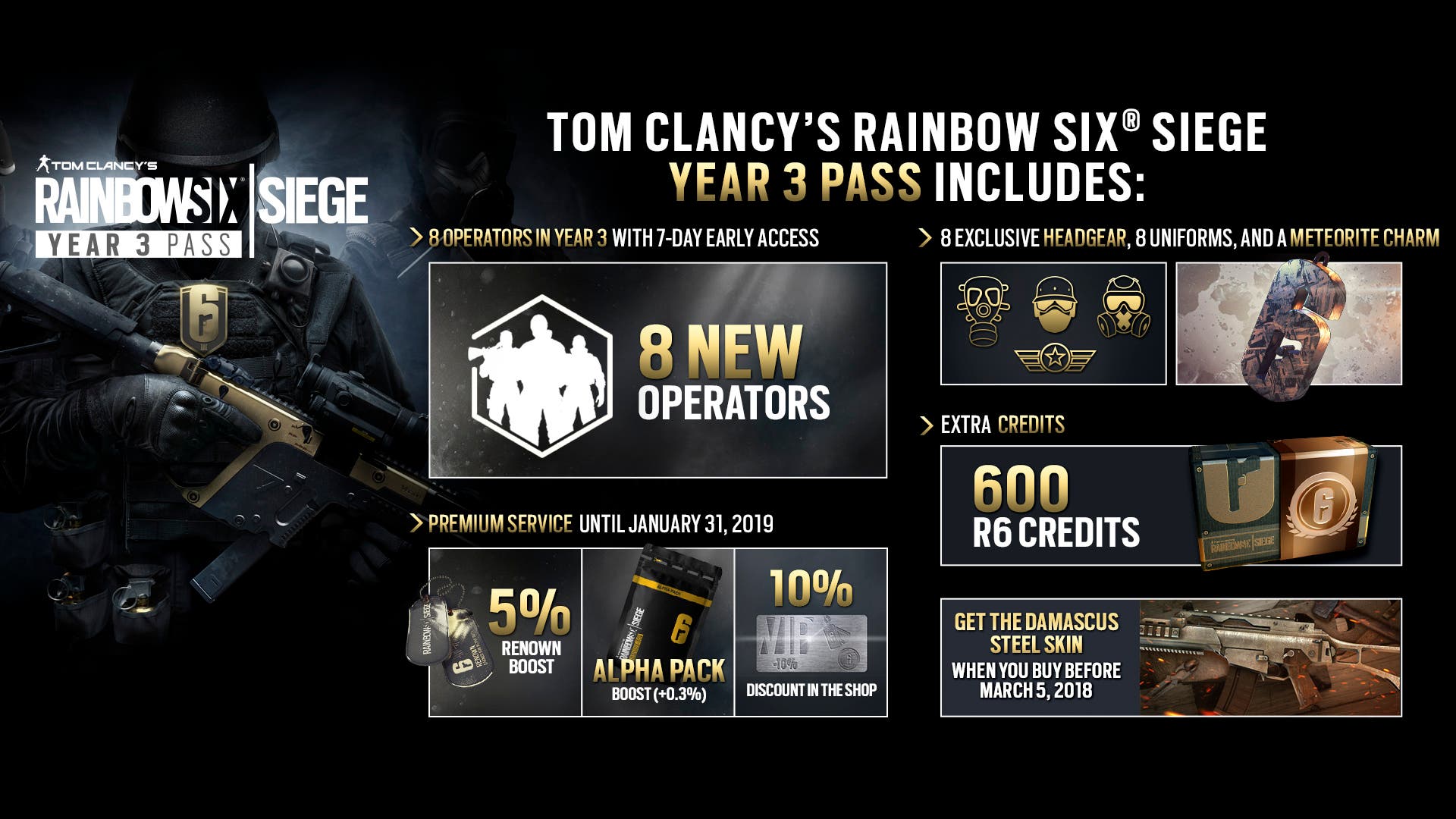 For more information on Tom Clancy’s Rainbow Six Siege, please visit rainbow6.com.
For the latest on all of Ubisoft’s games, please visit ubiblog.com.