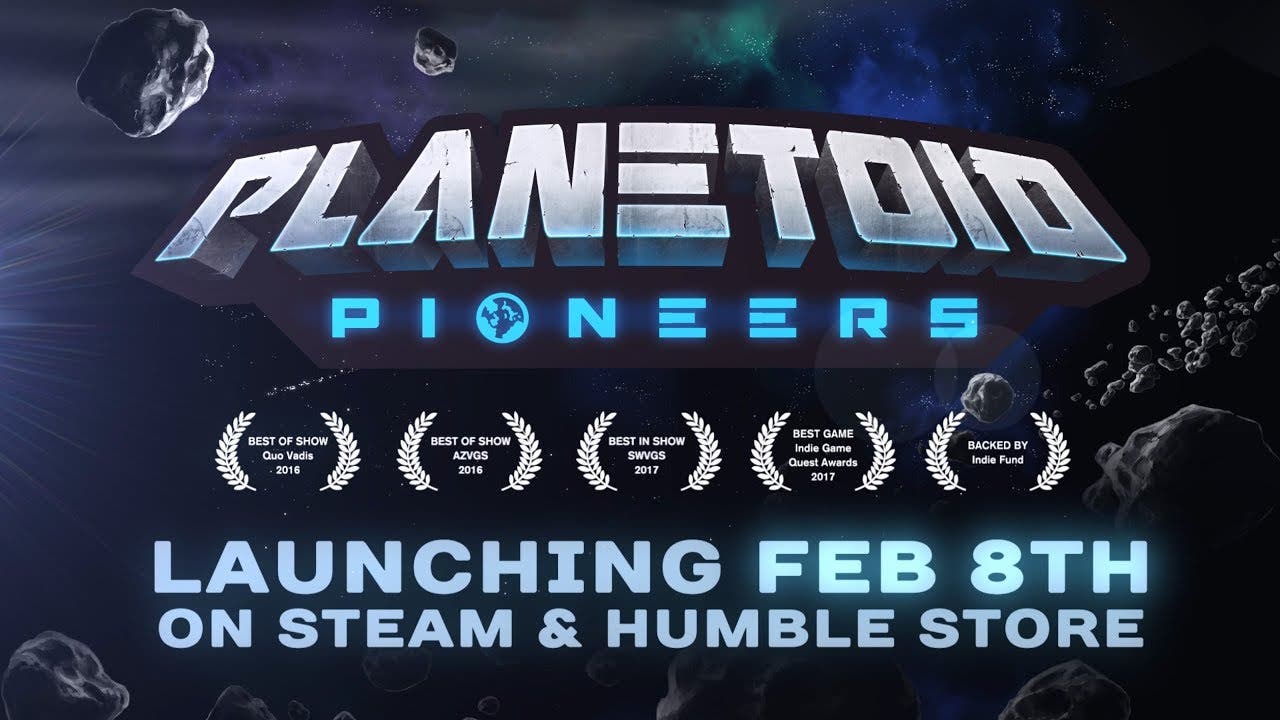 Planetoid Pioneers, the cooperative sci-fi Physicsvania where geriatric astronauts explore the asteroid belt beyond Mars, will exit Early Access and lift off on PC via Steam and the Humble Store on Feb. 8, 2018.

Developer Data Realms is an indie team of AAA veterans including a former development director at Electronic Arts and Ubisoft, concept artist at Pixar Animation Studios, tools engineer at THQ and senior programmer at Rockstar. Together, they bring decades of combined experience to the development of Planetoid Pioneers, along with top talent from their own games’ modding communities.

Explore more than half a dozen worlds at launch, each featuring wildly distinct game modes, and unleash havoc on the hostile creatures and robots populating each planetoid. Blast or outsmart enemies to see chaos ensue in the detailed physics simulation of destructible bodies and vehicles. Recycle the wreckage and build better things to progress deeper into the caves and dungeons of the circular worlds.

Planetoid Pioneers encourages creativity by giving players the same commercial-grade editing tools used by Data Realms to build the game. Players can create their own weapons, vehicles, characters, even their own world and drop them into the game while it’s running. User-generated content can be shared, rated, and downloaded via the Steam Workshop, while the best of it is automatically incorporated into the game.

“Between user-generated content and the custom physics engine we built for Planetoid Pioneers, there’s a lot of room for fun wackiness to emerge,” said Dan Tabar, Founder, Data Realms. “Players can create whatever they desire to overcome the challenges of each planetoid and experience a personalized inter-astreroidal journey.”

Planetoid Pioneers will be available for $19.99 USD / €19.99 in English. Early Access owners of the Game-Only Edition will be automatically upgraded to the launch version of Planetoid Pioneers, with all the Crush2D live-editing tools unlocked. The Contributor Edition will continue to offer everything in the regular edition, and also grants access to the official Discord server, where contributors can collaborate on and seamlessly share new content with the developers and each other.

To celebrate the upcoming release of Planetoid Pioneers, Data Realms’ first game, Cortex Command, will be available to download for free on Feb. 3-4 on Steam.