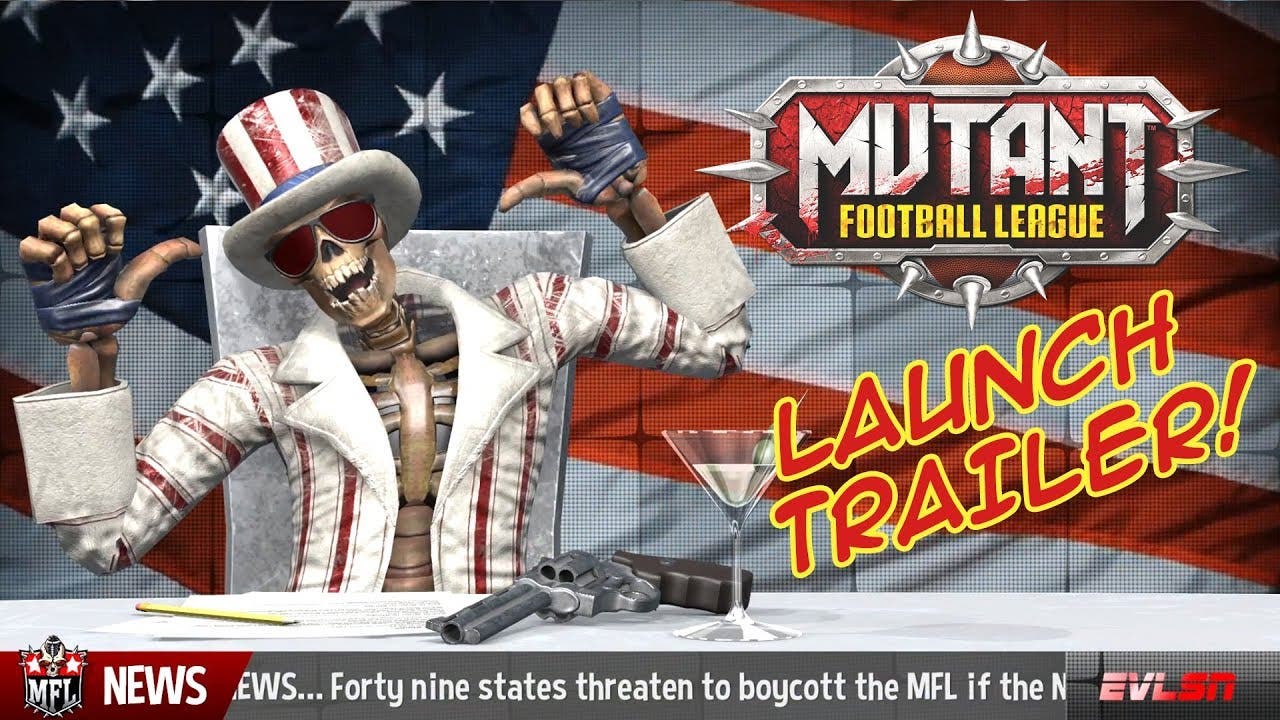 Called “fast fun and easy for casual fans,” as well as “incredibly violent and full of cheesy horror puns” (by the same reviewer!), Mutant Football League is loaded with blood and guts and humor that would make Dave Chappelle blush. MFL offers deep strategic 7-on 7 gameplay, and a ghoulish roster of skeletal deadheads, monstrous orcs, diabolical bruiser bots, criminal aliens and mutant humans.

“Thanks to our community and a stellar dev team you can now play MFL on console – where it belongs! This game delivers a new experience of fun, arcade style football action for a new generation of gamers, while retaining the spirit of the original game,” said Michael Mendheim, Creative Director.

The classic Mutant League Football game, released in 1993 by Electronic Arts for the Sega Genesis, was a #1 bestseller and garnered a loyal cult following for its blend of monsters, mayhem, and good ol’ American-style team sports.

The reborn and modernized Mutant Football League is a 7-on-7 arcade-style, fully 3D sports video game where a variety of gruesome creatures take to the gridiron to battle it out in the most violent game ever played! The hilarious and brutal parody of professional American football will introduce a new generation of gamers to some of the wildest, most bloodthirsty superstar players to ever strap on shoulder spikes.