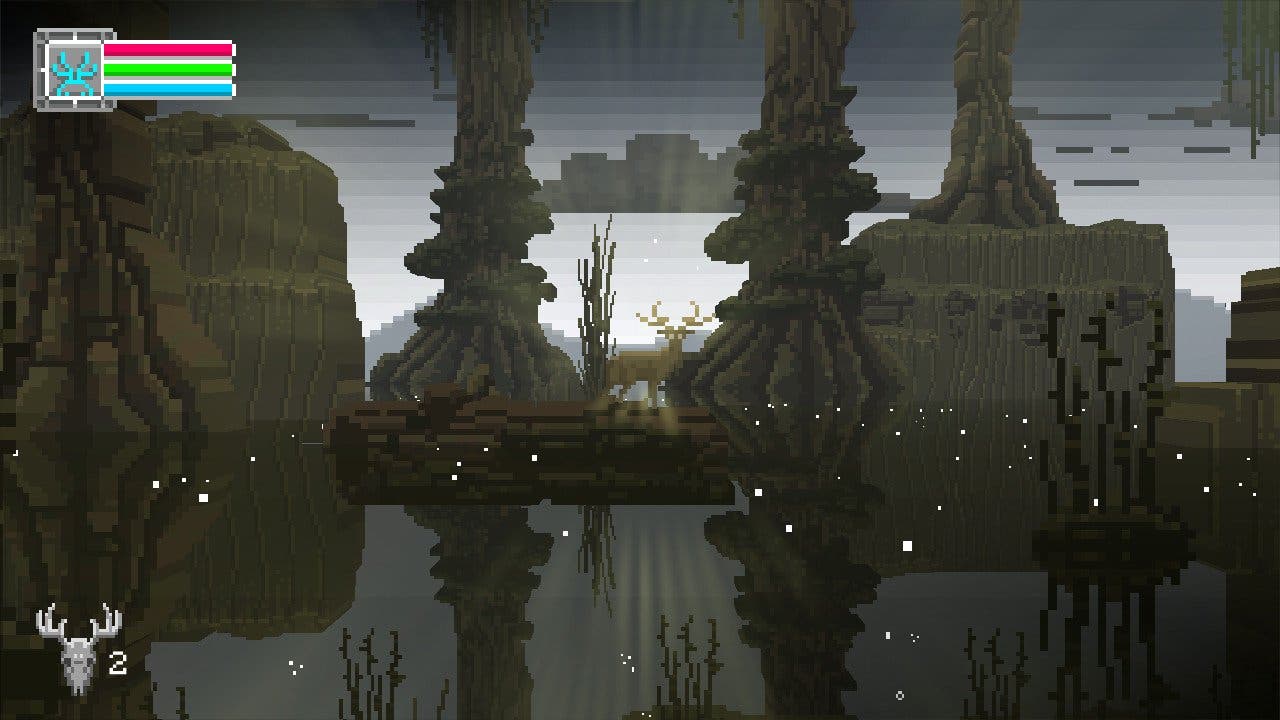 The Deer God is composed of elements from a wide array of games, but the sum total of these pieces is a curiously unique title that uses this sense of familiarity to set you at ease just long enough for you to become bewildered by your in-game predicament and surroundings. This is thematically appropriate with the game’s core conceit in which you, a hunter, are stricken down and via mystical encounter laced with pseudo-druidic tones, are subsequently reborn as a deer tasked with a journey of understanding and (purportedly) self-redemption. 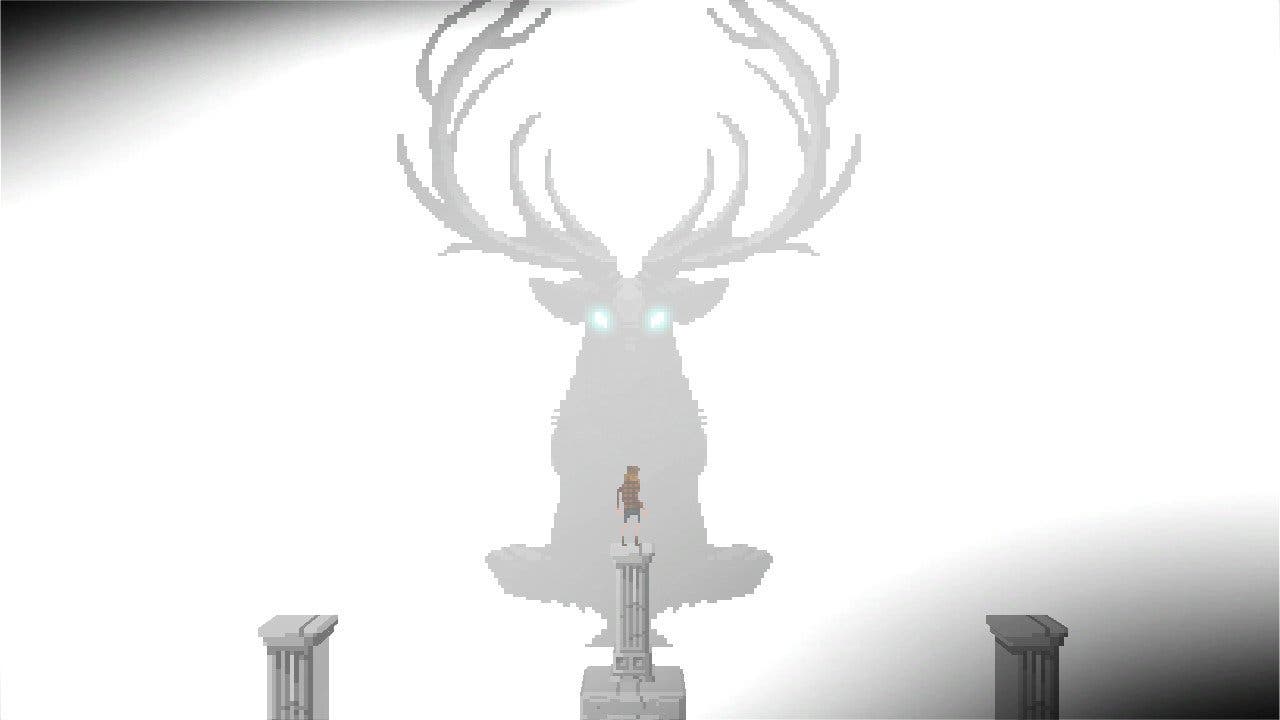 Thus, your quest begins as an adventure-lite game masked in a runner’s clothing unfurls before you. Describing the game as a runner of any kind is only barely appropriate as there is no forced movement or permadeath, however it features an endlessly repeating set of procedurally generated biomes, a distance tracker (stashed in the menu), and character progression driven by physical traversal.

The process of learning to play the game and how to survive in your new form are cleverly intertwined with your character’s plight. You are placed into the game world with little understanding of what to do next, and must experiment with the controls and the environment to discover how to progress. While this trope is somewhat common, the key difference is that The Deer God offers relatively little in the way of tutorial or handholding, leaving the player to understand their place in the world on their own. This ends up being an extremely effective device for making you feel as though you are in fact enduring this metamorphosis yourself.

While there is no permadeath in the game, death can (and does) come early and often while you are finding your bearings. The world of The Deer God is treacherous and you are ill-equipped to take on its dangers at the outset. I found myself dying frequently in my first hour or so with the game, and feeling somewhat helpless. Luckily, death is only so punishing; you respawn at the nearest checkpoint as a fawn with all of your inventory and other progress intact. Later on, other mechanics are introduced to help you hang on to even more of your progress to the extent that death becomes trivial.

Over time though, as I learned more about the world, my abilities respective to it, and how to protect myself, I was rewarded with character growth and a resilience against death stemming both from my in-game abilities and my improved skills as a player. This is the exact kind of harmony between skill and mechanics that you expect to find in a well-designed game.

The meta gameplay loop centers around exploring biomes, growing your deer avatar via survival, killing creatures for good or bad karma, and completing quests for various NPCs to give you new abilities and/or move through the main quest line. It’s a relatively simple loop that lends itself well to short bursts and long sessions alike, making it an ideal game for the Switch.

While the game sports some semi-serious dark overtones, it is fully self-aware and is unafraid to be goofy via the exposition of its characters. The premise is simultaneously fun and ridiculous, and it leans into serious and silly elements of itself in equal, calculated measure. My only real regret is that you don’t get to know more about the various NPCs you encounter and the larger roles they play in this world, but this also might detract from the ever-present (and necessary) momentum you have while working through the game.

The game’s semi-retro visual style features two-dimensional sprites evocative of the golden age of DOS gaming, with an infusion of three-dimensional backgrounds and terrain that add a sense of depth to the exploration. The result is a level of detail that goes beyond the standard pixel art side scroller to proudly display carefully crafted and detailed sprites, immersive environments and some nice lighting effects that enhance your sense of place as you work through the story.

The game allows you to choose between two graphics modes for standard and enhanced fidelity, presumably at the cost of battery life while mobile (I was unable to discern a change in performance). The enhanced fidelity increases the sense of depth and lays on some heavier lighting and post-processing effects, the result of which is impressive though perhaps unnecessary if playing in handheld mode. It is also worth mentioning the quality of the game’s music, which plays a huge role in establishing a tone of darkly whimsical mysticism that persists as you explore the world. Evan Gipson’s soundtrack pairs wonderfully with the game’s visuals and serves to further the sense of immersion while playing.

The Deer God is an interesting, successful pairing of genres that is well presented and fun to play. What it lacks in-depth it makes up for in character, keeping the adventure light and enjoyable regardless of your experience as a gamer. Right at home on the Switch, it’s a great title to unwind with at the end of a workday, or to spend a full afternoon with on the couch.