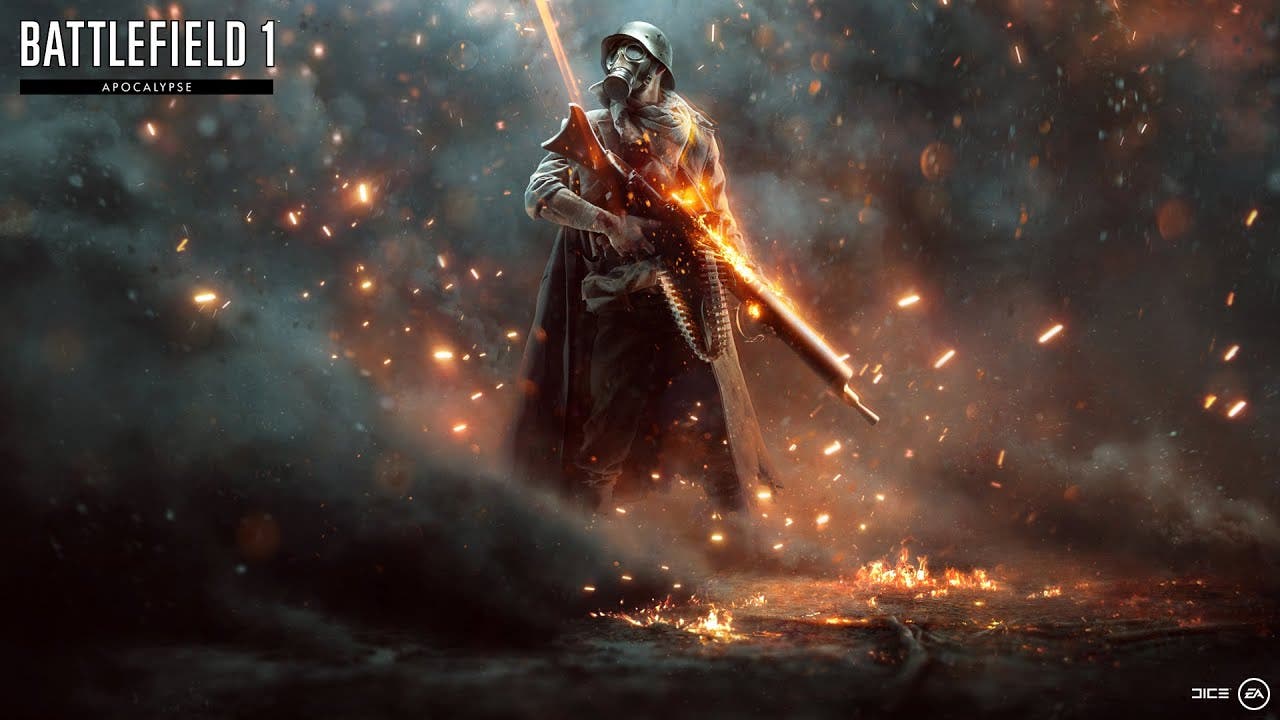 Claw your way out of a deadlocked struggle, where Allies and Central Powers unceasingly clash with no end in sight. In Battlefield 1 Apocalypse, available starting today for Premium Pass members, players can conquer the most brutal and infamous battles of the Great War. In three new ground maps, players can claw across the devastated countryside of Belgium in Passchendaele, fight in the mountain trenches near the Isonzo River as the Austro-Hungarians face off with the Italian army in Caporetto or spawn into the barrage filled wheat fields in River Somme.

In the all new Air Assault mode, players can outmaneuver flying foes in cataclysmic dogfights as British and German ace pilots in new air-only maps set among the snowy peaks of Razor’s Edge or high above the British capital in London Calling. New melee weapons and gadgets including the brutal meat cleaver and AA rocket gun, 2 new bombers and 6 new unique guns will also be available to expand players’ arsenals. Additionally, the latest expansion brings new assignments, unlocks, a new specialization type afflictions and more.