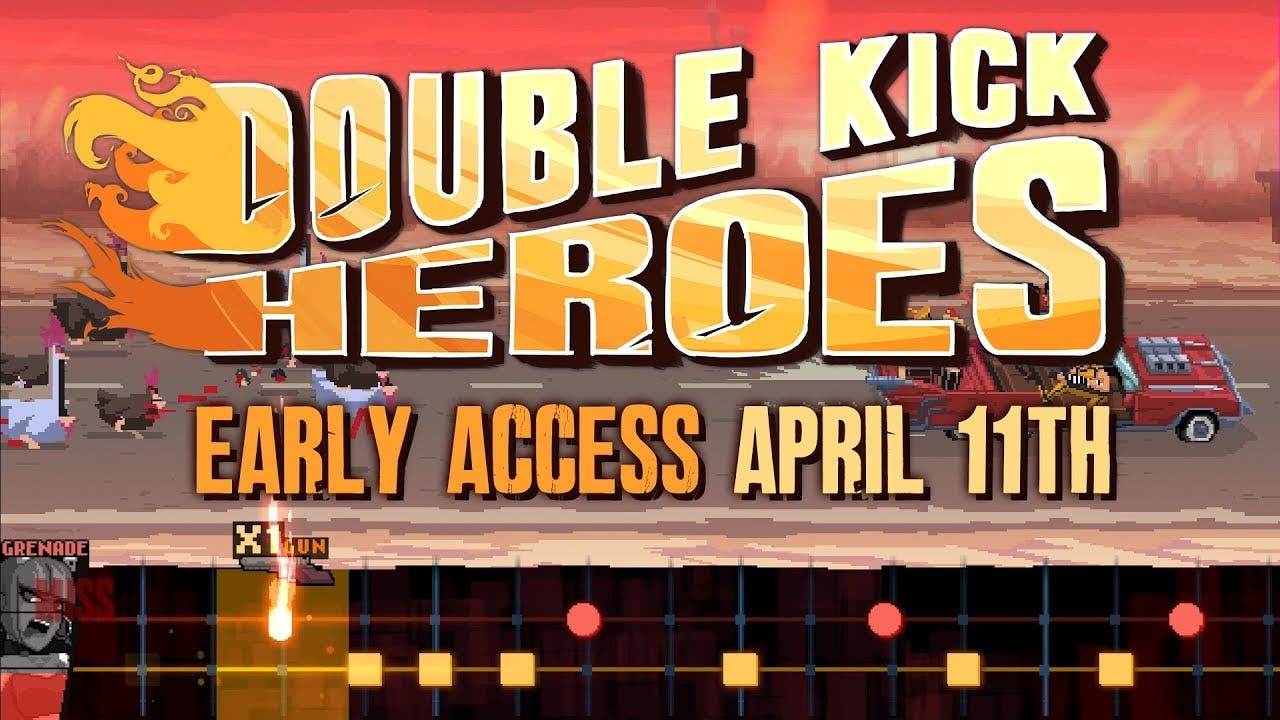 Southwest of France (Feb. 21, 2018) — Today French developer, Headbang Club is prepared to go heavy metal on your ass with Double Kick Heroes as it announces the game will enter Steam Early Access on April 11, 2018. Are you bored to tears with bland soundtracks? Are you in need of a little something to get your blood pumping? Merging face-melting heavy metal rhythm riffs with a high octane, zombie crushing shoot ’em up, Double Kick Heroes is like no game you’ve ever seen before.

Inspired by the worlds of Robert Rodriguez and Quentin Tarantino (From Dusk til Dawn, Grindhouse, Machete), players lead their band on an explosive road trip through the wasteland blasting zombies with their Gundillac and crushing them with the power of METAL. The game will pack in 30 songs (18 songs for Early Access, 30 for final release), half a dozen chapters of adventures and a community level editor that will allow any music to be played to the soothing rhythm of exploding zombie skulls.

Five Badasses and a Gundillac in Zombie Hell

Lincoln, Snake, Derek, Randi and James; five metalheads who find themselves in the precarious position of surviving the zombie apocalypse. Left on their own in a world gone mad all they have to get by is their heavy metal shredding skills and the ‘Gundillac’. A high speed, upgradeable weapon on wheels powered by the almighty double kick, the Gundillac lays waste to all that chase it down.

Shoot zombies by beating the keyboard just like you’d hammer a drum kit. Sounds easy? Don’t be fooled! Players will have no choice but to master the Double Kick (a drumming technique used to speed up music) if they want to survive as they thrash to an eventual 30 unique metal tracks (18 available in Early Access) composed by the legendary Elmobo. Play through Arcade Mode or venture into the Story Mode, where players just might come across some of their own Heavy Metal Heroes.

Double Kick Heroes will be available on Steam in Early Access for Windows PC on April 11, 2018.