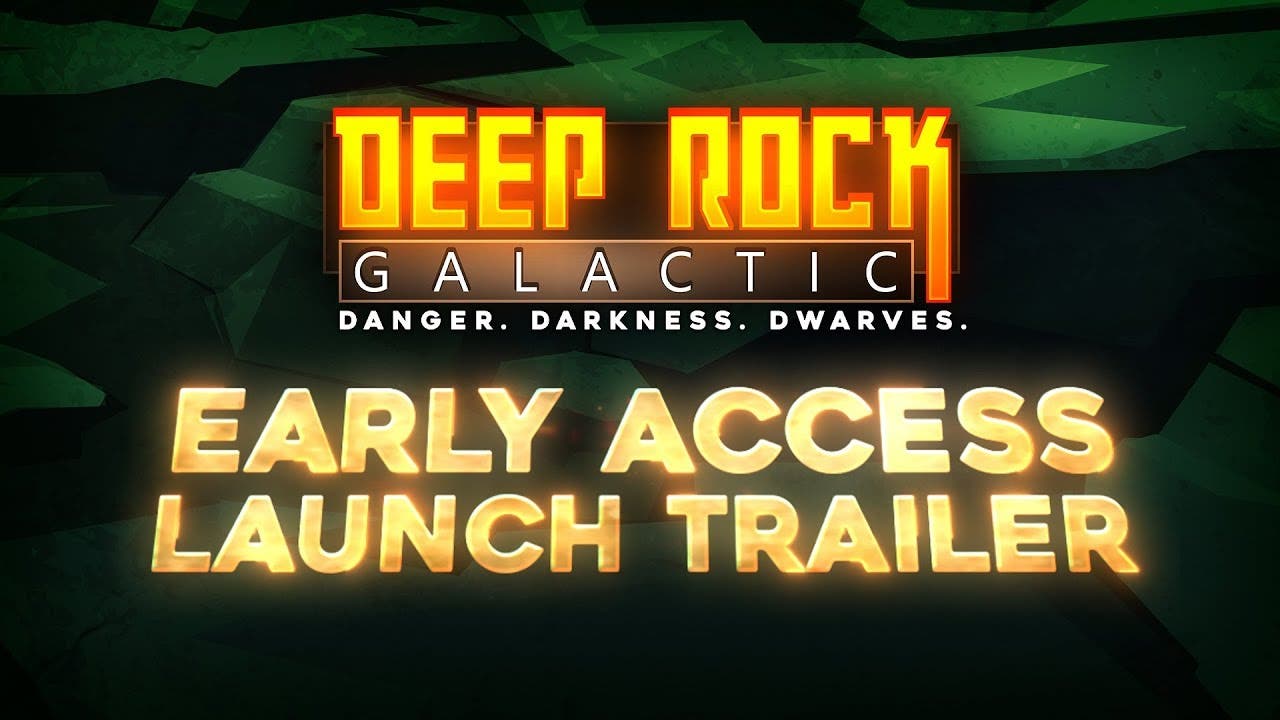 In Deep Rock Galactic players take up arms as one of four classes of badass dwarven miners, each with their own invaluable set of skills and gear. The Driller, the Engineer, the Scout and the Gunner must work together to survive a relentless onslaught of ravenous aliens and escape the procedurally generated caves with their bounty intact. Starting tomorrow players can undertake a plethora of different missions in 7 unique regions of Planet Hoxxes, with plenty more content to come.

Deep Rock Galactic first began recruiting brave space mining dwarves when it entered Closed Alpha on Steam in December 2016. Since then, more than ten thousand test-subjects have played the ever-improving Closed-Alpha builds and delivered invaluable feedback to the team. By popular demand, the team have thus far added upgrades, drones, vanity items, a mini-boss, biomes and refrained from fixing the broken barrel physics!

“Deep Rock Galactic is one of the first titles we’re launching as Coffee Stain Publishing and we couldn’t be happier to work with Ghost Ship Games,” says Anton Westbergh, CEO/Co-Founder of Coffee Stain. “Since the game was revealed at Microsoft’s E3 showcase last year, the response has been overwhelmingly positive and we’re thrilled that Ghost Ship Games chose us to join them on this wild journey.”

The Deep Rock Galactic Soundtrack, 22 full tracks of gut-punching space dwarf synth goodness will also be available via Steam for $7.99/€7.99/£5.79.