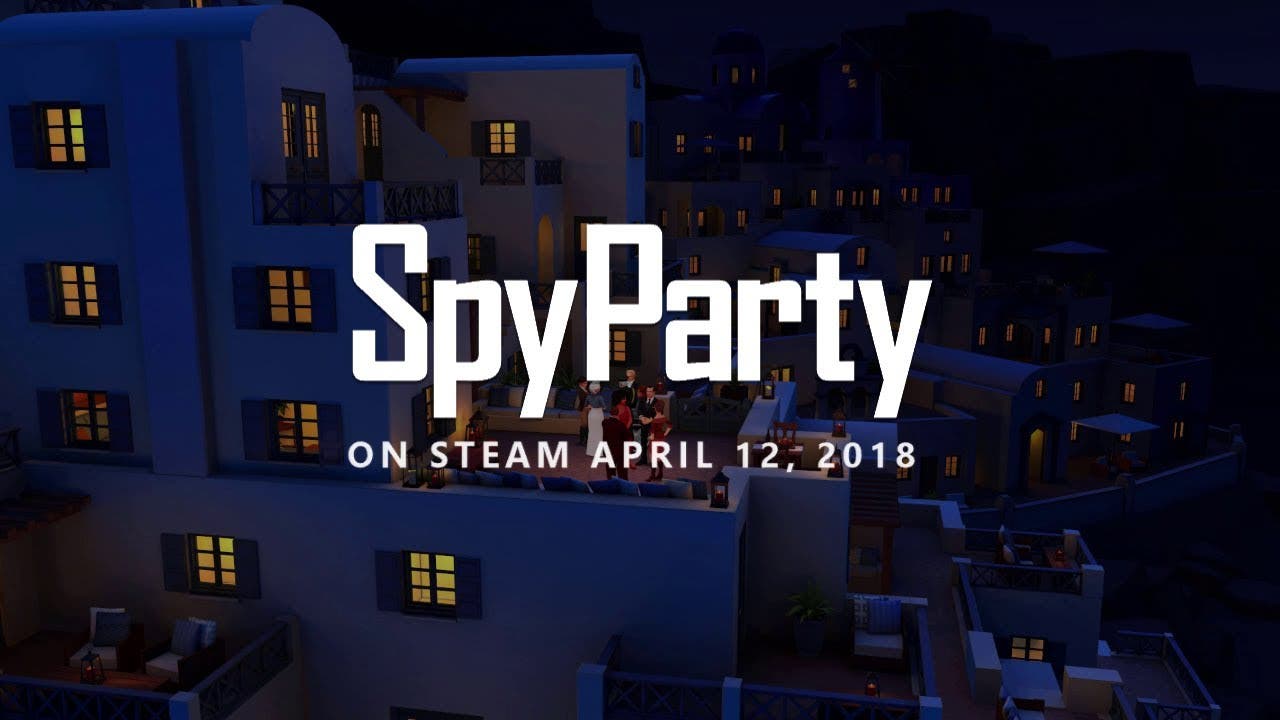 SpyParty is coming to Steam Early Access on April 12th, after being in development since 2009

SpyParty, a tense competitive spy game where attention to subtle human behavior, perception, and deception is key, will be entering Early Access on Steam on April 12, with a brand new tutorial, matchmaking, and updated UI. To celebrate the upcoming launch, the game has released six new levels, available now on spyparty.com

SpyParty is a deep competitive multiplayer game about subtle human behavior.  One player is the Spy, hiding in plain sight at a fancy cocktail party, doing missions while trying to blend into the crowd. The other player is the Sniper, peering into the party from outside, with one bullet to stop the Spy.