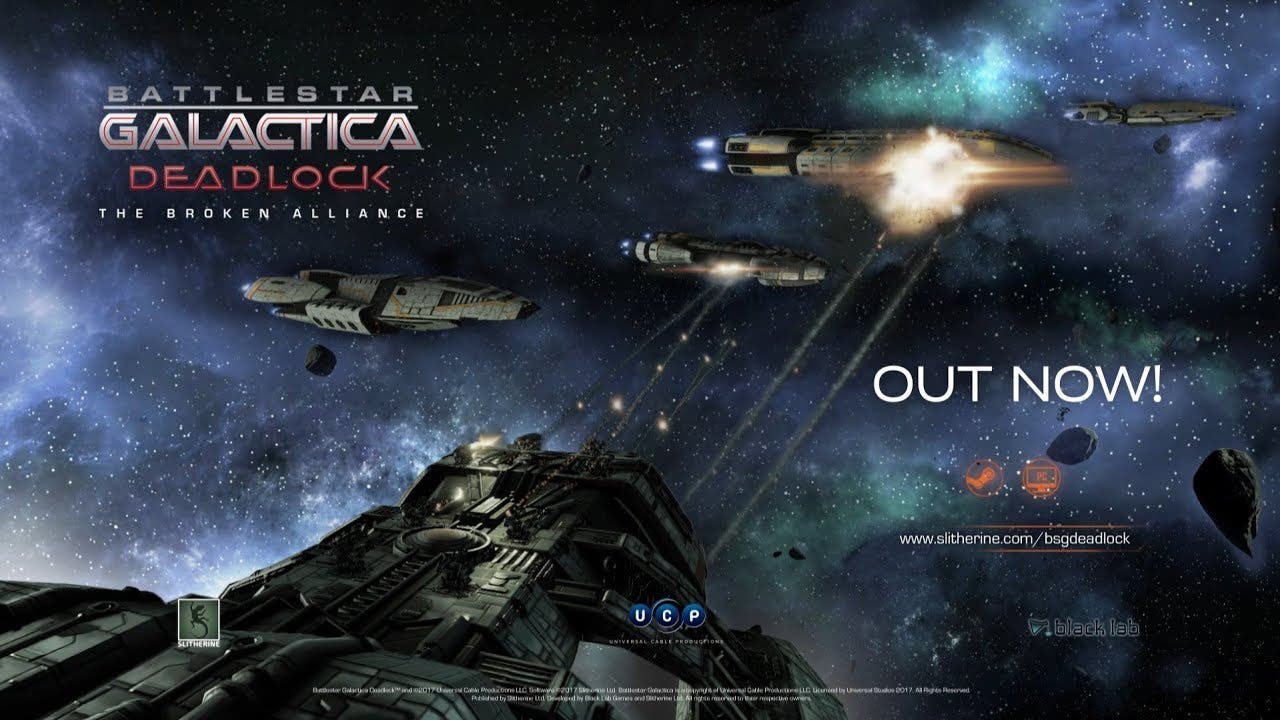 Battlestar Galactica Deadlock gets second DLC today, “The Broken Alliance” which introduces conflict among the Colonies

DRADIS contact! The Toasters are not the only enemies you will meet in deep space. Discontent and pessimism spread through the colonies already under Cylon attack, and civil war is closer each day. Meanwhile, a strange request comes from Aquaria: it’s the start of a chain of events that could change the tide of the war.

The Broken Alliance DLC pack for Battlestar Galactica Deadlock™ includes 8 new story missions that are seamlessly integrated into the single player campaign, and linked together into a brand new plot that explores the intricate and feeble maze of Colonial politics. New characters enter the fray, disrupting old pacts and forging new partnerships. The Broken Alliance DLC pack expands the lore of the Battlestar Galactica universe, bringing a new story of intrigue and backstabbing to Battlestar Galactica Deadlock™. In the DLC you will also find four new capital ships and two new squadrons.