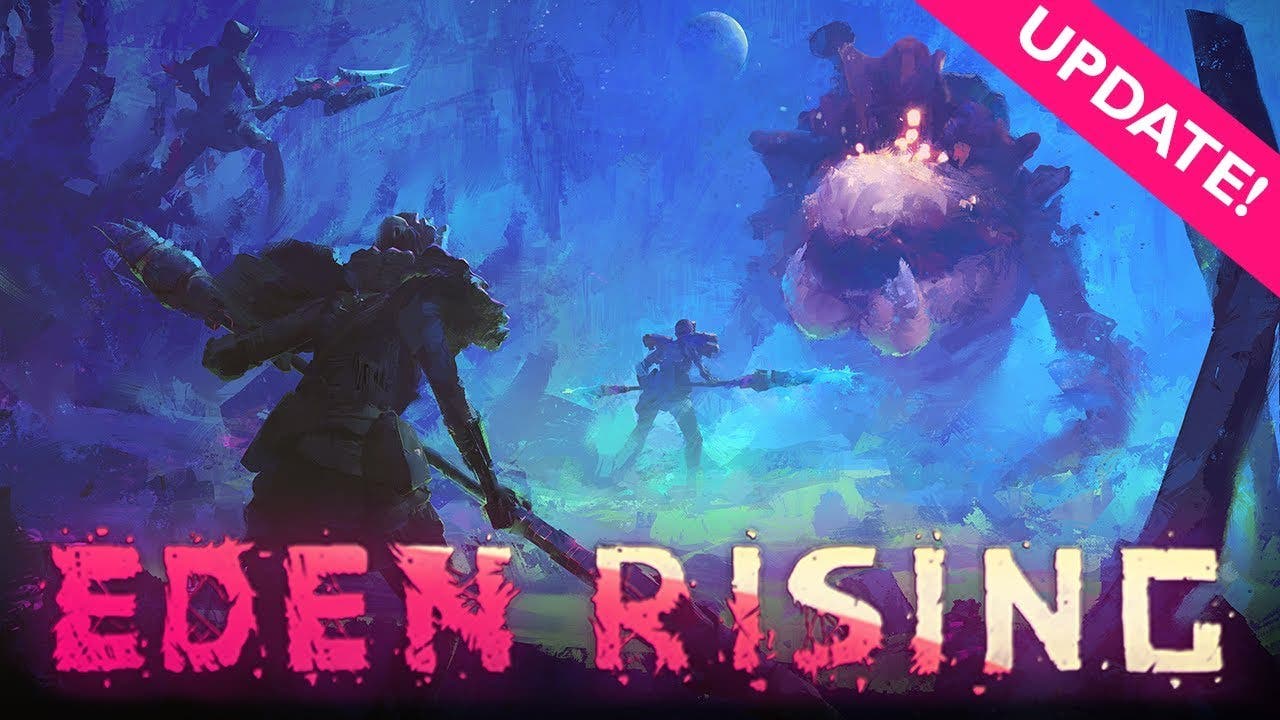 Montreal, Canada, June 22, 2018 – Nvizzio Creations are celebrating the Stream Summer sale with an all-new content patch coming next week. Eden Rising is currently 25% off on Steam Early Access with a Very Positive rating signalling the unique mix of open world, tower defence and multiplayer gameplay has been a hit with players.

Today the developers released a new trailer showcasing an upcoming content patch to the game coming next week that adds an entirely new region to the game. full details of the new content are below.

Once hidden beneath the surface, Eden Rising: Supremacy unearths a new sub-region with its own ecosystem and terrain to explore.

Unique flora thrives in the labyrinth-like caverns of Eden, lighting an eerie path into the depths. New monstrous challenges lurk in the dark, guarding rare resources from trespassers!

Gear up and express yourself with crafted armor dyes, a brand new weapon type, and new emotes, all included in this newest update.

Armor Dyes – Players will now have the ability to craft new dyes to tint their gear to a variety of new colors to stand out from the crowd.

Emotes – Tribes will now be able to use emotes to communicate with one another in-game.

Eden Rising: Supremacy is available on Steam for 25% off during the stream Summer Sale!