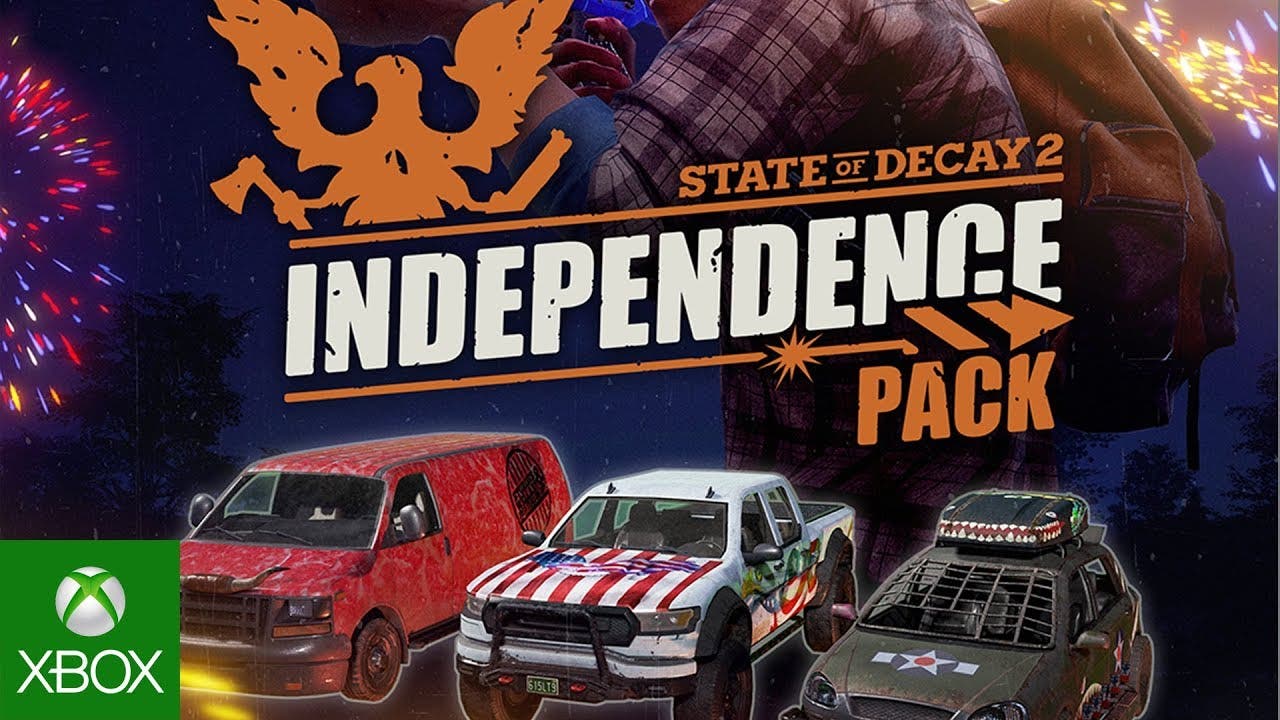 In advance of the 4th of July holiday and to celebrate that the “State of Decay 2” community now exceeds three million players, we’re proud to reveal our first post-launch content, the Independence Pack.

Available today on both Xbox One and Windows 10, the pack unlocks an array of fiery new versions of vehicles, weapons and gear for your community all wrapped together with COLORFUL GUNPOWDER. The team also added to the existing game with Update 2.0, which features 20 FREE new missions, nearly 10 new weapons, a “Rare Books” trader for new skills and plenty of improved gameplay in honor of the Independence Pack for ALL players.

But wait, there’s more! After wiping out the blood plague and celebrating your legacy with this festive pack, get ready for completely separate shenanigans in the upcoming Daybreak Pack this September. That all-new content lets you take the fight to the zombies, featuring an exciting new mode where you play as a well-equipped Red Talon soldier. You’ll work to complete a challenging objective while protecting your fortified position against waves of zombies and freaks to earn new rewards and weapons. The Daybreak Pack is also included in “State of Decay 2’s” Ultimate Edition.

For more information on “State of Decay 2” and the Independence Pack, visit Xbox Wire.