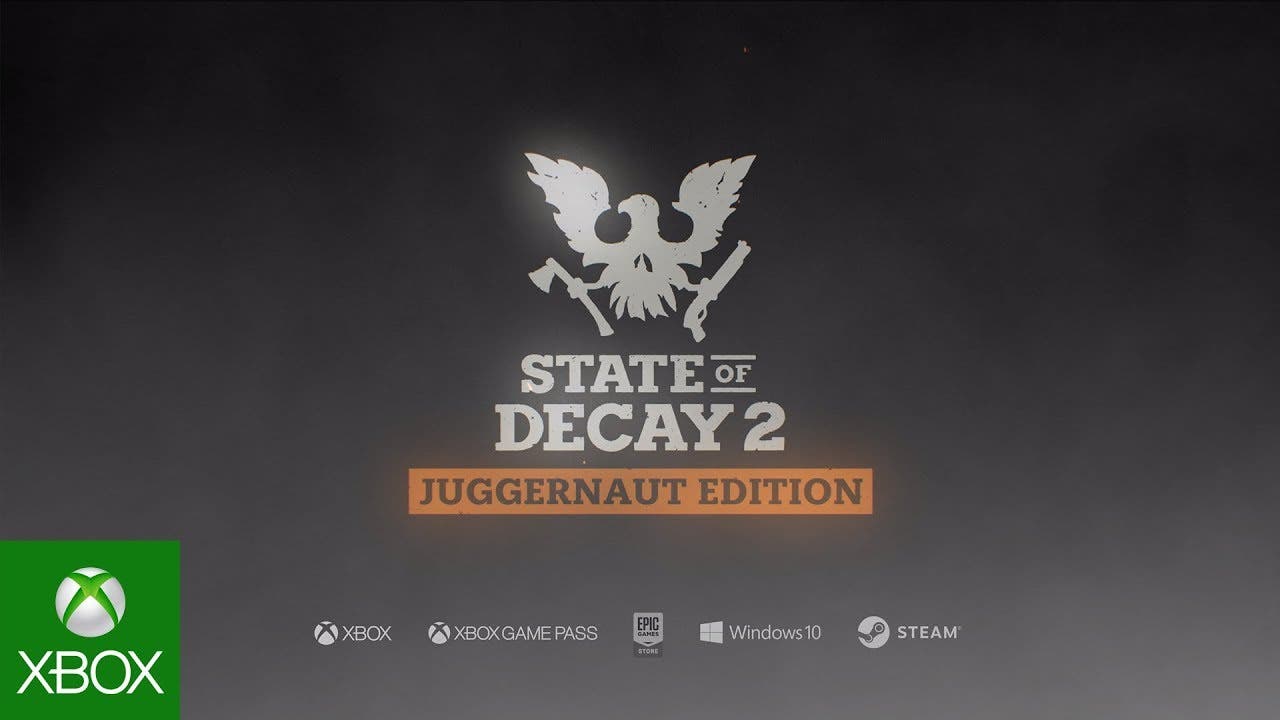 State of Decay 2: Juggernaut Edition is the definitive edition, available on PC via Windows 10, Steam, and Epic Games Store and Xbox One with full crossplay

State of Decay 2: Juggernaut Edition is the next evolution of Undead Labs’ popular zombie survival fantasy game series, and it becomes available for zed hunters across the globe today! Last month we shared a sneak peek into what the community can expect with Juggernaut Edition, and we can’t wait for players to dive in. We’re looking forward to celebrating with over seven million fellow survivors that are playing State of Decay 2 and put our zombie apocalypse plan into action.

Available at no cost for all existing owners of State of Decay 2, players will also receive exclusive in-game gifts after updating and logging on to collect them. New players will immediately experience the best that State of Decay 2 has to offer, at the same $29.99 USD price point or included as part of their Xbox Game Pass membership.

Juggernaut Edition provides the highest quality and most expansive State of Decay experience in a single title, replacing the Standard and Ultimate editions, and includes all previous add-on packs (Independence Pack, Daybreak Pack, and State of Decay 2: Heartland). This new edition not only unlocks all previously released DLC, but also adds a tremendous amount of new content like a new open-world map named Providence Ridge, fully remastered graphics and audio, and hundreds of minor improvements for veterans and new survivors alike.

To commemorate Juggernaut Edition’s release, we’re releasing an all-new companion soundtrack available today on iTunes for $9.99 USD featuring the new music of Juggernaut Edition, plus additional unreleased music from State of Decay 2 and Heartland. And it will soon be available on Steam and Epic Games Store as a lossless two-disc download which includes the original State of Decay 2 soundtrack!

All platforms will have cross-network play enabled through Xbox Live.