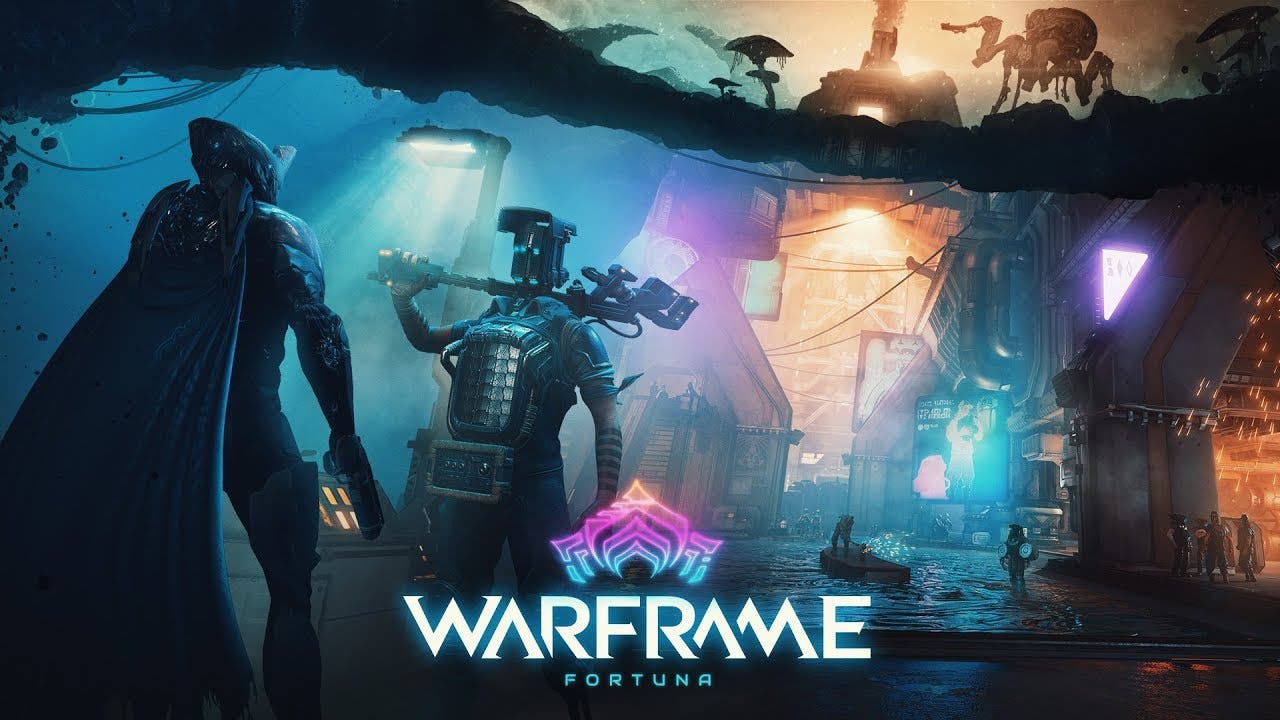 Bursting with an imaginative terrain and science fiction aesthetic, Fortuna is introduced with a whimsically synchronized musical video guaranteed to surprise and delight! The Venusian landscape packs exciting new gameplay experiences with the introduction of a new faction and lore — the Solaris United faction and its struggle against their Corpus overlords — and an expanded level of vertical gameplay.

Starting from the underground Colony of Fortuna where players pick up bounties and missions, Tenno (players’ in-game name) will ascend to the surface of The Orb Vallis to view an exotic new terrain blanketed with Orokin structures, towering mushroom stands, and oceanic flora. Tenno will be able to traverse the landscape more quickly with the Bondi K-Drive, a single-player hoverboard that nimbly jets across the landscape at the touch of a controller.

Key Features in Fortuna Include:

Digital Extremes’ newest expansion is part of a grander vision. In addition to the open-world expansion of Fortuna, a separate future update takes Warframe down a totally uncharted path. ‘Codename: Railjack’ will enable 1-4 players to board a warship on land and ascend into space to explore and fight!

Players will coordinate responsibilities across the military spacecraft to engage in PvE combat against hostile enemies. The full space experience grants extensive player freedom with options to launch Archwings into space to board, infiltrate and destroy enemy ships during battles. This future update looks to create a cohesive gameplay experience between Warframe‘s open Landscapes, procedurally generated levels, and a new outer-space freedom in a unique sci-fi world.

Key Features in ‘Codename: Railjack’ include:

Digital Extremes also announced a number of other exciting news bits in its hour-long show: