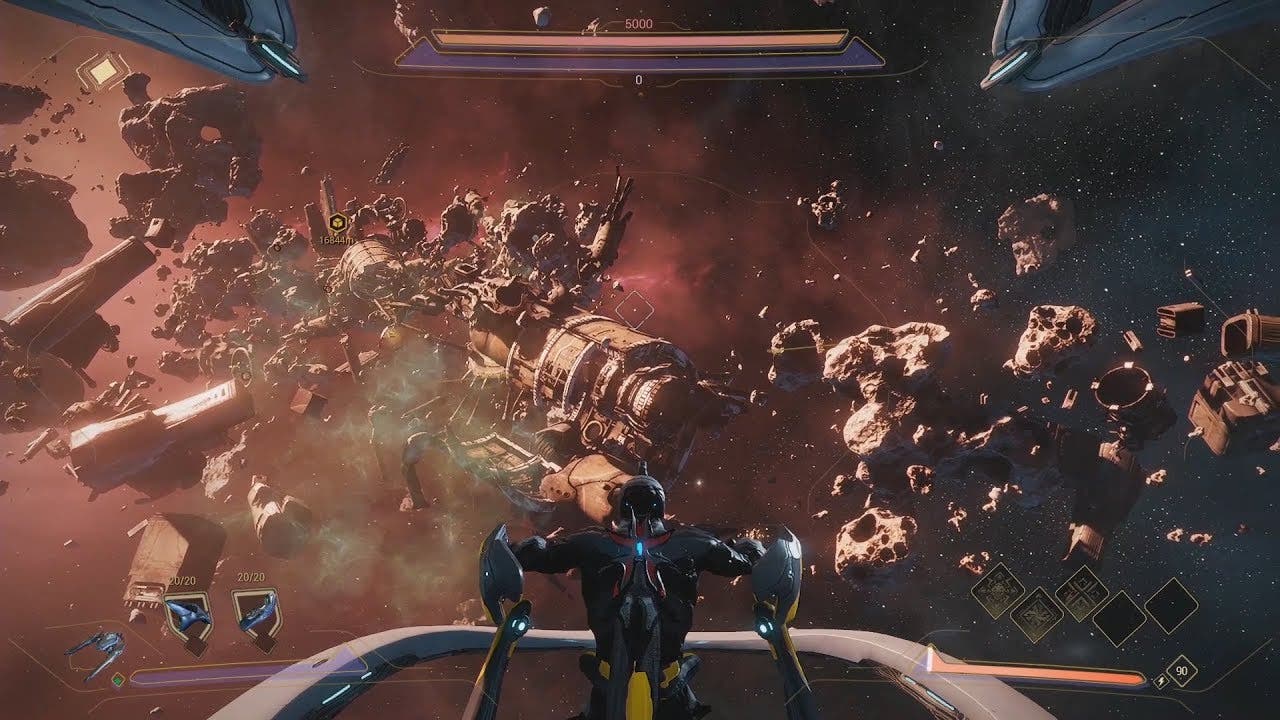 TENNOCON 2019: Everything coming to Warframe this year

The team also astounded players by unveiling a movie-quality cinematic introduction to Warframe by Director Dan Trachtenberg (10 Cloverfield Lane, Black Mirror: Playtest, The Boys, Uncharted). This stunning re-imagination of the game’s introductory story presents Trachtenberg’s and Digital Extremes’ vision of an older era in the Warframe universe. In the Old War — the Orokin Era — when the original Warframes rebelled against their Orokin masters, flashback scenes depict them in battle against Dax Warriors in action scenes with proto-Grineer soldiers looming in the background. The new intro brings new narrative context and intense cinematic action to the Warframe universe like never before.

Captivating new trailers of the open world expansion Duviri Paradox and the fourth Cinematic Quest The New War were revealed, along with an extraordinary contest that gives players the chance to win cash toward a trip to space.

Empyrean expands the premise of Warframe by handing players and their clanmates the keys to the powerful Railjack battleship. Prepare to soar through the Origin System, explore new territory, and fight hostile forces with serious firepower! With an in-ship interface to control speed and direction, shield deployment, offensive missile volleys and gunner fire — including the ability to deploy Archwings and infiltrate enemy ships — players are now armed with an arsenal of tools to fend off and destroy enemy opposition. Player ships can be upgraded, take damage, and be customized, among many other things.

New details from TennoCon 2019 bring an even deeper level of freedom, power and cooperative gameplay:

The new introduction to Warframe builds a bridge between two eras. For the first time, players can catch a glimpse of the original Warframes fighting in the Old War using their robust Abilities and incredible fighting skills. Couched in a larger narrative, the three enticing flashback sequences are designed to introduce players to choose one of their first chooseable Warframes (Excalibur, Mag and Volt). The new six-minute introduction sets up players with a better understanding of the universe they are about to embark on with a deep, meaningful and more comprehensive storyline forWarframe.

“Getting to work so collaboratively with the dev team at DE has been an awesome experience,” says Great Guns’ Director Dan Trachtenberg. “As a massive fan of the game myself, having logged in hundreds of hours of play time, it’s been so much fun crafting a story that both sets up the universe for new players in a pretty epic way, while sprinkling it with moments that, I hope, make it doubly rewarding for hardcore fans with a better understanding of the game’s lore.”

ROADMAP TO THE FUTURE

The Devstream crew revealed several additional surprises on stage. After the massive Empyrean demo ended, Digital Extremes delivered a new Duviri Paradox update trailer. Following the first two open worlds, The Plains of Eidolon and Fortuna, the Duviri Paradox takes players on a reality-bending journey of the surreal. Digital Extremes teased players with the third open world comprised of an ominous new environment where Operators have grown up to become mature adults.

Digital Extremes also unveiled a new trailer from the fourth entry in Warframe‘s narrative series with The New War. The team’s short teaser video relays a new chapter in the saga of the Lotus and the rise of the Sentients.

WIN CASH TOWARD A TRIP TO SPACE!

This year’s TennoCon moves the space needle even further with a spectacular opportunity. In this incredible contest, Digital Extremes will offer players a chance to win $250,000 USD toward a trip to space by playing Warframe in the “Become a Real #SpaceNinja” sweepstakes today. Strap in and prepare for the Gs! Get full details here https://www.warframe.com/spaceninja.

All efforts behind TennoCon are designed for the benefit of Digital Extremes’ players and this year’s charity partner Canadian Mental Health Association, Middlesex Branch (CMHA Middlesex). CMHA will receive a portion of proceeds from TennoCon ticket sales as well as from online donations during the live show. CMHA helps to bring a greater understanding of self-care and mental health to the digital and gaming industry at large. For more, go to https://cmhamiddlesex.ca/.