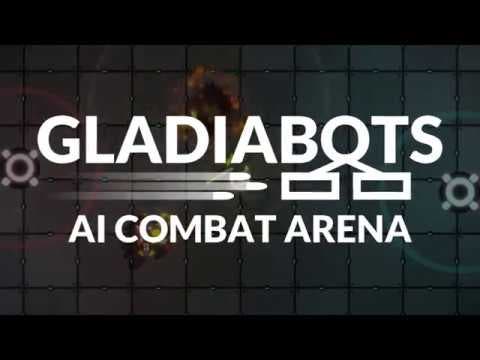 Paris, 11th July 2018 – French solo-developer GFX47 today released the Steam Early Access release date trailer of his robot combat strategy game Gladiabots. In the game players carefully construct the AI of their robot squad and send them into the battle arena to outsmart their opponents.

Gladiabots is coming to Steam Early Access on 9th August after an extended alpha on itch.io and Android / Google Play. The game features cross platform support with the Android version and the upcoming iOS version.

You can watch the reveal trailer here.

Assemble your perfect team of robots and set their AI strategy with the simple to use but satisfyingly deep visual AI editor. Decide when your units should attack, gather resources, support each other, retreat depending on their health, keep their distance, close in, save their shield, react to the circumstances on the battlefield and much more. Improve, refine and repeat until you outsmart all your opponents and friends online.

“With Gladiabots I wanted to create an in-depth strategy game that lets players discover the creative freedom of programming. It’s really exciting to find your own clever solutions and test different strategies” said Sébastien Dubois, aka GFX47. “I designed the game to be playable cross platform to allow you to take the time to craft your perfect AI at home on your PC and then send your robots into battles on the go on your mobile phone whenever you have a few minutes to spare.”