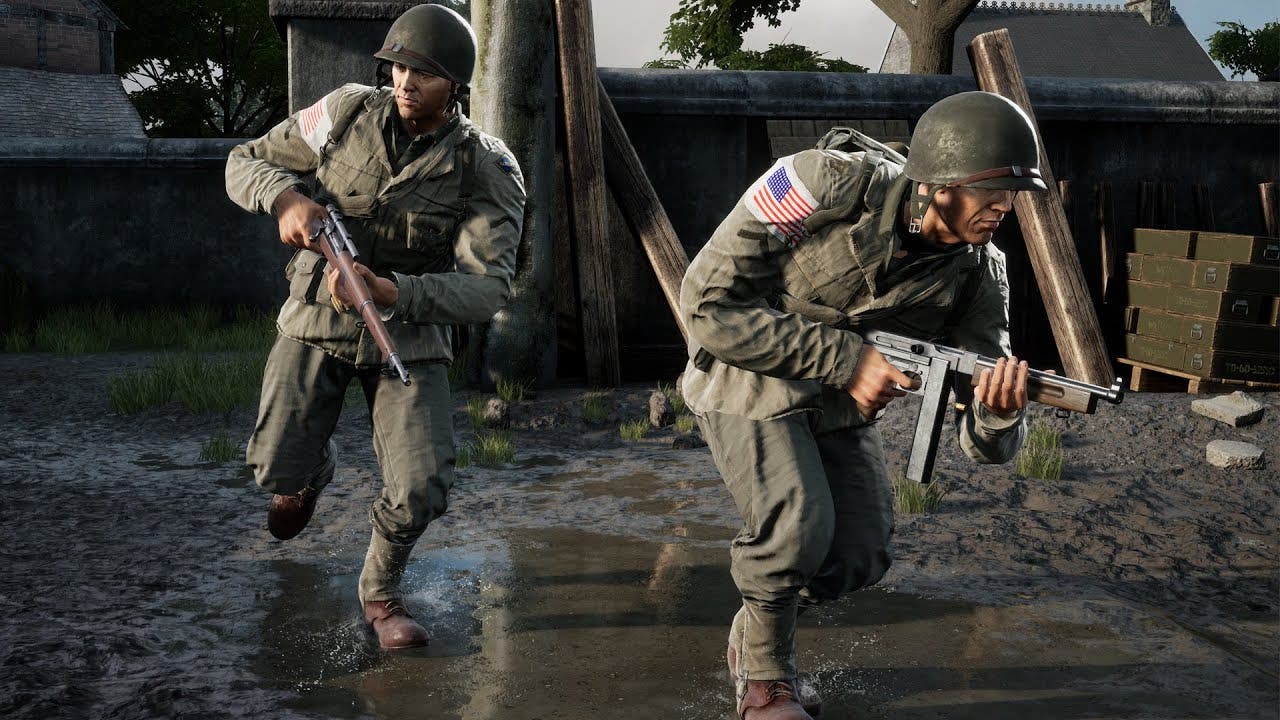 Rolling out on 12th July 2018, this package of updates is the latest in a line of tweaks and improvements being worked on by the Bulkhead Interactive team as they continue to manage the game’s run through Early Access – a process bolstered by the team’s decision to solicit feedback from the Battalion 1944 community, helping to improve the game’s stability by testing the latest version.

Leading the line is a brand new competitive game mode Wartide 2.0, a new matchmaking system, a complete visual overhaul (including brand new character models, an impressive graphics revamp, and a total rework of character movement), a new map, a new sound engine, and a massive rebalancing of the game’s weapons.

This new update will also see the launch of BattleRank, which is designed to make Battalion 1944 an even more engaging and rewarding prospect. Split into seasons of roughly three months each, BattleRank will unlock new exclusive rewards and weapon skins that can only be acquired during that period. Continued play will enable gamers to build up their experience points (XP) in order to unlock new levels of rewards. Unlike ‘battlepass systems’ in other games, however, BattleRank will be free.

“This is the biggest round of updates we’ve released for Battalion 1944 to date, and is the result of our mission to make the game as absorbing and captivating as it can possibly be,” says Joe Brammer – Studio Lead at Bulkhead Interactive. “We’ve been listening to our players and taking their feedback into consideration as we look to  build the game in a way that both meets their expectations and offers a few surprises for them along the way, too.”

The update follows on from Square Enix Collective® and Bulkhead Interactive’s previous unveiling of a four day long, $50,000 tournament, set to occur September 27-30 of this year. The best Battalion 1944 players will head to the Esports Game Area to compete amongst open qualifiers victors and an invited team for an opportunity to win prizes from a total prize pool of $50,000.

Included in this huge update is:

●        Major Performance Improvements for ALL Players

Bulkhead Interactive previously worked on The Turing Test back in 2016, a celebrated puzzler also published by Square Enix Collective on PC.

Battalion 1944 is currently available on Steam® on Early Access. You can watch the latest teaser trailer for the update here – https://youtu.be/Lw1qcMIm9A4.