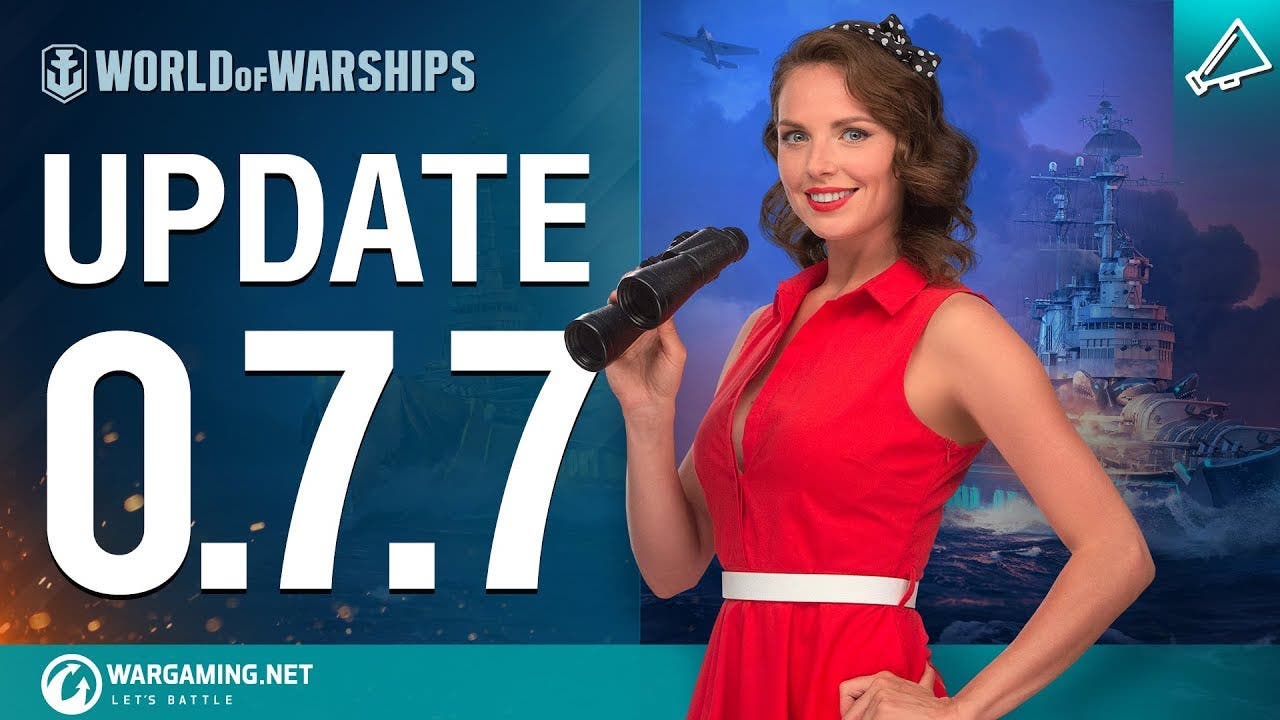 World of Warships, the massively multiplayer naval battle game from developer and publisher Wargaming, today launched a new in-game event we think your readers would be interested in. The new event, dubbed Sharks vs. Eagles, coincides with Update 0.7.7.

In Sharks vs. Eagles, players choose to fight for either competing team, earning points by winning battles and completing missions. At the end of each day, the points earned will be converted to containers that are delivered to each team. These containers hold extra supplies, cosmetics, coal (in-game currency) and more!

Sharks vs. Eagles also adds a new Loyalty feature to World of Warships, where players can be bribed by the other team to abandon their comrades and fight alongside their foes. By switching sides, players will earn bonuses, but, by staying loyal to their team, players can also earn special event tokens, which they can exchange for team flags, patches, containers and unique camouflage paint jobs for their warships.

Along with the new event, which is part of Update 0.7.7, there are several changes and additions being made to World of Warships.The biggest changes come in operations Narai and Raptor Rescue, both reworked from their original launch to offer more gameplay options and graphical updates. Operation Narai has players battling to secure a coastal landing zone for troops making an amphibious landing, while Operation Raptor Rescue has players taking control of support ships that must escort the Raptor, a massive aircraft carrier, as it attempts to break out of a blockaded Naval base.

Head over to worldofwarships.com now to sign up for World of Warships and choose whether you’ll play for the Sharks or Eagles in the new event!