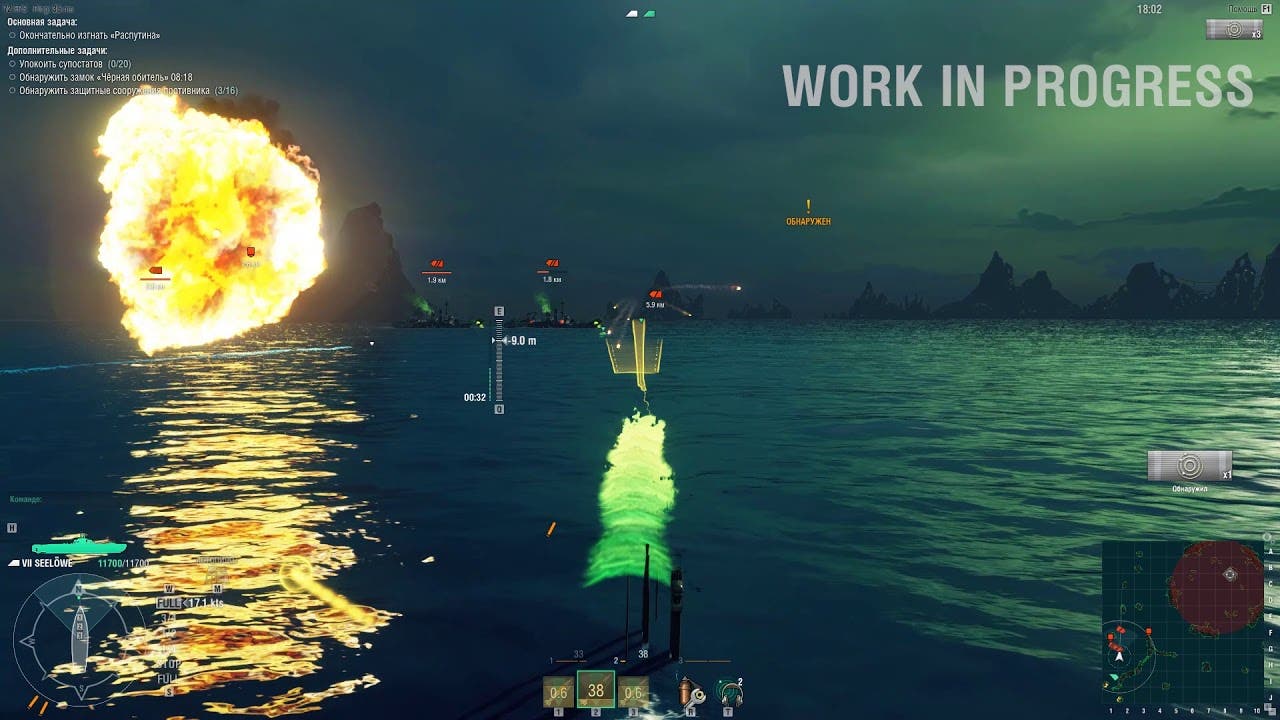 First off, as part of the annual and always anticipated Halloween in-game event, Wargaming is adding a spooky new addition that’s sure to change up gameplay in exciting ways – submarines! Subs add a whole new dimension to the game – literally! Now you have the whole undersea to prowl, as the Halloween event will see the addition of new sinister submarines. Once the event is over, Wargaming will take a look at the effect that adding this new element has on the game, and evaluate how best to completely integrate submarines into World of Warships – permanently! If all goes according to plan, players can expect more subs across multiple nationality tech-trees in 2019!

Wargaming is aiming for the end of this year to incorporate a new update that will see a rebalancing of aircraft carriers and a reworking of how they play in-game. Carriers will become more action-oriented, as one of the most significant changes includes direct aircraft squadron control, allowing for much more freedom – and the addition of three types of available squadrons (torpedo bombers, dive bombers, and attack planes). Along with those two key changes, players will have the ability to call fighter squadrons to patrol the current player location and engage enemy planes.