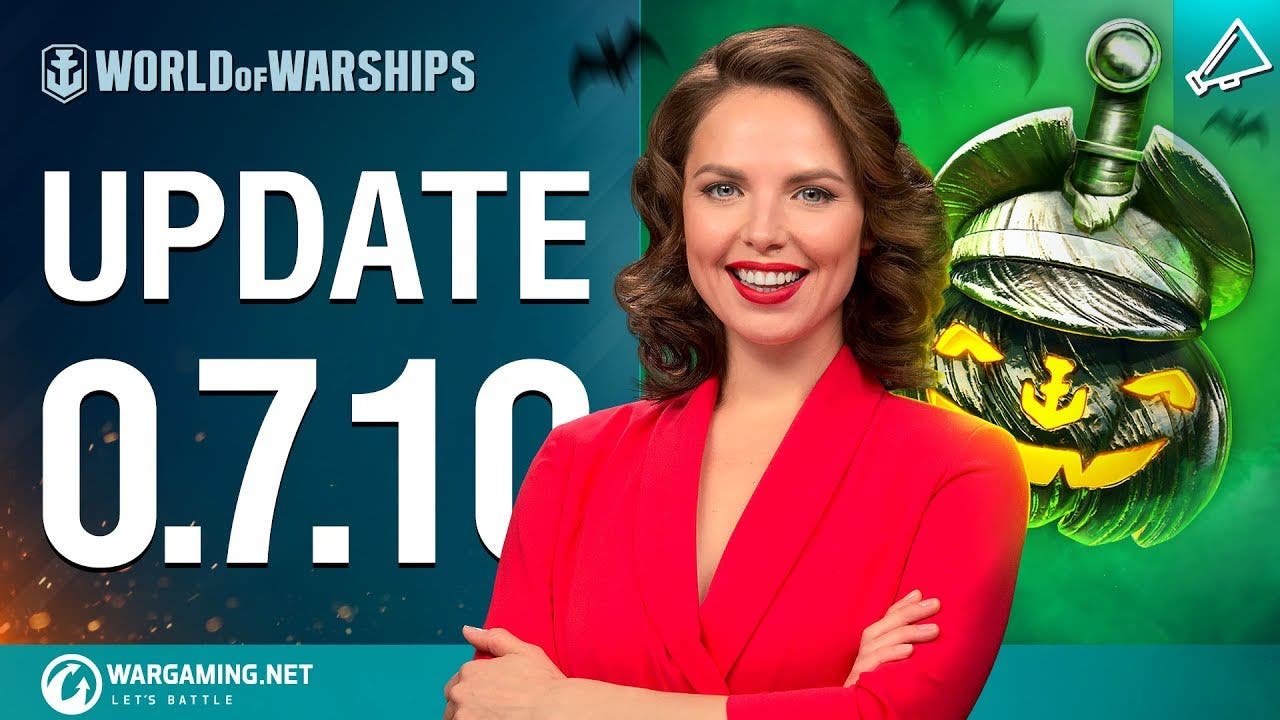 It’s time to get spooky — Update 0.7.10, AKA, “The Halloween Update” for World of Warships is available today. The Port looks…slightly different; evil forces have gone nautical, so it’s up to players to save the seas from this omnipresent danger.

Operation “Saving Transylvania” is available from today, with operation “Sunray in the Darkness” to follow next week. The former sees players accompanying and escorting the ship Transylvania to safety from the Forces of Darkness and taking down the most sinister seafaring ship, the Rasputin! Following on the theme of banishing threatening forces from our naval world, “Sunray in the Darkness” sees all Commanders teaming up to destroy a sinister portal that’s allowing evil into our world. Work together to protect the magical security towers, as they power up and close down the portal!

Two weeks later a third mission “Terror of the Deep” will unlock — bringing with it one of the most requested and anticipated features in World of Warships history: submarines.

Need more ghoulish fun? The Halloween update also adds a new line of nine British and Royal Navy destroyers that are ready to join your fleet, and if that’s not enough, the game has added a new commander — real-world Hockey great, Alexander Ovechkin!

The hockey legend will be available for US and Soviet vessels but also have two special variants: one will be focused on the Halloween event and the other is the first dual-nation commander in World of Warships, meaning he can freely swap between US and Soviet ships.