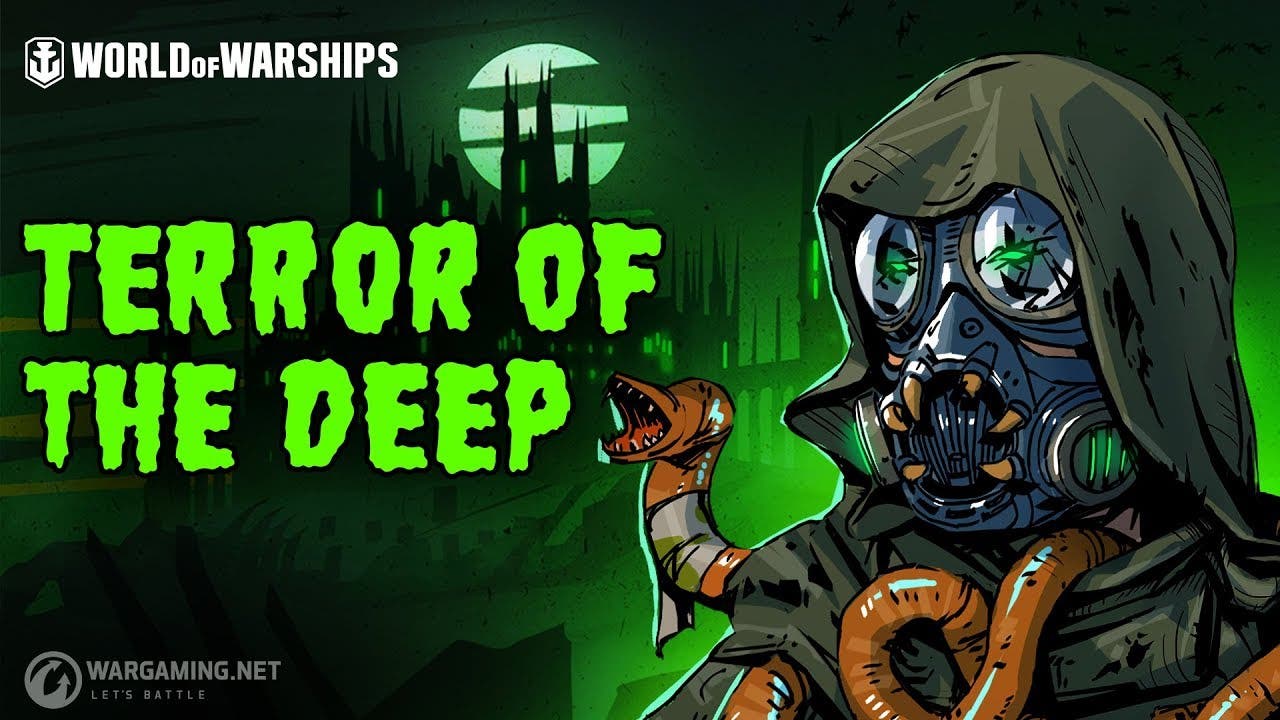 Submarines come to World of Warships today, in “Terror of the Deep” Halloween update

Starting today, the third mission in World of Warships’ Halloween series of events is available, bringing with it one of the most requested and anticipated features in the game’s history: submarines. The new mission, “Terror of the Deep,” puts players into these submerged steel beasts and tasks them with mastering a whole new dimension of strategic movement: depth!

This spooky new operation will run until November 15, giving players two weeks to take on this new challenge and become skilled commanders of this latest addition to World of Warships. There will be five different submarines, each with their own unique commanders and loadouts to use during the operation:

These seafaring commanders and their subs are on a mission to fend off the villainous Rasputin — the evil force behind the twisted, spooky world.

Players will start with the Barracuda in their home Port, unlocking other subs throughout the event by completing certain criteria. With the addition of submarines, players are introduced to new tactical options that depth provides. Changes in depth will affect visibility and the possibility to attack, depending on whether you are on the water’s surface, periscope depth, or deep waters. Also, make sure to keep an eye out for a new type of danger: depth charges.

The World of Warships Halloween mode is a special event that allows developers to test and try out new game mechanics and features that could be used in the future. After the operation’s completion, the World of Warships team will evaluate community feedback and consider introducing submarines as the fifth ship class in the game.