Wargaming is getting into the seasonal spirit, kicking off a series of eerie Halloween-themed events in their recently launched title, World of Warships. Starting October 20th spanning through November 2nd, players on the North American servers who log into the game will have the opportunity to battle new, exclusive boss ships in a quest to dominate the haunted seas.

The in-game festivities will begin on October 20th, where players will encounter two, brand new, haunted ships in battle: Phantom Fortress and Salem Witch. Phantom Fortress is a Halloween-themed version of the legendary aircraft carrier USS Hornet, raised from the depths. Also prowling the sea to terrorize captains is a spooky version of the USS Salem, known as the Salem Witch for the event. Commanders will face off against one of these two boss ships in randomly generated, asymmetrical matches for special in-game prizes – complete the objectives or successfully defend or destroy the haunted ships.

Adding to the October madness, World of Warships will also offer special XP boosting Halloween camo as well as a new premium ship, the Fūjin – a creepy version of the Japanese Destroyer, Kamikaze, available on sale October 20th.

The October Halloween festivities will culminate in a “spook-tacular”, live event aboard the actual Phantom Fortress herself – USS Hornet in Alameda, CA. On October 27th, in honor of the day of the original USS Hornet’s scuttling, Wargaming will sponsor Scareco’s ‘Haunted Hornet’ Halloween attraction; if in the San Francisco Bay Area, join Wargaming aboard the historic vessel. First 500 attendees will receive a special swag bag and a ticket to the Haunted Hornet Halloween maze, as well as an exclusive opportunity to pilot the Phantom Fortress and Salem Witch.

For more information on the “Rise of the Phantom Fortress” event, visit the official World of Warships website:

Battle with and against two tricky “boss” vessels, Phantom Fortress and Salem Witch, and earn your treat! These spectral ships will be captained by Wargaming staff and representatives. These phantasms are incredibly powerful, so the teams will be balanced accordingly. Earning the reward is not contingent upon destroying the special ships. If your team wins, you get the much-deserved prize!

She’s a spirited destroyer modeled after the Japanese Kamikaze, and starting tomorrow, October 20, she’ll be available in the Premium Shop — for a limited time. Keep an eye out for a complete spotlight article coming soon! 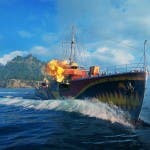 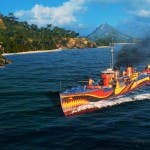 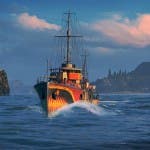 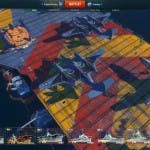 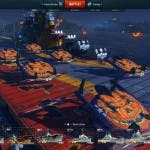 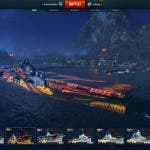 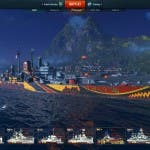 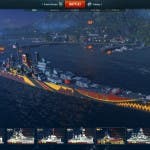