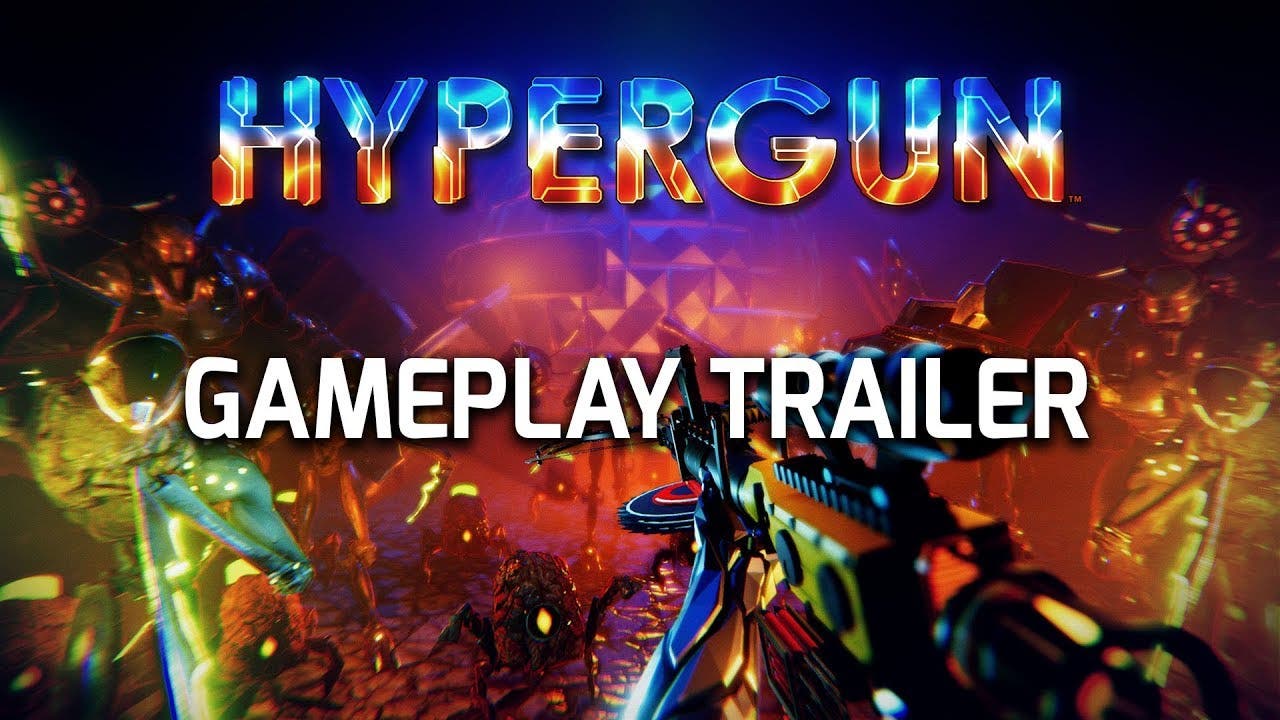 Toronto, Ontario – Aug 1st, 2018 — Back in May we introduced you to the newest project from NVYVE Studios, the over-the-top roguelite shooter HYPERGUN, and now we’re back to drop a sick new gameplay trailer alongside a release date! HYPERGUN will be available on Windows PC this coming Aug 23, 2018, at a price of $14.99 USD with console versions arriving in the fall.

The year is 2038. A highly advanced alien race has occupied planet Earth and the human race is at its breaking point. The fate of our species now depends on DevTech Labs’ top-secret HYPERGUN program: a highly advanced simulation that is designed to create the ultimate weapon to combat the alien oppressors by combining weapon components across countless simulations. Here, players step into the shoes of fearless DevTech Labs intern, Dewey Owens. With nerves of steel and wielding the most questionably effective weapon known to humanity, Dewey spends his spare team sneaking into the DevTech Labs… uhh… labs outside of work hours and facing off against the baddest of the bad in the HYPERGUN program.

Since HYPERGUN’s announcement, NVYVE has been hard at work adding some slick polish and even more crazy content. What can you look forward to as you tackle the most insane simulation the world has ever seen? Well, for starters;

HYPERGUN will be available on Windows PC on Aug 23, 2018 with Xbox One and PS4 to follow in the fall!