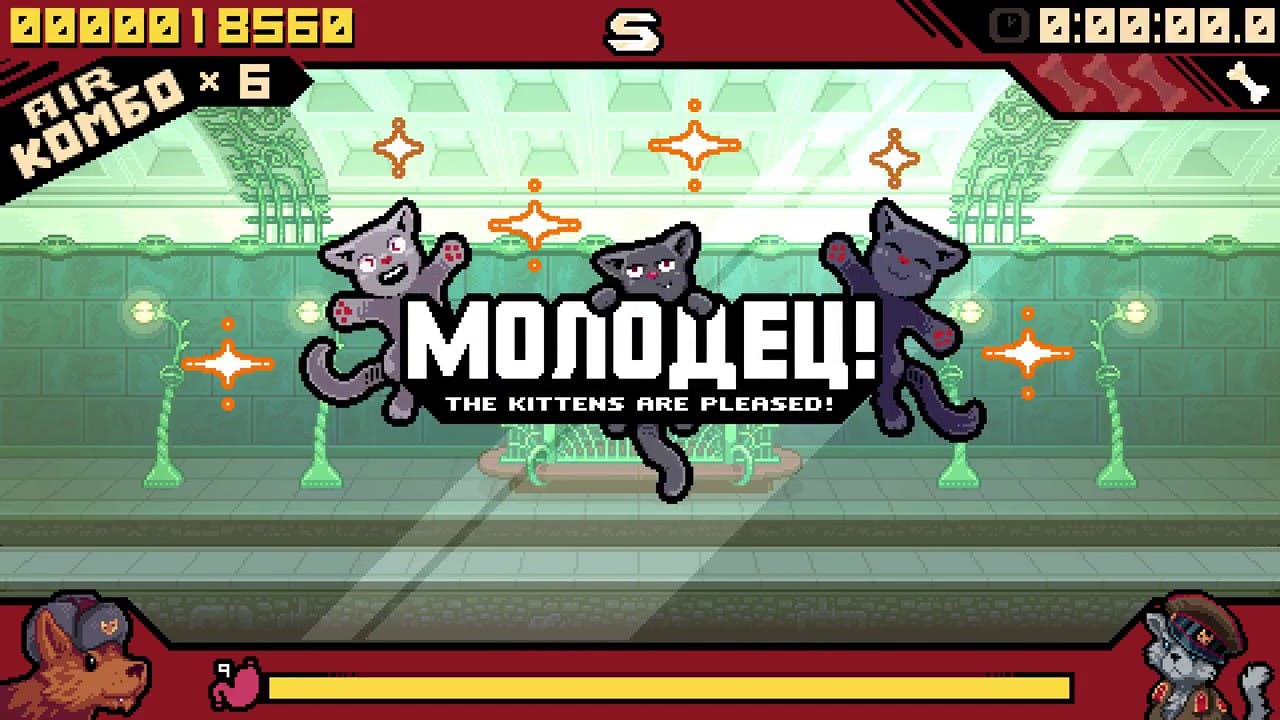 Russian Subway Dogs comes to Steam today, and $1 donations for every purchase will be made to charity

Toronto, Canada – August 2, 2018 — Spooky Squid Games, creators of They Bleed Pixels, are excited to un-leash their latest game, Russian Subway Dogs, releasing today on Steam (PC, Mac) and available for $14.99 USD with a limited time 10% launch discount. To celebrate the game’s launch, Spooky Squid has teamed up with Toronto charity, Save Our Scruff. For each unit sold over launch week (August 2 – 8), the team will donate $1 USD to this non-profit organization that rescues dogs all over the world (including Russia!) and finds them safe and loving permanent homes through adoption, advocacy and education.

So, what is Russian Subway Dogs? It’s an action-arcade game that pits players against the clock as they consume food to survive until the day’s last train, all while avoiding rogue bears, barking at volatile vodka, and fending off rival critters. Based on real-life dogs that learned to navigate the Moscow metro and scavenge for food to survive, step into the paws of a whole host of adorable canines and critters, including cameos from indie darlings like Gunshow’s Question Hound (everyone’s favourite “this is fine” dog), Guacamelee’s Uay Chivo, Nidhogg 2’s, well, Nidhogg, and many more!

Travel the Moscow metro system with the Proletaricat and her litter of chaotic kittens in Campaign mode. You’ll face over 100 unique challenges across dozens of lovingly pixeled levels based on real-life subway stations. Want a quick fix? Bring your stray dog skills to Endless mode where you can claw your way to the top of the online leaderboards! Either way, Russian Subway Dogs offers up more systemic arcade action than you can wag a tail at. Simple enough for a puppy to pick up but still packed with challenge, get ready for fast-paced gameplay and quick thinking, as you face a fiendish mix of enemies, items, and subterranean surprises.

Russian Subway Dogs is out now on Steam (PC, Mac), retailing for $14.99 USD. For every unit sold during the game’s launch week (August 2 – 8), Spooky Squid Games will donate $1 USD to Toronto-based non-profit, Save our Scruff. Stay tuned for more information about Russian Subway Dogs’ launches on PS4, Vita and Xbox One later this year by following the team on Twitter, joining Spooky Squid’s mailing list, and visiting the official website.