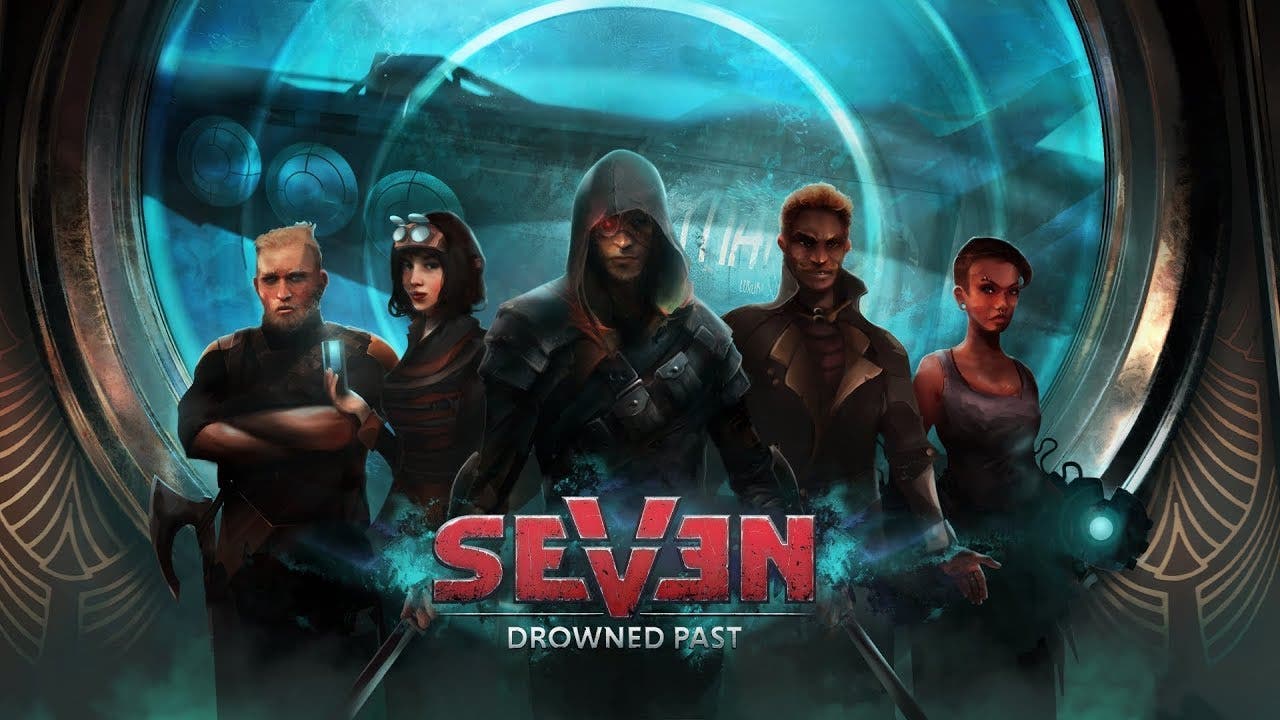 BIELSKO-BIALA, POLAND (August 2018) — Developers Fool’s Theory & IMGN.PRO, announce a free 7-hour expansion to the Thief-inspired 3D isometric RPG SEVEN: THE DAYS LONG GONE called SEVEN: DROWNED PAST.  RPG fans continue their exploration as serial thief Teriel, who runs into ‘the Enclave’, a ragtag group of mysterious vagabonds who have discovered the mythological sunken vessel and are exploring it in the hopes of unearthing riches. But things that are buried, are buried for good reason, as Teriel and the Enclave will discover.

As creative director of Drowned Past, Karolina Kuzia-Rokosz, who previously was a quest designer on The Witcher 3 for CD Projekt RED, devised the concept, storyline and quests.

“Creating Seven: The Days Long Gone took over three years, and it was during that time we came up with the story arc for Drowned Past. But it was such as a sizeable storyline that we couldn’t include it in the scope of the original game. It needed its own room to breathe and so we decided that it would only work as an expansion,” said creative director Karolina Kuzia-Rokosz.  “I’m delighted that gamers will be able to revisit the world of Vetrall in Seven: Drowned Past. They will uncover a whole new questline, engage with new characters, explore added locations, and fight new types of enemies. For experts, Seven: Drowned Past offers more than seven hours of gameplay and will be available for free to all owners of Seven: The Days Long Gone.”

Seven: Drowned Past will include new opponents, new skills to implement and terrains to parkour, eight new quests, and about 7 hours of gameplay, all for free to owners of Seven: The Days Long Gone.  In addition to the free expansion, all owners of Seven: The Days Long Gone will find that the game has vastly improved. The original game, which is currently available on platforms such as Steam orGOG,  was hailed by all critics as a wildly ambition game. PC Gamer called it a “brilliant stealth sandbox and unconventional RPG” and Windows Central said it was “ambitions isometric role-playing game you definitely shouldn’t miss”, and Impulse Game called it an “awe inspiring achievement”.

“Our goal was to redefine isometric RPGs with Seven: Days Long Gone but we didn’t achieve it. Our critical and fan reviews were all over the place with scores ranging from 90s to 40s. But they all correctly pointed out flaws that we have spent almost half a year correcting.  As a thank you to those that played the original game or plan to buy it, we will release the 7-hour expansion to them in the hopes they will revisit the open world of the Vetrall Empire as well as play the new expansion. And for those who have not yet played Seven, they will be able to purchase the original game and receive the expansion at no additional cost,” said Bartosz Moskala, IMGN.PRO co-owner.