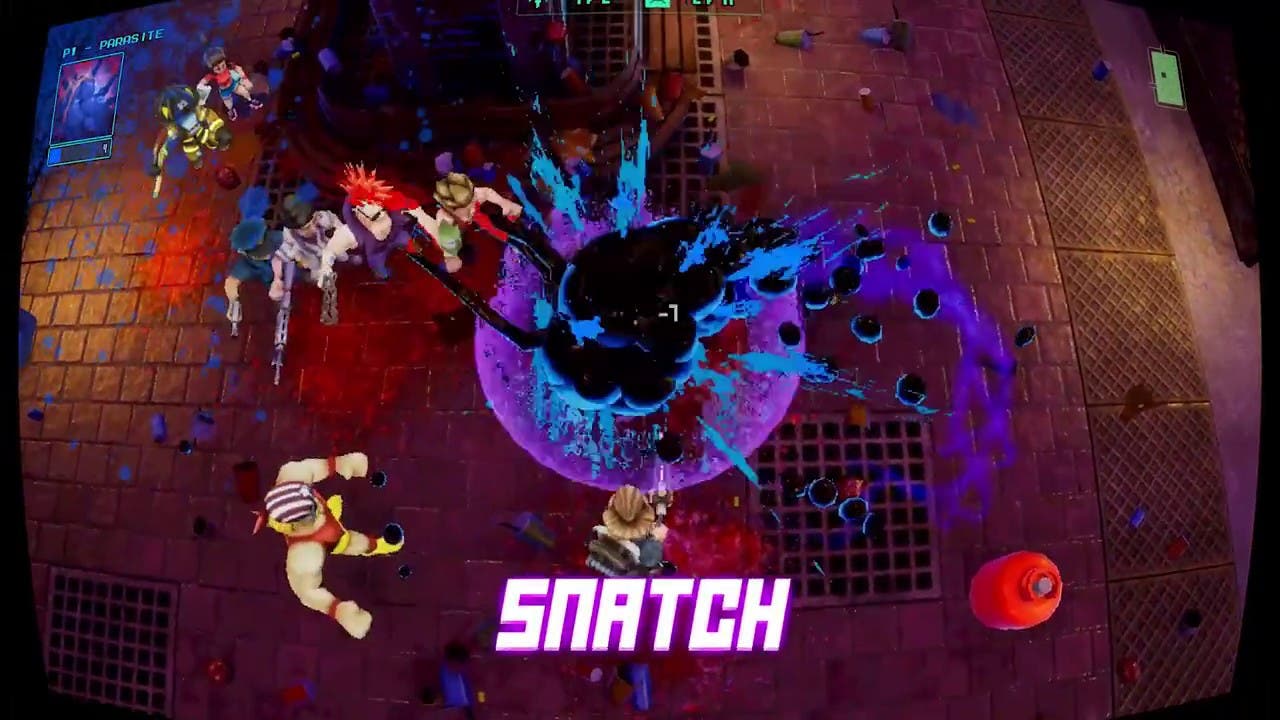 Development has recently begun on the Nintendo Switch version of HyperParasite, which is marked with a brand new trailer, whilst work continues on the PC Steam platform to be complemented with an Xbox One and PlayStation 4 release in 2019!

HyperParasite is a relentless twin-stick shooter/brawler with rogue-lite mechanics and is set in the roaring 80s, offering cool looks, fast action and great controls. The onscreen cast of characters, 60 different classes, all of which you can control, exploiting their own attributes weapons and moves, present a game of outrageous action, rip roaring brawling at is very best, laced with a comical slant which adds spice and fun! So no more looking for weapons, it’s the dude you control that is packed with the surprises!

very Breath You Take
A dystopian world presents an ambience of dislocation, menace and tough love which is set around World War III. The unseen aggressor marauding and consuming its way through the population is a parasitic organism capable of making hosts of unsuspecting human beings, consuming what’s left of their souls and wreaking unfathomable havoc.

Game On
Players will traverse a total of 13 game levels: 5 main levels and 8 sub-levels, plus the customary crazy boss fight at the end of each main level and several mini-bosses . With martial law having been declared to make way for a global hunt, battle-hardened law enforcers have made allies of the most degenerate of criminals, while the rest of the world is paralysed with paranoia. So who can be trusted? Who can see it, let alone destroy it? That’s for them to worry about. For YOU are the enemy. YOU are the organism with a mission.

“Hound Picked Games is happy to be working with Troglobytes Games, a small but very accomplished team who have already worked on a number of titles. Their vision for HyperParasite is commendable and we believe there is a huge collective of gamers who will find this title one that they will enjoy immensely. We have great faith in this title and Hound Picked Games will support it throughout until release in 2019!”
Dan Muir, CEO Hound Picked Games.