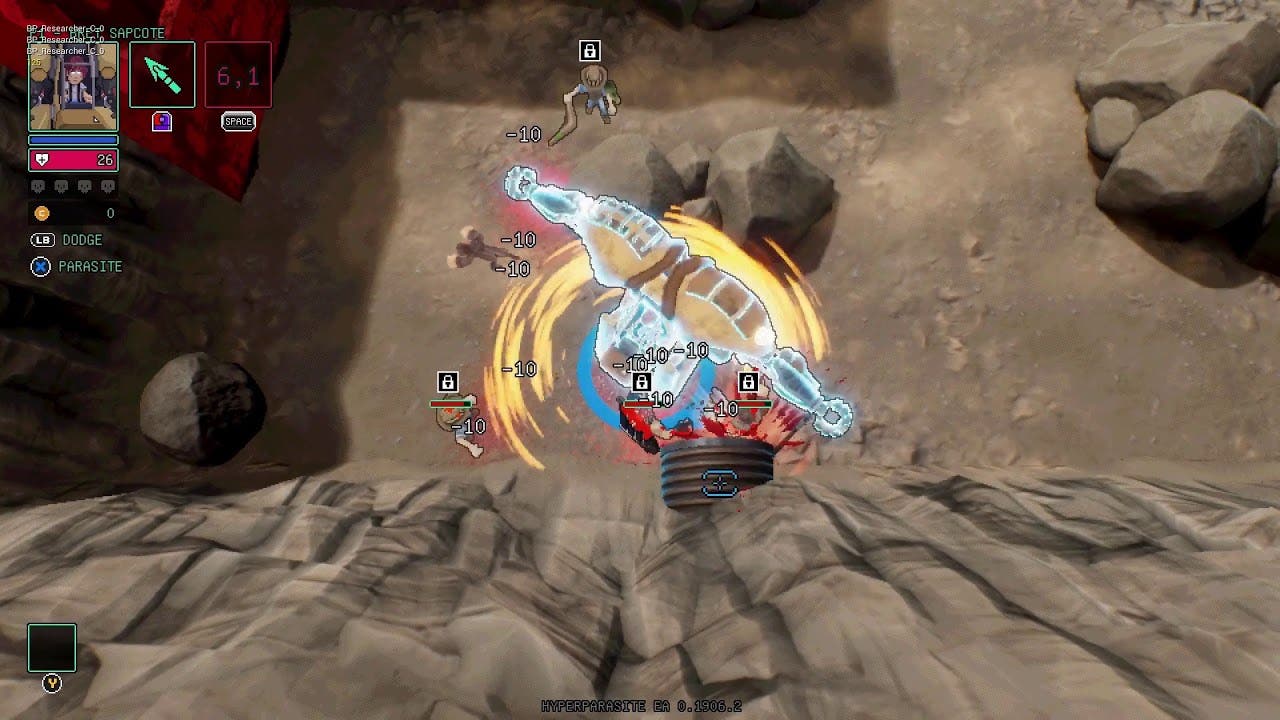 20th August 2019, Barcelona, Spain – Today Troglobytes Games and Hound Picked Games are pleased to announce that rogue-lite, twin-stick, snatch, zap and shoot ‘em up, HyperParasite, rolled out its biggest update to Steam Early Access since its initial launch, back in April 2019, in time for its appearance at Gamescom at booth location Entertainment Area of the Spanish Pavilion in Hall 10.1.

HyperParasite offers rad visuals, fast-paced action, tight controls and is set in the bodacious 80s. The game features 60 different classes, all of which you can control and exploit their own attributes, weapons and moves, to present a game of outrageous action and rip-roaring brawling at its very best.

Since releasing on Steam Early Access, the game has received weekly updates including two brand new acts, developer and community gameplay streams, new characters, levels, mini-bosses, gameplay mechanics and quality of life features. As part of this update, HyperParasite will increase from $10.99 to $12.99 and has received a revised release date of Q1 2020.

“We would like to extend a huge thank you to all of our early adopters playing HyperParasite on Steam Early Access and with your feedback and critique, we have finely honed and refined the game,” said Saverio Caporusso, CEO of Trologbytes Games. “With the implementation of Act 4, we feel it’s the right time to increase the price from $10.99 to $12.99, which we feel still offers incredible value for money. If you’re at Gamescom, we’d love to show you how far our game has come along in development since our initial Early Access release!”

In HyperParasite, it’s the dude you control that is packed with the boom, no more scrabbling for weaponry and panicking at a boss encounter. With 60 different characters to take control of, players may snatch the best host body for the scenario and kick butt.