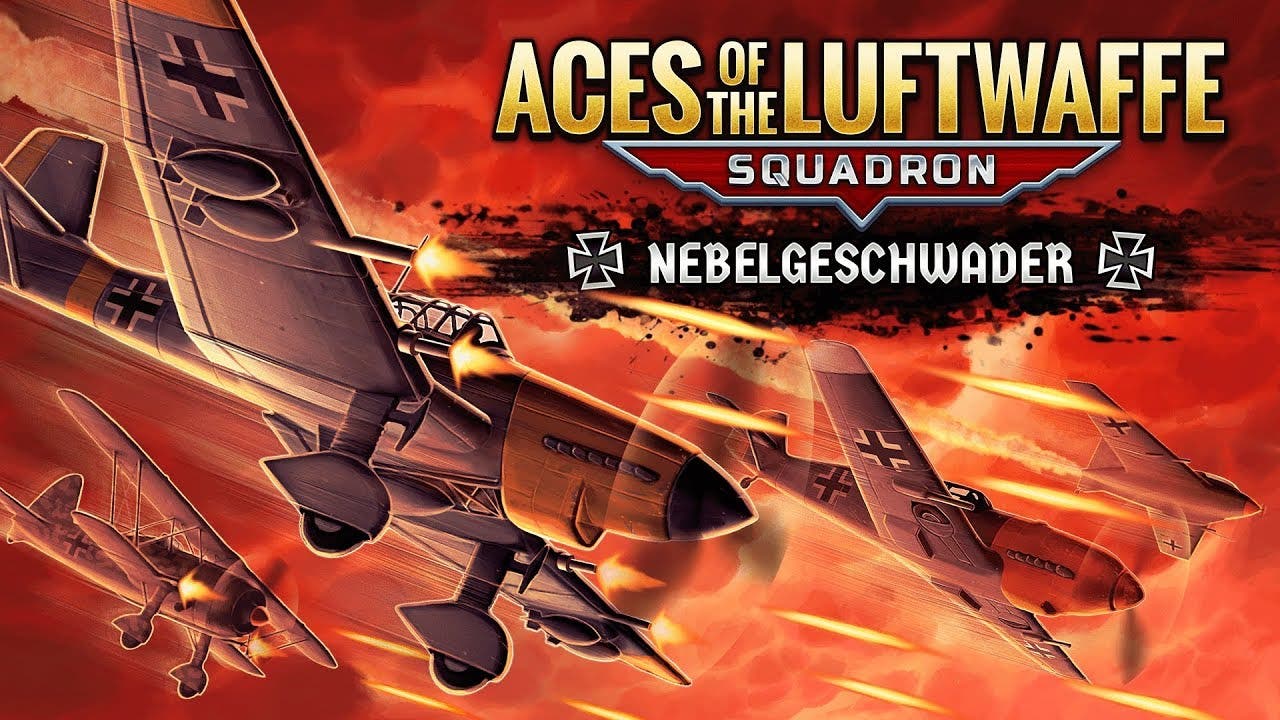 Giebelstadt, Germany, October 23rd 2018: This is the Oberkommando of the Luftwaffe speaking: the Nebelgeschwader is ready for action on November 13th, which is perfect timing given all the Nebel in the air. Our counterintelligence will make sure that the Geschwader is completely disguised as a simple DLC pack, but understand that this is, in fact, a full add-on with exactly the same volume of content as the base game Aces of the Luftwaffe – Squadron: 25 new levels, six epic new boss sights, four different pilots and a local co-op mode for up to 4 players. They will never know what hit them…

In The Nebelgeschwader DLC on Steam, Nintendo Switch™, PlayStation®4 and Xbox One, players take on the role of a German elite squadron (The Nebelgeschwader). The events take place at the same time as Aces of the Luftwaffe – Squadron, but on a different front as the Nebelgeschwader operates from a secret base in the the Bermuda Triangle.

The Nebelgeschwader will be available on PC, Nintendo Switch™, PlayStation®4 computer entertainment system and Xbox One series devices (including Xbox One X) on November 13th 2018.

About Aces of the Luftwaffe Squadron – Nebelgeschwader

AOTLS-N is an action-packed DLC campaign with a fully voiced narrative. Experience 25 new levels, defeat waves of enemies, take on six brand new epic bosses and upgrade each of the unique characters in your squadron via personal skill trees. But don’t go to war alone! Experience the thrilling storyline with up to three friends in an epic 4-player local co-op battle.