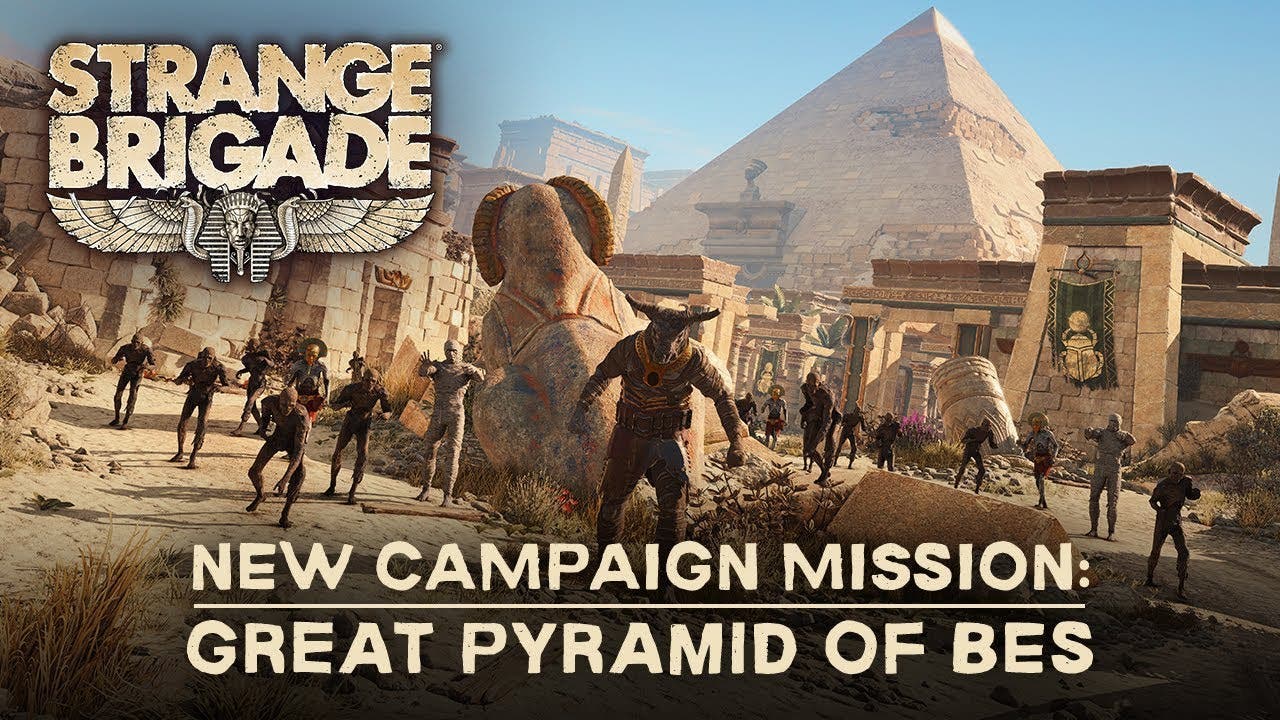 A perilous pyramid full of terrifying traps? A troublesome teleportation to the afterlife? This sounds like a job for… the STRANGE BRIGADE!

The thrilling conclusion to the Brigade’s downloadable developments is here!

Campaign mission THRICE DAMNED III: GREAT PYRAMID OF BES is available now via the Season Pass or to buy separately. And, as revealed in today’s new trailer, an old foe is back to terrorize once more – or should we say, thrice more!

Luckily the Brigade have another new hero in their employ. Introducing tracker extraordinaire Anjali Khan! Secretly a ruler of a prosperous Indian state, Anjali has vowed revenge against the curse that took her family. To help her do just that, she’s brought the Brigade some devilishly destructive new gear…

Yes, the MAHARANI HUNTRESS CHARACTER EXPANSION PACK is also out now! Not only does it feature Anjali Khan as a new playable hero, it also bundles in her amulet power Spear of the Ice Age, the special item Cluster Grenade, and the Audley A40 Exemplar SMG and Eastleigh M1 rifle. Like the THRICE DAMNED III, it’s available right now via the Season Pass or to buy separately.

What about the latest round of fantastic freebies courtesy of those Rebellion rascals? Two new modes, two new Score Attack levels and a new Horde map!

Shutter-happy snappers can delight in PHOTO MODE, while challenge-craving champions can test their skill with the new difficulty level EXTREME MODE. Both are FREE and available right now, as are the Score Attack levels “Great Pyramid II” and “Afterlife II” and the new Horde map “Void.”