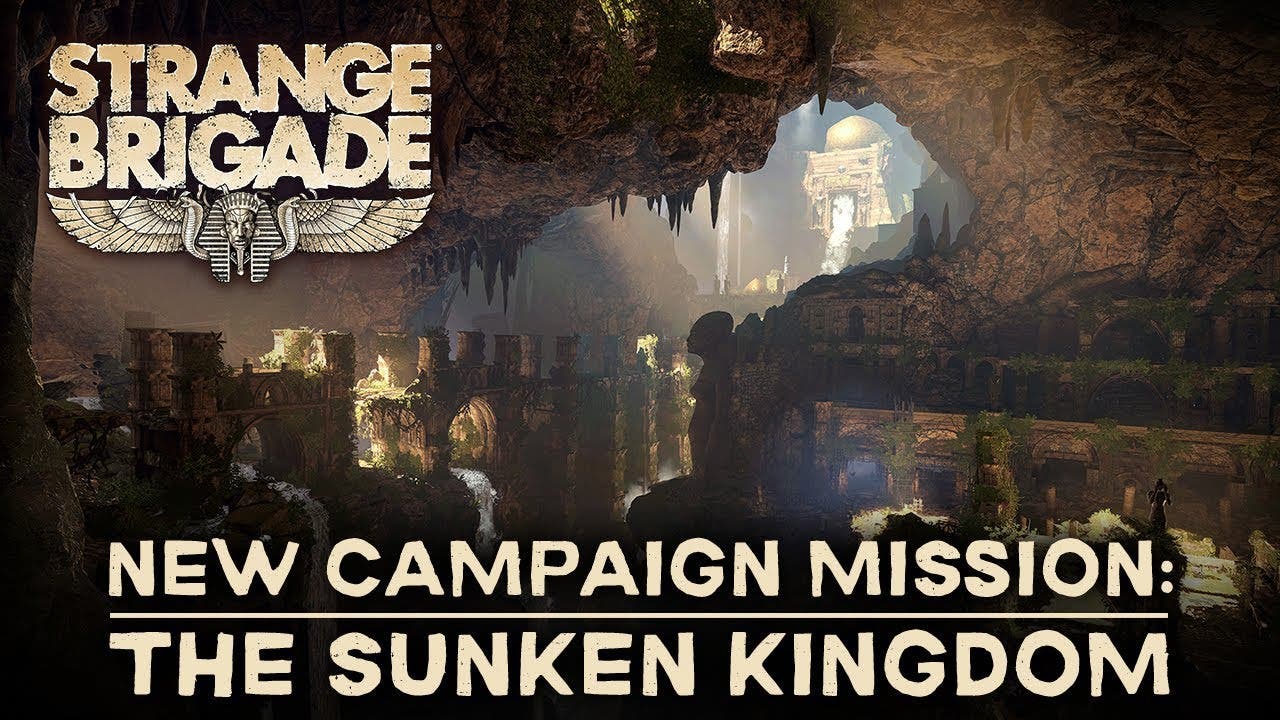 On today’s incredible installment of Strange Brigade, our unflinching uncoverers of mystery embark into a mythical underground city. But what’s this? A stunning temple at its very centre? Deadly cave-dwelling nasties guarding it with vim and vigour? My word, the Strange Brigade may need help here…

Welcome to THE THRICE DAMNED 2: THE SUNKEN KINGDOM, the second part of Strange Brigade’s dramatic DLC campaign! It’s out now on PS4, Xbox One and PC, continuing the adventure ahead of the thrilling conclusion later this year!

The Japanese Naval Officer Character Expansion Pack is also out now on PS4, Xbox One and PC, and it’s priced $7.99. The Thrice Damned 2: The Sunken Kingdom is priced $6.99. Both DLC packs are available to purchase separately or via the stupendous Strange Brigade Season Pass.