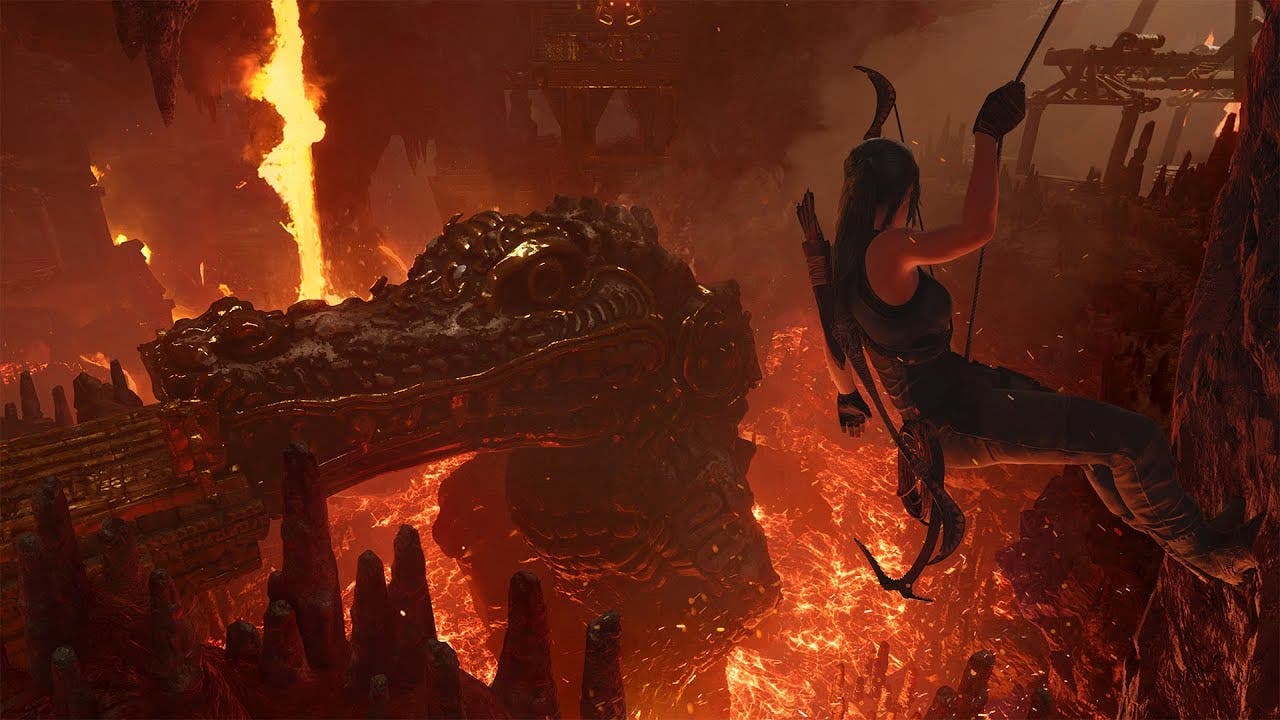 Shadow of the Tomb Raider’s newest DLC, “The Grand Caiman” is available now on all platforms

LOS ANGELES, CA (March 29, 2019) – Square Enix®, Eidos-Montréal®, and Crystal Dynamics® are excited to announce “The Grand Caiman,” the newest DLC adventure for Shadow of the Tomb Raider™, is available now. Out as a free download to all Season Pass holders, and sold separately, “The Grand Caiman” is available for the Xbox One family of devices including Xbox One X, the PlayStation®4 computer entertainment system and Windows PC/Steam®.

In Shadow of the Tomb Raider’s new DLC, a ferocious deity threatens the lives of innocent San Juan villagers. To save them, Lara will battle a deadly group of mercenaries in order to prevent a cataclysmic disaster. Solve the new volcanic challenge tomb and reap its powerful rewards.

Survive the latest DLC with the Reptile Hide outfit, which heightens resistance against projectiles and boosts XP gained from assault kills. Players can also equip the Whispering Scourge, a suppressed shotgun, as well as the Volcano skill that enables crafting incendiary shotgun ammo, which sets flammable objects and most enemies ablaze. All tombs from the main campaign are all now playable in Score Attack and Time Attack mode.

Shadow of the Tomb Raider is available now worldwide on Xbox One, PlayStation®4, and Windows PC/Steam. The Season Pass is available for $29.99 or “The Grand Caiman” can be purchased as a standalone for $4.99.