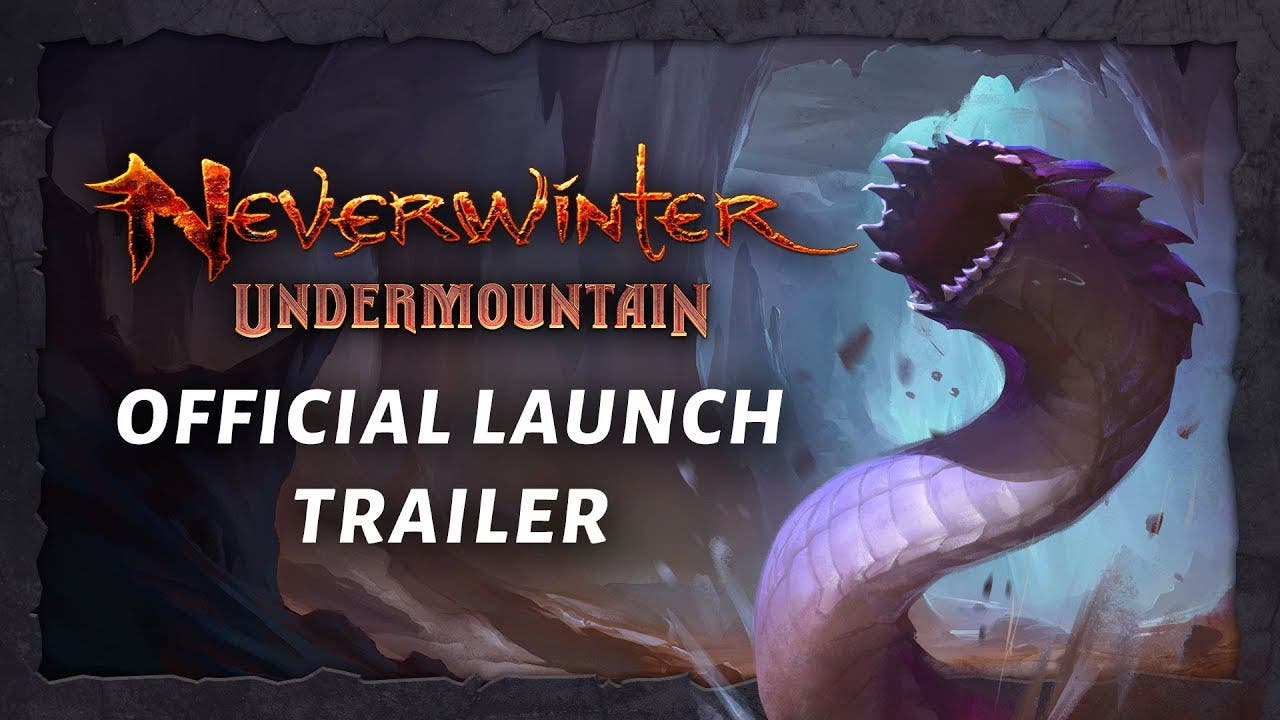 Neverwinter “Undermountain” is the largest expansion ever, launches today on PC and consoles this summer

REDWOOD CITY, Calif. – April 23, 2019 – Today, Perfect World Entertainment Inc., a leading publisher of free-to-play MMORPGs, and Cryptic Studios announced Neverwinter: Undermountain is now available on PC, and coming to PlayStation®4 and Xbox One on June 11. Adventurers are summoned to Halaster Blackcloak’s enormous dungeon beneath Waterdeep where they will explore five diverse, new Adventure Zones via the Yawning Portal social hub. Players will encounter and be guided by the proprietor of the well-known tavern, Durnan (voiced by Dungeon Master Ruty Rutenberg), and the Chultan priest of Waukeen, Obaya Uday (voiced by D&D community leader and founder of Gilding Light, Satine Phoenix). Adventurers in Neverwinter can also look forward to a level cap increase to 80, an Endgame Dungeon, Class Powers and Feats overhauls, a revamped Boons system, a richer loot drop experience and tons more in Undermountain.

Twisted magic whisks inhabitants of the Forgotten Realms to the halls of Undermountain below Mount Waterdeep, with promises of their deepest desires. As adventurers delve deeper into the dungeon, they will experience five new and distinct adventure zones, each with its own set of challenges and rewards. The influence of Halaster Blackcloak and his apprentices is felt throughout the Undermountain story and Campaign, culminating in an all-new Endgame Dungeon, Lair of the Mad Mage.

Through these new experiences, veteran players will grow their characters up to level 80 with the increased level cap, while new players will enjoy improved level-scaling for earlier zones. This update also brings class ability and balance overhauls, new rewards from encounters throughout Neverwinter, an all-new Expeditions system – where players can explore the ever-changing caverns of Undermountain – and much more. Below is a detailed list of features:

For more information about Neverwinter: Undermountain’s extensive changes visit our Developer Blog HUB and to begin your adventure for free, visit:  http://www.playneverwinter.com.