Since getting a VR system, I’ve been looking for what might be the platform’s HALO, Call of Duty, or likewise FPS must-have. There are a few that exist, but most are adaptations of existing games. Even fewer take into account the unique opportunities or—perhaps more importantly—limitations of VR interactions. Space Junkies clears those gates with ease. It plays like if VR were the native platform for when Quake Arena or Unreal Tournament were developed, with more panache. It is an incredibly fun experience.

The tutorial is smart and gets you a very quick rundown of the interaction concepts. So easy, in fact, that this was a friend’s first experience with VR and he picked up on the methods so fluidly that he made me nervous for my high score. Movement in VR is, on the whole, a hard thing to tackle. Space Junkies uses head-based trajectory with a button-pressed propulsion. Basically, you’re looking toward the direction you want to go and guiding yourself to the destination.

The gun play won’t rival others in a technical capacity, but Space Junkies is far more focused on the fun. It delivers there, in spades. There are seven unique weapons. My favorites are the Nuclear Slingshot—a sling-based grenade launcher—and the Cosmic Ripper—a one- or two-handed fully-automatic machine gun. The Cosmic Ripper employs a stability mechanic where you can use your off-hand to grab an extraneous grip and stabilize the gun’s spray.

Throughout the six orbital areas (or “orenas”), you’ll find plenty of obstacles to hide and plan ambushes. Additionally, each arena has such space to move that you never quite know from which direction your opponent is coming. If you’ve been shot but survived, there are trails of small health bumps throughout. If you’re prepping for a fight, there are also shield bumps to get your defenses ready for combat. The pacing of each match is intended to be very fast paced. This is less effective when playing 1v1 on maps intended for quicker 2v2 play.

The dialogue, visual style, and overall vibe don’t take themselves too seriously. But, it is not without some drawbacks. I fully expect Space Junkies to overcome these in time, but they were a knock to the experience at the time of this review.

Most of all, there’s a low player population. In a game that hinges on fun multiplayer experiences, long matchmaking that rarely results in anything more than a 1v1 match makes for a disappointing time. One of the assets in the Space Junkies arsenal is supposed to be its cross-play capabilities. This should result in a higher player pool count. In our experience, it did not seem to help. 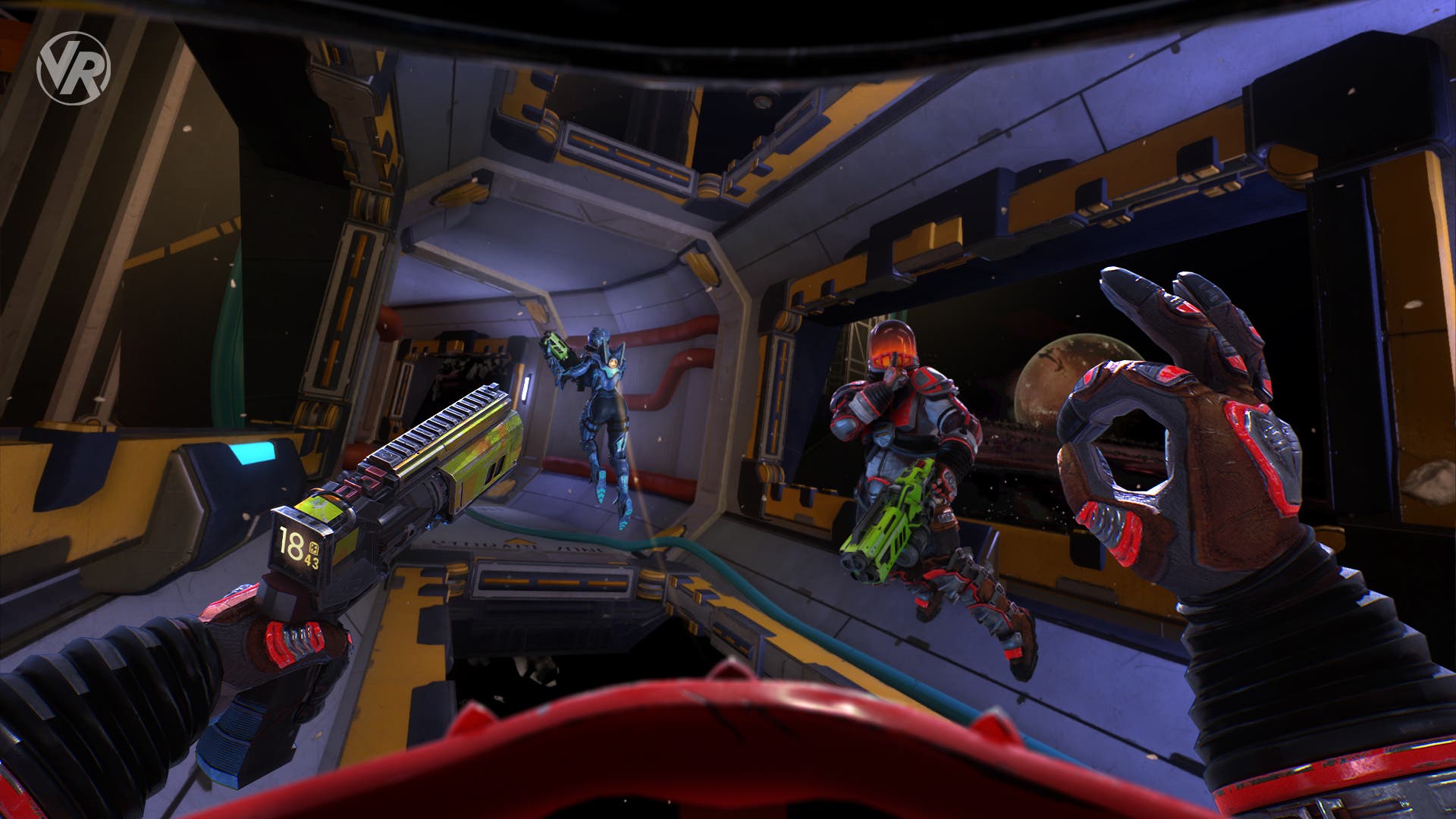 There’s a lot of promise here. But most of it is yet to be realized by the team behind Space Junkies. I’d wager a $20 or $30 entry point with additional charges when more content releases would net this game a lot more popularity than it is currently receiving. With a “high” barrier of entry (relative to its content), it’s going to unfortunately suffer with player count and, subsequently, matchmaking. I truly want this game to succeed and grow in popularity, so I plan to keep a hopeful eye in its direction.

An Oculus Store code was provided by the publisher for review purposes.