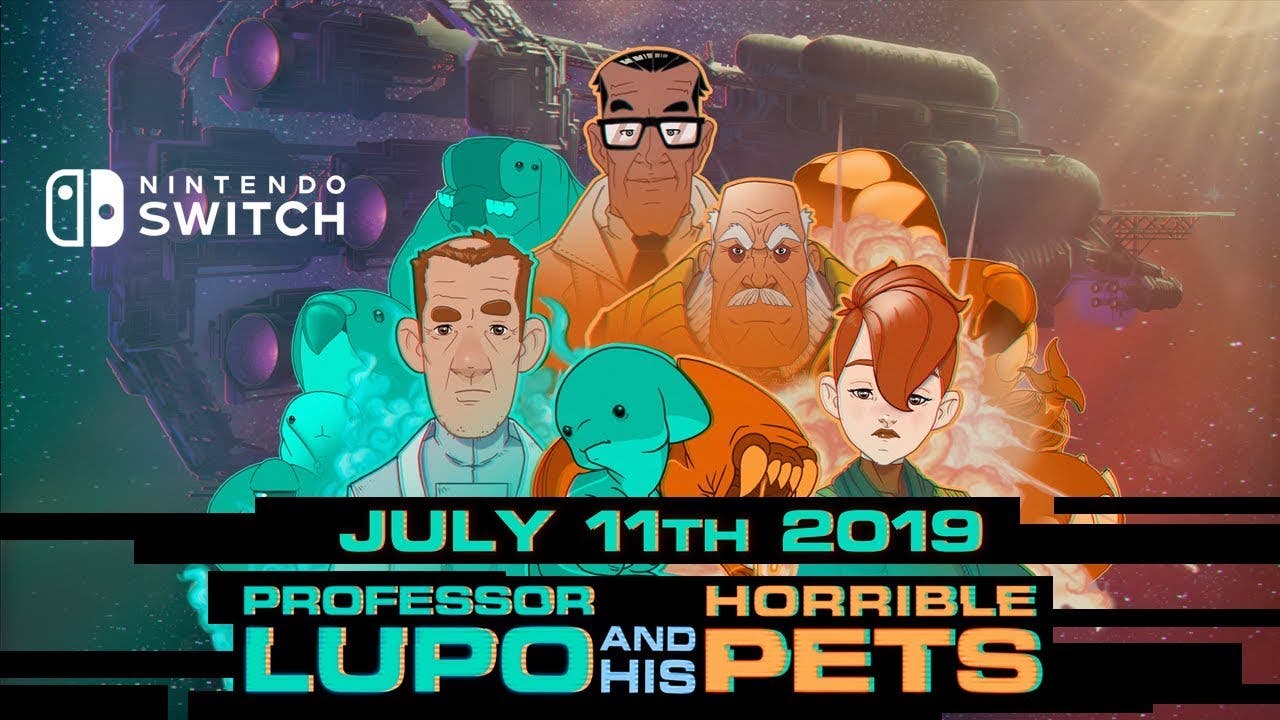 Barcelona, Spain, June 19, 2019 — Indie dev studio BeautiFun Games is proud to announce that their narrative driven space puzzle adventure Professor Lupo and his Horrible Pets will launch on Nintendo Switch and Steam on July 11th, 2019. This new project follows in BeautiFun’s pedigree of distinctive art and story focused games in the vein of their freshman title, the award-winning Nihilumbra. Professor Lupo and his Horrible Pets free demo is available on both platforms as of today for players who want to give it a try before its release on July 11th.

As the Professor’s personal Intern, players are set to deal with the ferocity of his collection of so-called horrible pets: deceiving alien creatures with a double nature, looking adorable while unbothered, but turning into hungry monsters when they sense their prey. When a series of catastrophes cause them to run amok across the Aurora Space Station, it’s every Intern for themself. Professor Lupo and his Horrible Pets is an adventure game with 100 levels that delivers clever puzzle gameplay mechanics, a heavy dose of humor in a suspenseful plot, and original art with traditional 2D animations.

Embracing the Nintendo Switch philosophy, the game supports every configuration the console provides, including portable, tabletop and TV modes. Players can use the joycons, gamepads, and tactile screen to play through the story however and wherever they want. On Steam, players can choose between point and click mode, keyboard controls or the Steam controller, which the game is fully compatible with.

“This game took over two and a half years to make, and we couldn’t be more excited for people to finally play it. We’re extremely proud of the work that we did and we hope that you have as much fun playing it as we had developing it. We believe it’s every puzzle lover’s dream game, and we hope the fans agree!” says Aniol Alcaraz, CEO of BeautiFun Games.

Become the most epic intern of all times and try the free demo today! Available on Nintendo eShop and Steam.