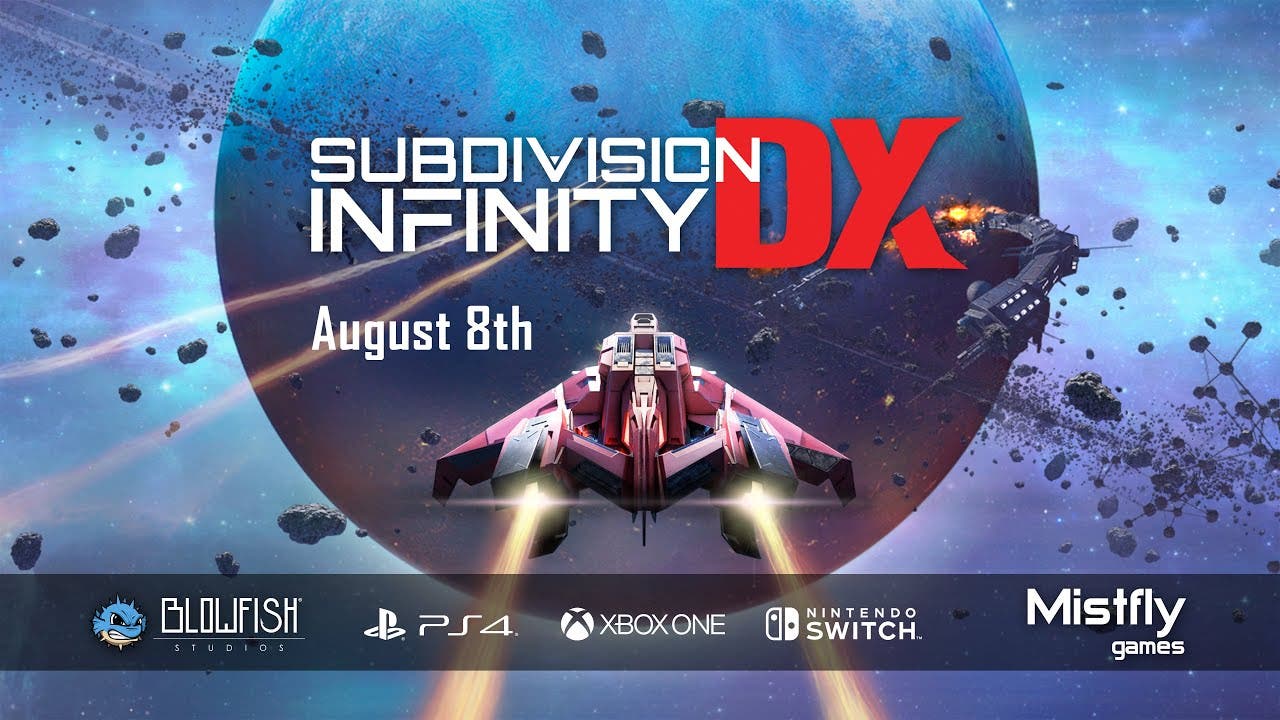 Engage in intense dogfights inspired by some of the greatest space shooters and stylish modern sims. Combat is fast-paced, featuring exciting showdowns with a wide variety of lightning-quick and heavily armored foes as well as challenging boss battles.

Explore the stunning beauty of the galaxy, rebuilt from the ground up in Unreal Engine 4, and take on more than 40 missions. Guide Sgt. Jed Riddle, his drone ally AV-2, and the crew of Subdivision Infinity as they get to the bottom of the foul play involving the strange Element-122 and the mercenaries willing to kill for it.

Space is infinite and so are the opportunities in Subdivision Infinity DX: between missions take on bounties or mine asteroids for rare materials to create ever more powerful ships and become an unstoppable force among the stars.

“Whether you prefer to min max your ship, take down epic enemies or just explore the celestial beauty all around you while wreaking havoc among it, Subdivision Infinity DX has something for everyone” said Ben Lee, founder, Blowfish Studios. “This breathtaking space shooter looks and feels amazing and we’re honored to bring Mistfly’s vision to as many people as possible.”