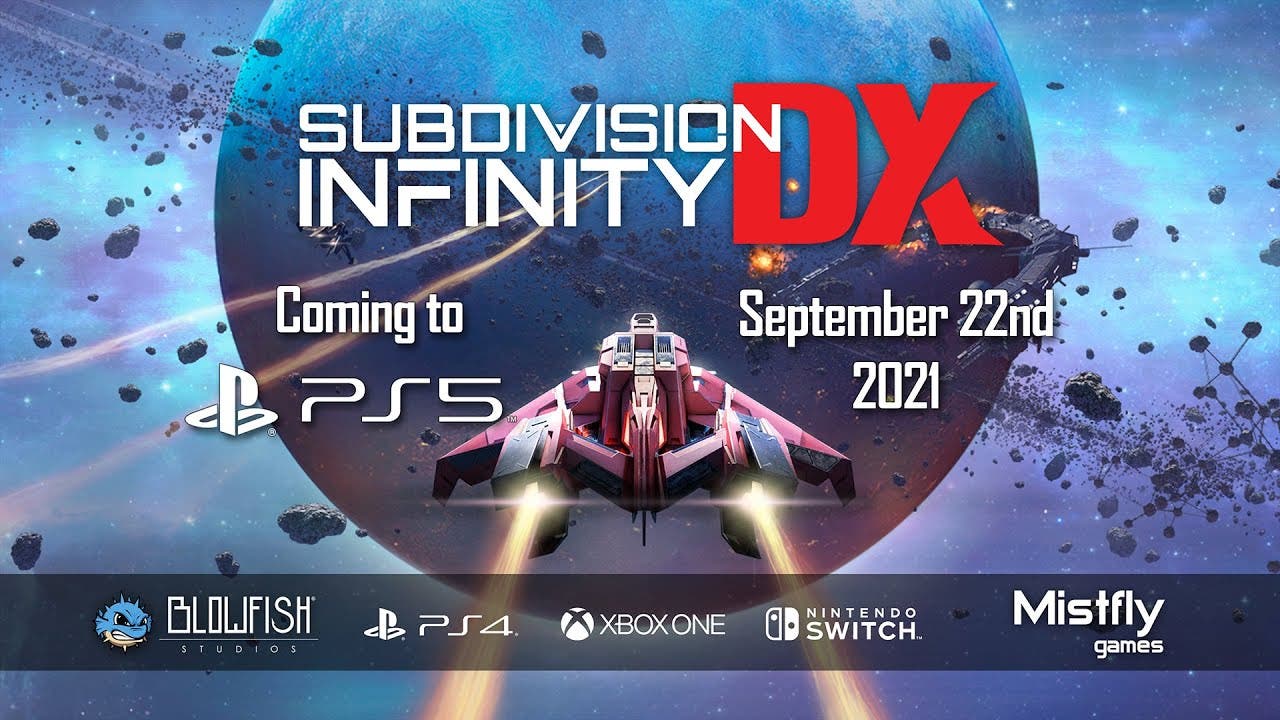 A routine mission to investigate a derelict mining facility on the fringes of the galaxy quickly goes sideways when a squadron of mysterious spacecraft appears. After barely escaping the ensuing shootout, intergalactic starfighter pilot Sgt. Jed Riddle is charged with inquiring further into the band of mercenaries hellbent on obtaining the strange substance known as Element-122.

Engage in more than 40 exhilarating space combat missions throughout Subdivision Infinity’s thrilling campaign. Jump into the cockpit of an intergalactic starfighter to engage in everything from high-speed dogfights with drones to massive battles against capital ships. Maneuver through the vacuum of space, evading obstacles like asteroids and wreckage, dodge incoming missiles, and take out opposing forces piece by piece to subdue their ruthless cabal.

Blast off and explore the distant reaches of the galaxy in sidequests between story missions. Mine meteors and loot abandoned stations, collecting rare materials to trade with merchants at the nearest space port. Utilize resources to kit out Riddle’s ship with advanced weaponry, add impressive new vessels to the fleet, and gain the upper hand against the enigmatic enemy.

“Subdivision Infinity DX is a fusion that pays homage to classic sci-fi shooters with an injection of modern space sim elements,” said Ben Lee, founder, Blowfish Studios. “The team has been over the moon by the response from players so far and we look forward to sharing our out of this world experience with more people when we launch on PlayStation 5 later this month.”