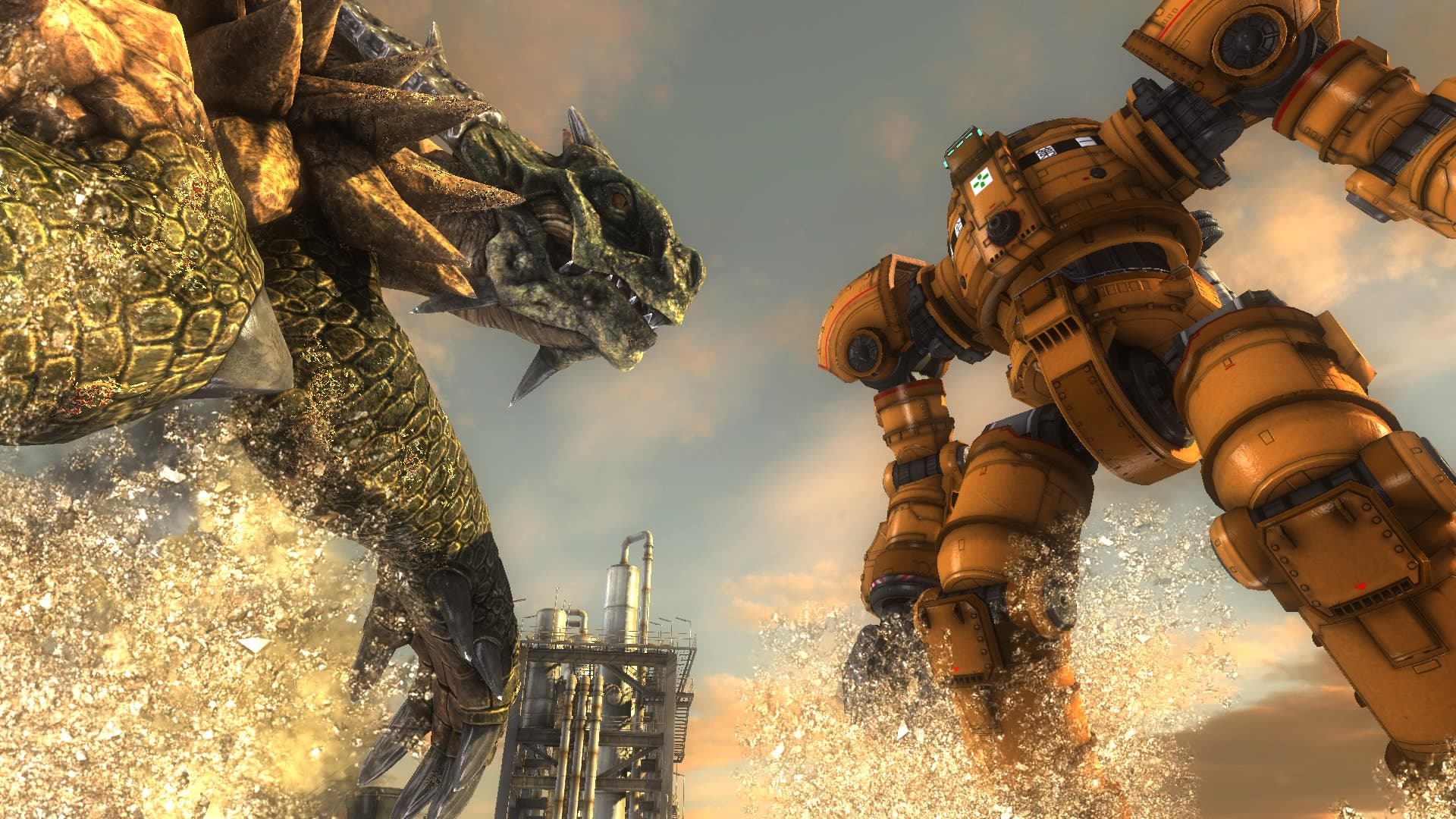 EARTH DEFENSE FORCE 5, despite having a “five” in its title serves as a reboot for the series. The year is 2022 (which takes place after the original continuity began), and the Earth Defense Force (EDF) is under attack for the first time in Earth’s history by an unknown force, which is quickly confirmed to be aliens. The game features five difficulties, the two hardest difficulties are locked from the start, and can only be accessed once you beat the game once.

The first mission is the game’s tutorial, teaching you the basics. It does feel a bit too long to get through, but after that it gets into the nitty gritty. There’s a grand total of 110 missions in the game. That’s a staggering number of missions, which hasn’t been seen in any EDF game prior. The sorties themselves don’t offer a great variety, which mainly task you with surviving. What it does do different is take you to other places than just city streets. You’ll head to forests and beaches that help shake things up in a neat way. 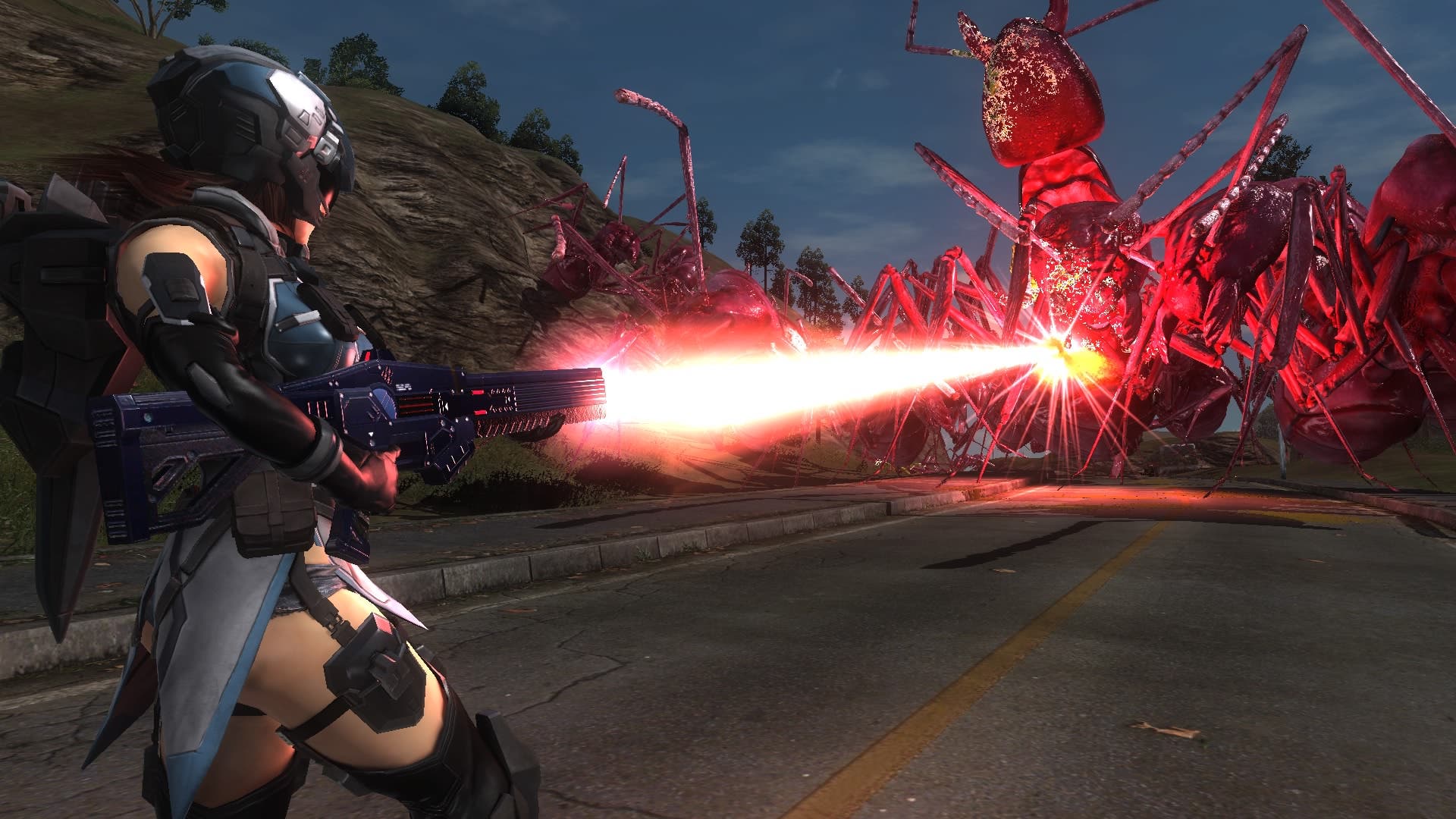 There are four classes to select from, just like EARTH DEFENSE FORCE 4.1 The Shadow of New Despair. There’s the Ranger which is the assault / rifleman class, the Wingdiver which focuses on airborne attacks, Air Raider which is a support class, and the Fence which is the heavy munitions expert. Most classes now have auxiliary or support equipment they can use, once found. Rangers and Wing Divers get one slot, while Fencers get two, and Air Raiders don’t get auxiliary equipment but do get an additional weapon slot instead.

When you fight these bug aliens, they’ll occasionally drop armor, weapons, or health. The systems are little more simple than they were the last time around. Armor is your maximum health, and collecting armor throughout a mission will up your maximum amount for the following mission. If the missions get too tough, you can knock down the difficulty until you are strong enough. Health pickups come in two forms: a medkit and first aid. The med kit is smaller, but both provide health replenishment. The med kids are also a bonus for reviving teammates in co-op. Weapons are random unlocks, which occur for all classes regardless of what you’re playing as. There’s no shortage of ridiculous guns to find along the way. My perseonal favorite from EDF 4.1, and returning in EDF 5 is the Air Tortoise. It’s a rocket launcher that takes an extremely long time to not only acquire its target, but then the time for it to actually fire. And even once it fires, it is so slow that it almost falls to the ground before the rockets kick in to propel it towards its target. Weapons like this are what make this series so great. 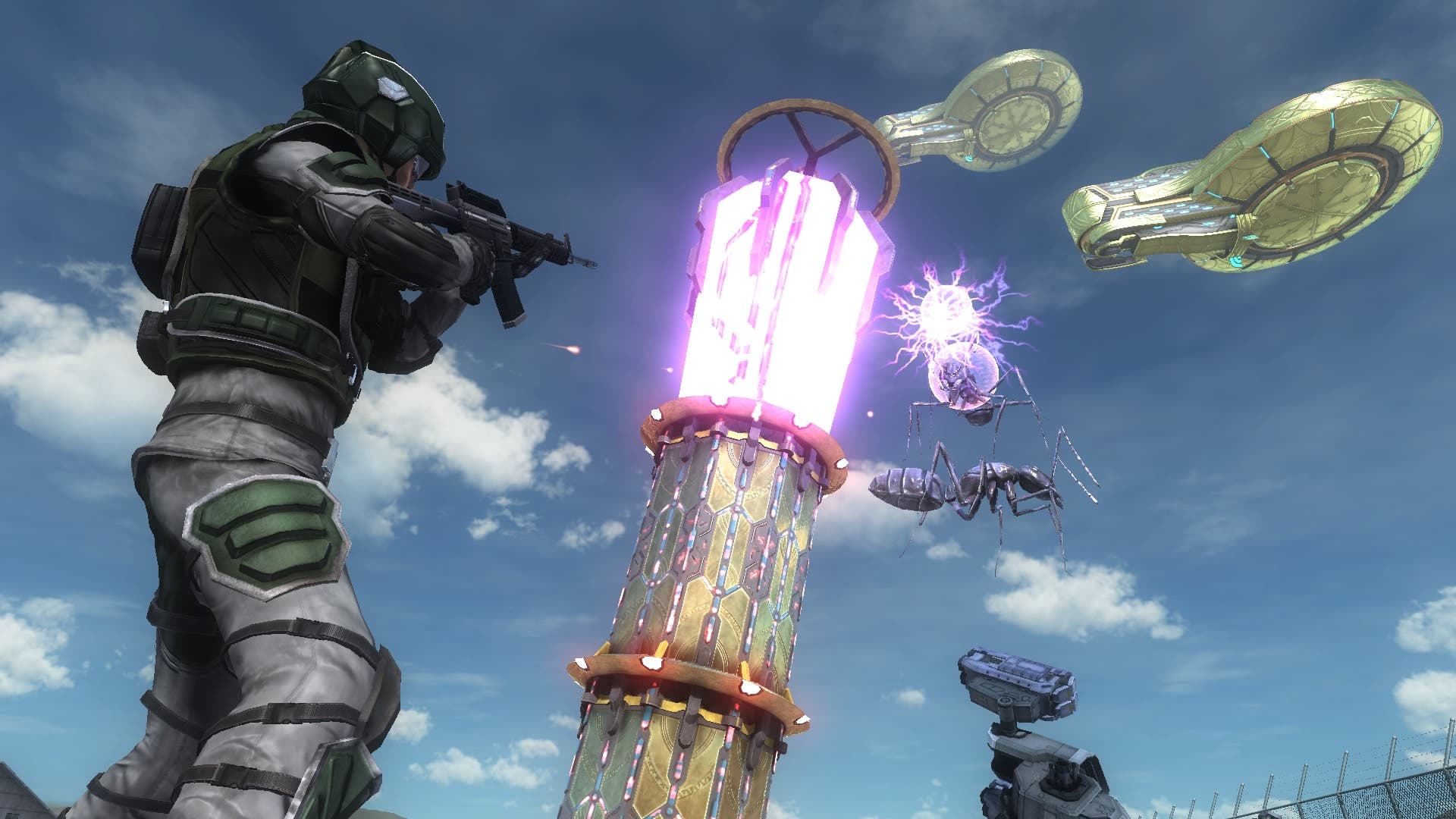 The EDF in game is focused on defending and eradicating the alien menace. There’s spiders, ants, lizardmen, robots, and kaiju all coming to destroy Earth. There are new enemies this time around in EDF 5, there’s the Teleport Anchor, Colonist, Cosmonauts, Archelus, and many more. A new end-game boss is unlike anything you’ve seen thus far, setting the stage for future entries to do some really exciting things.

The game’s objectives are varied, introducing huge towers the drive themselves like a stake into the Earth. These towers absolutely spew enemies from them, and so long as you have something explosive or high damage, you shoot the pink thing until they explode. It’s not all that exciting, but there’s a time pressure to kill these towers sooner than later, or run the risk of being overrun. Or there’s times you’ll drop in and there’s a tank or some other vehicle to use. Not having to run or walk anywhere is a blessing in this game, so you come to appreciate the missions like these that change things up for the better. EARTH DEFENSE FORCE 5 has a whole host of random improvements that are worth mentioning all the same. Caves now have ambient light to help see in them rather than the pitch dark abysses they used to be. Weapon pickups apply for all character classes, not just the one you’re playing as. But you’ll acquire more weapons for your class than not. You can now dismember the aliens by targeting arms or legs, even the head. There’s also added blood effects that cover buildings and areas like paint. Failing a mission no longer results in frustration as you have a chance of keeping the weapon depending on the difficulty selected; the higher the difficulty, the less chance you’ll have of keeping it upon loss.

With what I think is the first time, the EARTH DEFENSE FORCE series features weather, both on a visual and gameplay impact. When it rains or snows, it’s purely a visual effect to add atmosphere. When you come into contact with sandstorms, they severely impact visibility, which can lead to some nasty surprises if you’re not paying attention to your minimap. EARTH DEFENSE FORCE 5 is not a technical powerhouse, nor is it visually striking. It looks good, and performs even better. It’s a game that any system, old or new is capable of running it on its highest settings without any trouble. 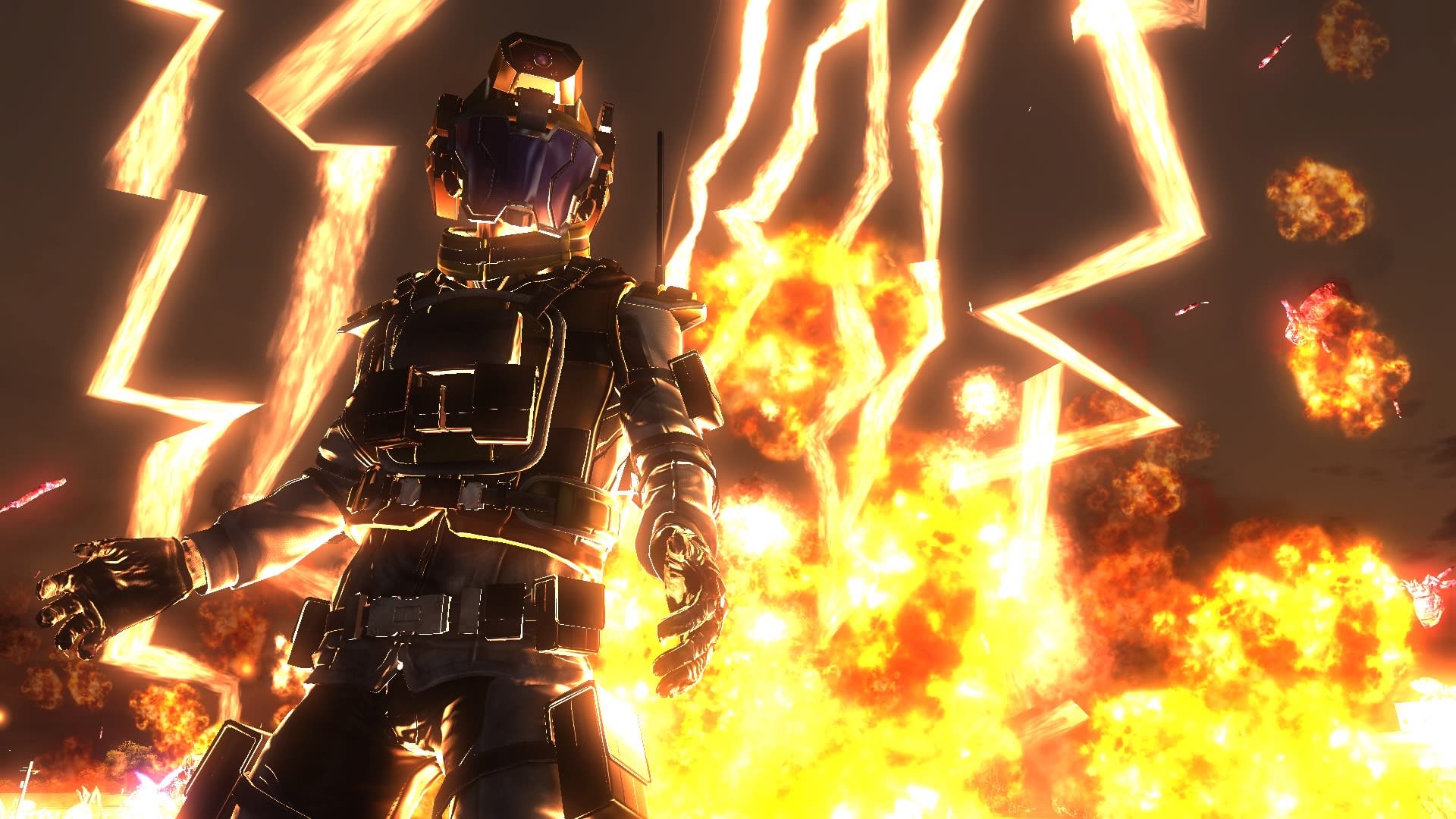 After thousands and thousands of bugs killed, the infestation is seemingly never-ending. Rebooting the series with EARTH DEFENSE FORCE 5 is likely for the best, making it an excellent entry point, but also a familiar place to return to. It feels right out of a Syfy movie, but its lack of gravitas is what makes it all work. Sure it’s a little unbalanced, a little uneven, but it’s a whole lot of fun. Whether EARTH DEFENSE FORCE 5 is your first or fifth time with the series, you’re in for a great time.