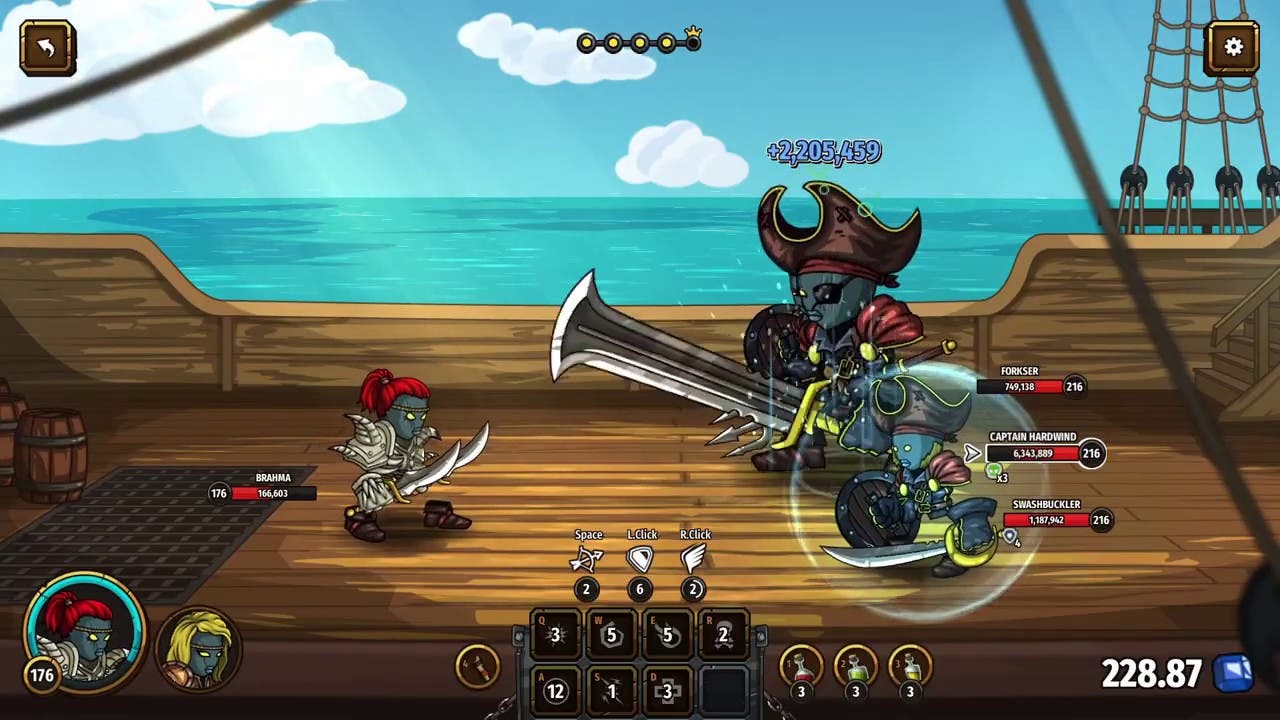 IRVINE, Calif. — July 22, 2019 — Armor Games Studios and indie developer SoulGame Studio have released the combat-driven RPG Swords & Souls: Neverseen on Steam, GOG.com and the Humble Store for Windows PC for $14.99, with a bonus 10% off discount available at launch to celebrate. This all-new standalone adventure captures and refines the action, training cycles, signature quirky visuals and humor players loved from the original Swords & Souls — the highest rated web game of all time on Kongregate and Armor Games, with an active, passionate community of over 20 million lifetime players combined — with even more fun content and surprises.

Swords & Souls: Neverseen is a lighthearted single-player game with fast-paced battles that blend real-time and turn-based action. Master a dynamic combat system that emphasizes player skill, thinking and timing, then make your character even stronger with an evolving series of arcade mini-games. Dodge and counter attacks, sling magic, shoot a bow and more against hordes of orcs, goblins, golems and other fantastic creatures.

Swords & Souls: Neverseen shipwrecks players on a wild, untamed world full of monsters, treasures, secrets and surprises where they’ll find themselves caught in a conflict between the villagers and an evil witch. Customize your hero with tons of equipment and abilities, and befriend colorful pets and mercenaries to fight alongside you in battle. When you need a break from exploring the map, return to the Haven to improve your home, go shopping, fill up the local museum or relax with some fishing!

Previously released exclusively on Kartridge in June to rave reviews from players, Swords & Souls: Neverseen’s expansion to multiple storefronts comes with a new update that introduces a bonus Endless Mode, achievements, support for additional languages, and leaderboards on compatible platforms.

For more on Swords & Souls: Neverseen, check out www.SwordsandSouls.games.