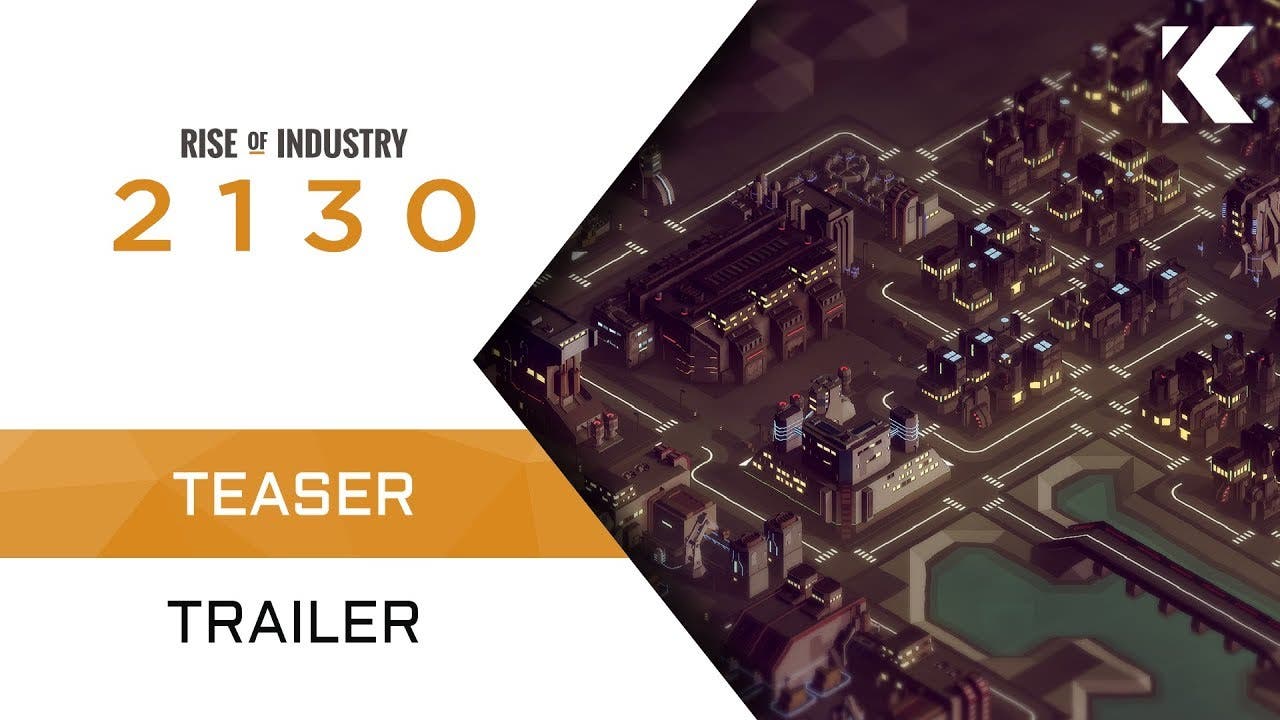 Leicester, UK, 16th August 2019 – Kasedo Games and Dapper Penguin Studios have today announced that tycoon game, Rise of Industry will be heading into the future in its upcoming expansion.

In Rise of Industry: 2130, your idyllic world of profit and loss lay in ruins. Mankind’s endless capitalism and destruction of decades gone by has given birth to a dark and desolate new world.

Now you must construct all-new technologically advanced production lines and rebuild your industrial empire in a bleak dystopian future.

Scavenge materials from ruins of former cities, place over 30 new buildings like the offshore algae farms or thorium mines, and move them to market with new maglev trains and cargo dropships.

The 2130 expansion is released in conjunction with the totally free Update 2.0 for the Rise of Industry base game and expansion. The new update is full of new features, such as Layouts, which allows you to build your ideal production setups and share with the community or replicate them as many times as you like. The introduction of seasons, a new objective-based ‘helper’ system, ‘The Assistant’ and a host of improvements and fixes completes the free 2.0 update.