Necronator: Dead Wrong is a comedic defense RTS with a deck-building twist, coming to Steam Early Access this year 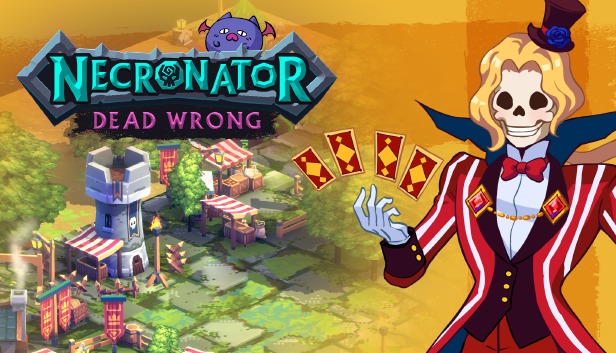 Jakarta, August 26th, 2019 — Rise up, army of the undead! Indonesian indie developer Toge Productions is teaming up with publisher Modern Wolf to bring Necronator: Dead Wrong, a comedic lane defense strategy game on Steam. Choose a unique commander and control your units onto the field in an exciting, fast-paced lane defense RTS combat—all with the sole objective to restore the Necronator to his former glory.

Launching into early access in 2019, Necronator: Dead Wrong features one commander and campaign, and the first two tiers of units, with more to come following the full release.

Wishlist and follow us for more updates on http://bit.ly/necronator-steam.