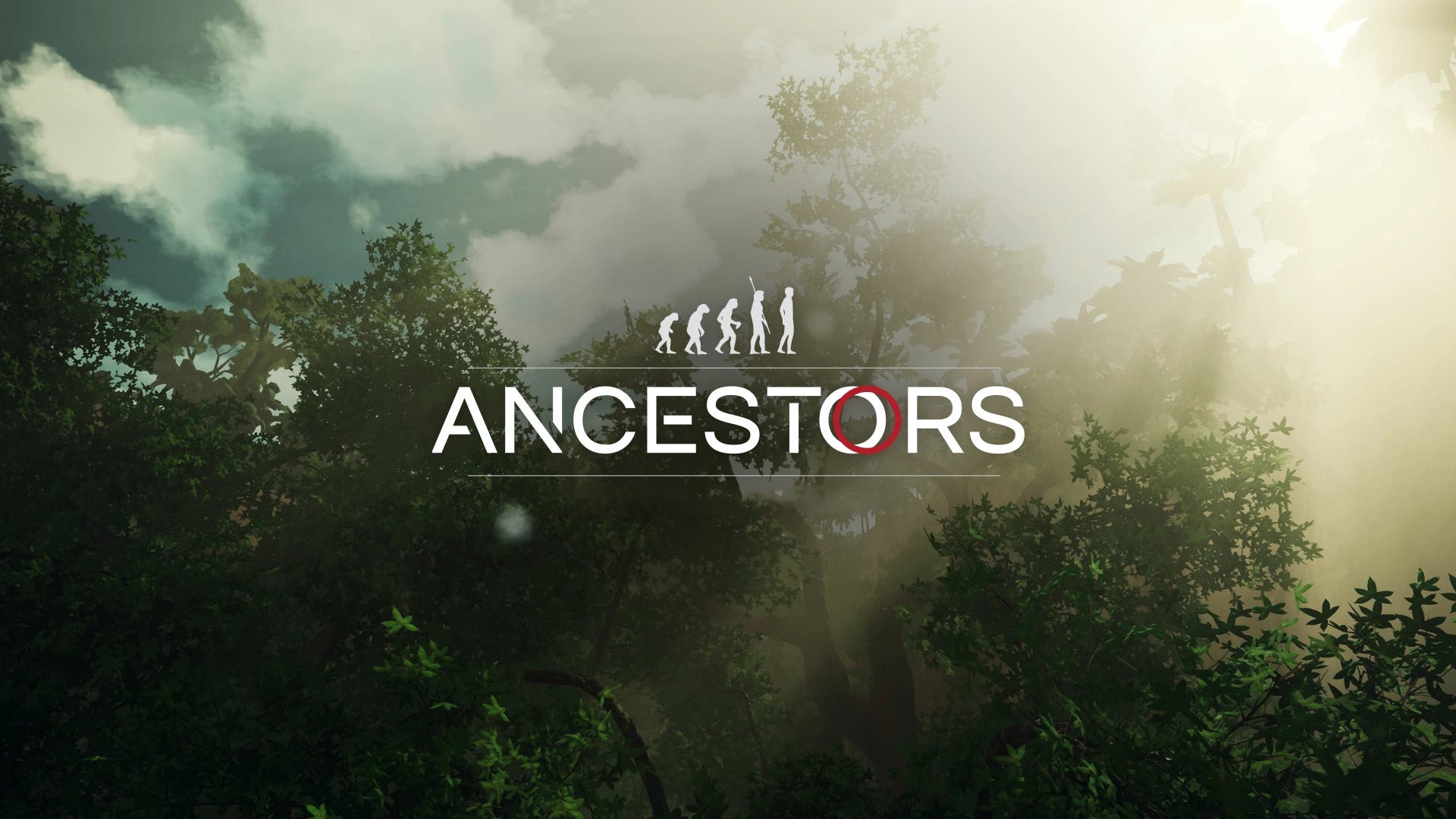 It’s bleak, and it’s dark. Strange noises terrify you, and you have no idea where you are. All you wanted? Berries from a nearby bush. Now your shuddering under some rocks. Afraid of the monsters outside who are looking for a much-needed meal. On the menu is Homosapien, this Homo sapiens in particular. As your mother attempted to fight off the hungry beast, you ran. Feeling guilty for leaving her but afraid she won’t make it. You call, she doesn’t reply. Ever growing concern buries you and clouds your mind. Do you die here, is this the last you’ll ever see of your friends back at the nest? Does your lineage stop here?

Ancestors attempts to let the players build their narrative and create their history of humankind. Through evolutionary mechanics and discovery, the game asks you if you’d be able to survive as our ancestors did through history.

In terms of enjoyment, the game is quite fun. They force you to explore your surroundings, so you don’t die of starvation, and they tempt you with creating new generations to pass down your knowledge and skills. After a pretty basic opening tutorial where you’re required to find a missing child, Ancestors let’s go of your hand and throws them up in the air proclaiming, “Nah son, you figure it out” even with the game’s interpretation of a guided-mode, you’re out to learn the game’s mechanics all on your own. 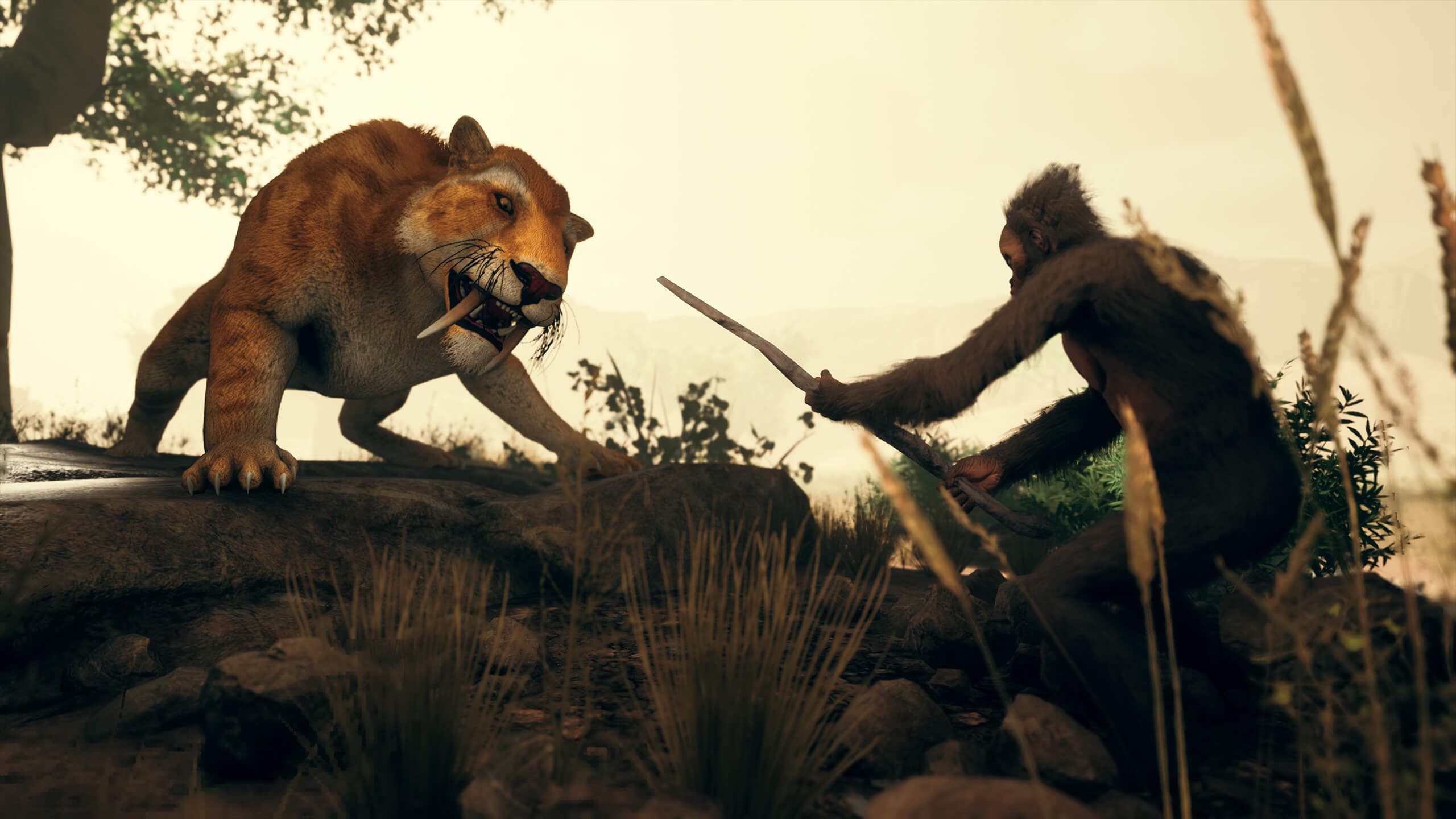 I didn’t have quite as difficult a time in some aspects trying to figure out what it was I was supposed to do as other reviewers had. I played as if I was on an adventure. I let the world around me take me on a ride. I would use my senses, unlocked through repetition of use, to figure out the items around me. Is this berry safe to eat? Don’t know but YOLO! I would use a sense of smell to find things in the treetops. Items that I could bring back to the nest to feed my clan. Maybe discovering that some rocks and twigs could be useful as tools. I ventured out exploring the big open world, seeing what the game had to offer. But even if I was enjoying my time in the world of Ancestors, there are a lot of decisions made that actively try to make the game less fun.

So yes, even as I was enjoying the discovery aspect, there were times that it was very frustrating getting your character to figure out what they needed to do with items. We, the player, know that you can use rocks as tools: crack open a coconut, start a fire, or use it for defense. But how in the world do we communicate that to our character in-game? What is it the game wants us to do and in what order to get our player to learn? There are no button prompts that say “stand next to this to learn that.” or “do this action to learn this action.” and that’s the frustration that comes from Ancestors. Your player doesn’t even understand how to hold two items at a time at first, a neat concept on paper but intimately frustrating in practice. In speaking of frustration, combat is not good. At first, all you can do is dodge enemy attacks, but the timing for this and on-screen prompting is not great. It’s quite possibly designed to be tough in this way, but it’s not fun. You are eventually able to understand how to use weapons, but even then it’s not a great way to play. I actively tried to stay out of combat best I could, as if I were playing more like a stealth game. Not a bad thing mind you but just not a good time if you’re noticed. 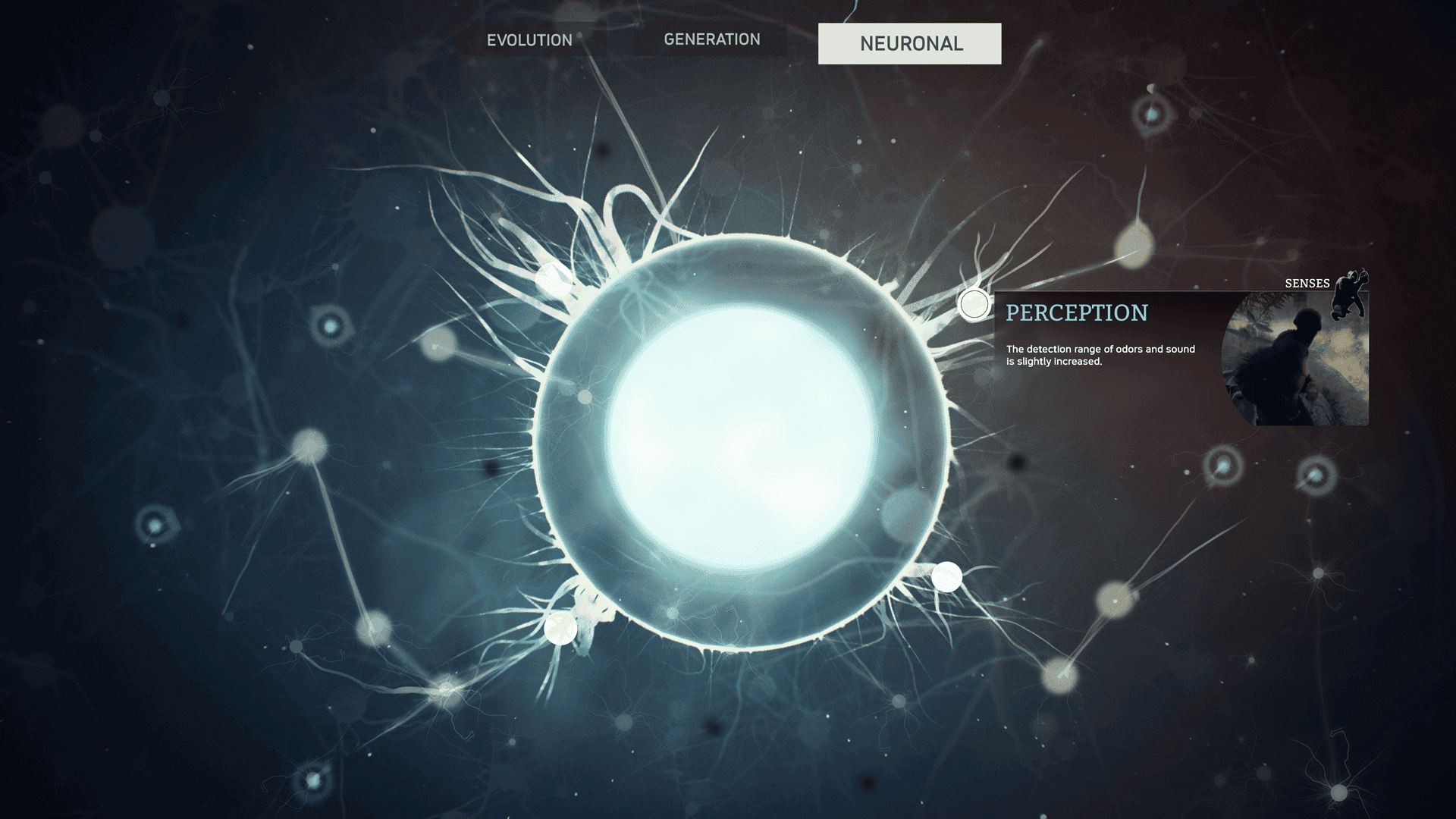 Because the game doesn’t tell you much, you’re left assuming some things. As I played, I remember seeing a tooltip pop up that said something about children learning from adults. They would learn if they are with you as you figure things out. So as my character was a mother of two, I had them latch on to me as I explored the world and learned things about it. I’m playing thinking that I’m boosting the knowledge of my next generation to keep my progress going. It makes sense, right? You’re teaching your child about the world, and what they can do in it, so as they grow they teach it to their children. It’s was a tough pill to swallow when I learned that the game only lets you keep two skills out of the many unlocked on to the next generation. I let out an audible “come on” and just picked two.

But that’s the loop of the game, create new generations and lock in a few abilities you learned from the previous one. Ancestors tasks you to do a lot of the work you had already done before, again. Sometimes you’ll get genetic anomalies that will make your lineage smarter & stronger, but it ends up being a lot of repetitive work to play through this game. The end goal is to survive obviously, but they compare your progress with that of real Homo sapiens to see if you’re further or farther behind that our actual ancestors. 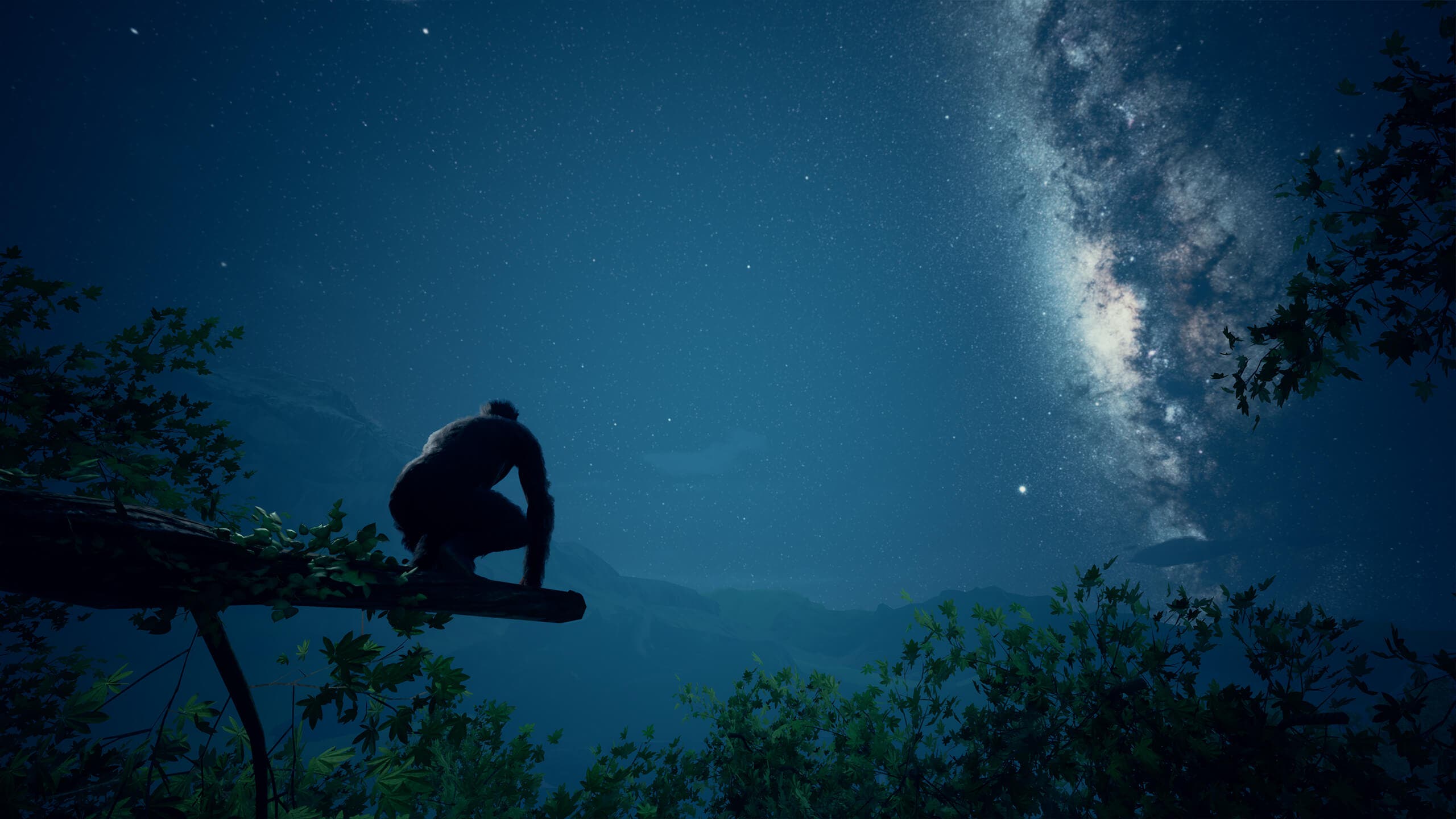 My wish for the end game of Ancestors is to have our character evolve into what we know as the common man, but I honestly have not made my way far enough to know if this is where things go yet, but I’ll keep playing and enjoying my time in the world. I only wish I could make my progression more enjoyable. I have no clue what to expect as I evolve further and I guess that’s the point, to be curious and excited about what’s next.